The boys soccer team hopes to keep the playoff roll going in a quarterfinal match against Grant Saturday, Nov. 6 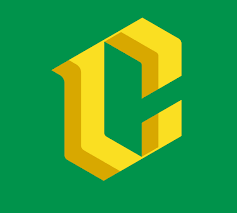 The Warriors boys soccer team has advanced to round three of the state championship playoffs after a huge 4-2 upset on the road on Wednesday, Nov. 3.

The South Salem Saxons only took two losses in the regular season, both against teams who ended up ranked ahead of them. They never gave up more than three goals. They had a 5-2-1 record on home turf, but that record fell to 5-3-1 due to a Warriors team that spent over an hour on a school bus getting there.

Between the pressure, the travel time, and the positionally strong opponent, it would’ve been completely understandable for Cleveland to start the game flat, but they did not.

After a few promising plays from each team failed to result in actual scoring chances, at 16:36 of the first half, Warriors keeper Ibrahm Garza set up for a goal kick, a situation where he likes to take chances with high passes over midfielders’ heads.

This pass by Garza traveled nearly 70 yards, ending up a 50/50 ball which a midfielder from each side attempted to make a play on. It was pushed to just outside the Saxons’ box, where Warriors sophomore Solomon Barnett was a step ahead, blasting a low shot straight through the falling keeper on a first touch. 1-0 lead for the road side.

“It felt amazing, coming into the #4 team’s house and getting an early lead really put them on their heels and gave us a lot of confidence going into the second half,” Barnett said about this goal.

The Warriors’ energy was felt both in their celebration and their play immediately after securing the lead, which Barnett also spoke about.

“It put the goal in sight for us, we came in as the lower seed, and we weren’t favored to win, so getting up in the first half gave us the mental boost we needed to finish out the game,” said Barnett.

That mental boost seemed to fall especially towards Ibrahm Garza, who made some great plays in the remainder of the first half to maintain the lead that he helped create. The two way value of Garza was crucial in this half.

In a word, Garza’s play was composed, making some very impressive reads on crosses into the box before they could reach the intended receiver.

The playoff atmosphere also became apparent in this stretch of the match, as the teams were taking no risks with balls near the net. Clearances were played high in the air without much regard for where they were going as long as it wasn’t near the goal.

Both goalkeepers were very involved in the pace of this game, aggressively shutting down passes close to their net and playing them out quickly in an attempt to catch the opposing team off guard.

Seeing how a team plays with a one goal lead is always interesting, especially in a playoff game, but parking the bus against a team that ended their regular season with a 7-0 win was not an option for Cleveland.

It was clear that Cleveland wanted insurance goals, but also that some pressure was off them. In all areas of the pitch Warriors players showed willingness to hold possession of the ball and wait for the right play to open up, since they no longer had to press for a goal.

Senior midfielder Seb Buscaglia created that insurance goal by himself at the 35:58 mark, on one of the best shots by a Warrior this season.

Buscaglia showed great patience, receiving the ball 40 yards from the goal and waiting until he knew exactly what he wanted to do with it. He finally advanced the ball, speeding past the left side of a defender who was slowly moving towards him. Once he found space almost 30 yards out he hit an absolute rocket into the top right corner that the keeper never had a chance of stopping.

South Salem found themselves in a 2-0 hole, and while they’d put together some great scoring chances (a soft header off a poorly aimed cross went over Garza’s head but hit the right post), they had not put any real sustained pressure on the Warriors.

This changed with around 31 minutes to play, as the Saxons spent nearly two minutes creating heart stopping scoring chances, including a dangerous cross that narrowly cleared the receiver’s head, and a rebound opportunity with no defenders between the Saxon and the goal, which ended up missing wide by a mile.

At 26:40 Cleveland got a lucky bounce when a South Salem header deflected off a defender’s head at a strange angle, but landed safely in Garza’s hands.

It looked like Cleveland was about to run away with the game when Stephen Treat recovered their momentum with goal number three at 24:43; he scored on a pass play that caused the South Salem keeper to over commit to the right side of the goal, opening up the bottom left corner for Treat.

South Salem’s urgency finally began converting into scoring chances, culminating in a penalty drawn just inside the box at 23:12.

Senior forward Nathan Martinez took the penalty for the Saxons, a well played shot along the ground into the bottom right corner of the net. Cleveland’s lead was cut to two goals with more time to play than they’d like.

Once again, Garza got to work protecting Cleveland’s lead, holding onto an errant pass and a weak shot that bounced in front of him.

Carrying on this steady performance, Garza made his best save of the match with 10 minutes remaining. He dove far to his left, cleanly saving a shot headed for the bottom corner.

Cleveland worked the ball back to the South Salem side, drawing a free kick on a hard tackle at the 8:02 mark.

The Warriors conceded one more goal, when South Salem forward Julian Rivas Delgado found himself open in the center of the box, putting the shot past Garza’s right side into the middle of the net, but with 3:58 to play this push proved insignificant, and Cleveland locked down their convincing upset.

When asked what the Warriors proved in this game, Solomon said, “coming out strong can demoralize a team and give us the advantage. And the rankings don’t matter, we beat #4 so we can beat #5.”

Solomon and the Warriors will play an all-PIL quarterfinal matchup against #5 Grant on Saturday at McDaniel High School. Tickets are $5, and fans are encouraged to show up early for the 2:30 kick off.

a lucky bounce on a very strange deflection of a defenders