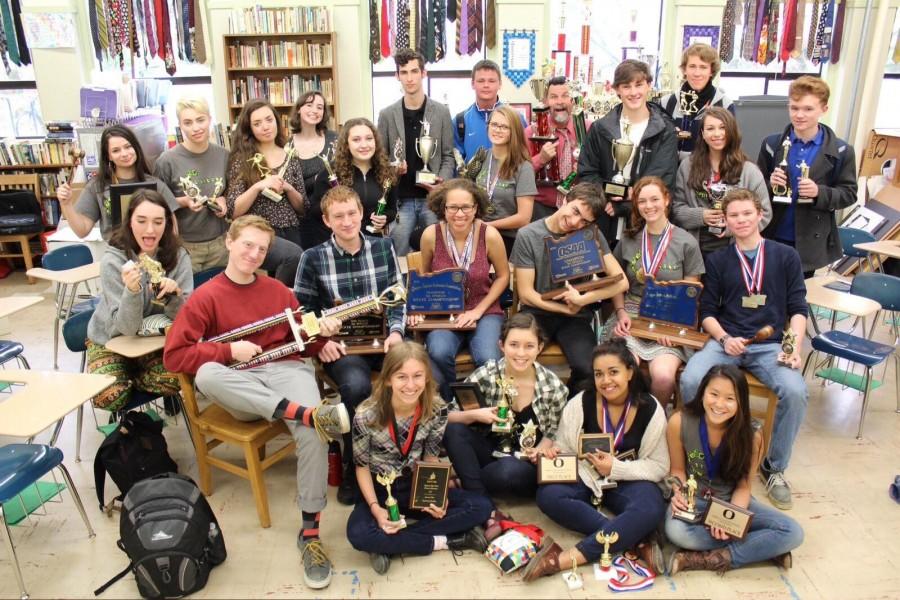 The Cleveland Cannibals, fresh off their recent district championship, are trying to go for yet another state title, their fourth in a row, on the strength of 29 participants.

The team has won the state championship from 2012-2014. Now they will look to cap an already successful season by being state champions, the highest honor for young speech and debaters. Cleveland was the top team in the PIL for the sixth year in a row, and will get a chance to battle against the best debaters the state has to offer.

At the district championship, Cleveland scored 253 points, by far the most of any participating school. The next closest team was Lincoln, scoring a paltry 137 points.

Cleveland will be well-represented at state with 29 participants competing in more than a dozen events. The team is sending a legion of battle tested debaters. Cleveland has many public forum debaters, including sophomores Terrell Cunningham  and Joseph Brower, and junior Henry Harding.  Junior Teddy Wyman and is competing in impromptu extemporaneous speaking and Lincoln-Douglas debate as well as senior Keegan Williams-Thomas.

Junior Hannah Dressa, another debater going to state, commented on what many debaters feel as they prepare for competition: “I’m super pumped; it doesn’t feel real.” Some other speakers to watch for are  Michaella Joseph, Monica Arnone and  Evan Billups. This is just a small fraction of the many skilled speakers that will try to bring the title back to Cleveland.

Head Coach Patrick Gonzales said, “I knew we would do well. I was surprised that they won by such a wide margin.”

Cunningham summed up the district championship by saying, “All around, it was a good experience; hopefully the team can do just as well at state.”

The Cannibals will be competing at state from April 23-25.  There, they will try to add another title to their speech and debate dynasty.