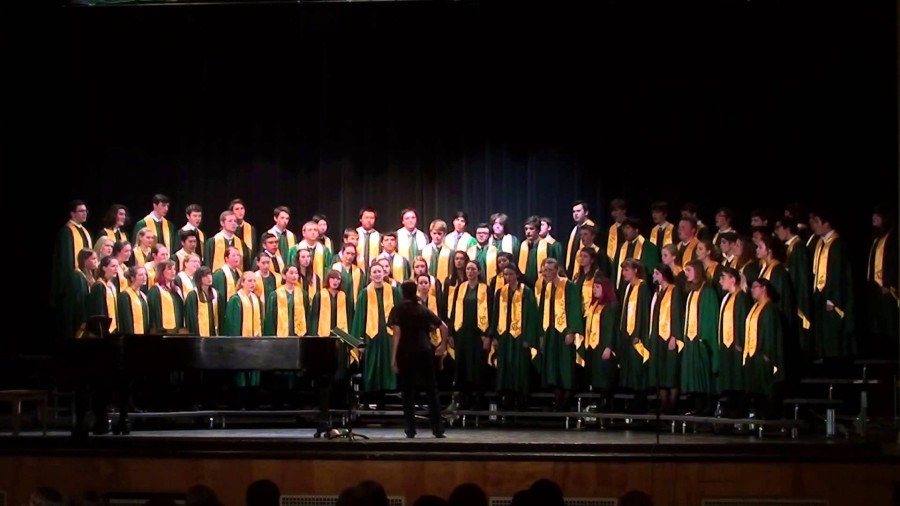 After being blocked out of this year’s choral state competition by the OSAA, Cleveland’s A Choir decided to find a way to share their music anyway. After a suggestion by the department’s dedicated volunteer, Mary K Parham, the choir concurred that hosting a benefit concert for disaster relief in Nepal was the ideal response to the unfortunate situation.  Reaching out to other choirs to join them, A Choir began the preparations for a night of celebratory music.

On Thursday May 21, nearly 200 supporters filled Trinity Episcopal Cathedral in downtown Portland. Joined by Wilson W.A.V.E and the Grant Royal Blues, A Choir was able to share the state set that they had dedicated months of work on to a room full of people who supported them wholeheartedly. The choir also invited a representative from Mercy Corps, the organization they were using to donate the proceeds from the event to the Nepal earthquake relief fund, to attend the concert.  The Mercy Corps representative was able to inform the audience on the severity of the conditions in Nepal and what the donations would be used for.

The chatter within the choir after the concert was upbeat and positive. “We took advantage of the fact that we couldn’t go to state and we turned it into something beautiful,” said junior A Choir member Bella Forrest about the performance.

In response to the success of the night, choir director Diana Rowey said, “The choir was able to let loose and have more fun, and at the same time, we were able to create some good for a lot of people.”

The amount raised for disaster relief in Nepal was not available at press time.