Stigmas are automatic, but not necessarily true 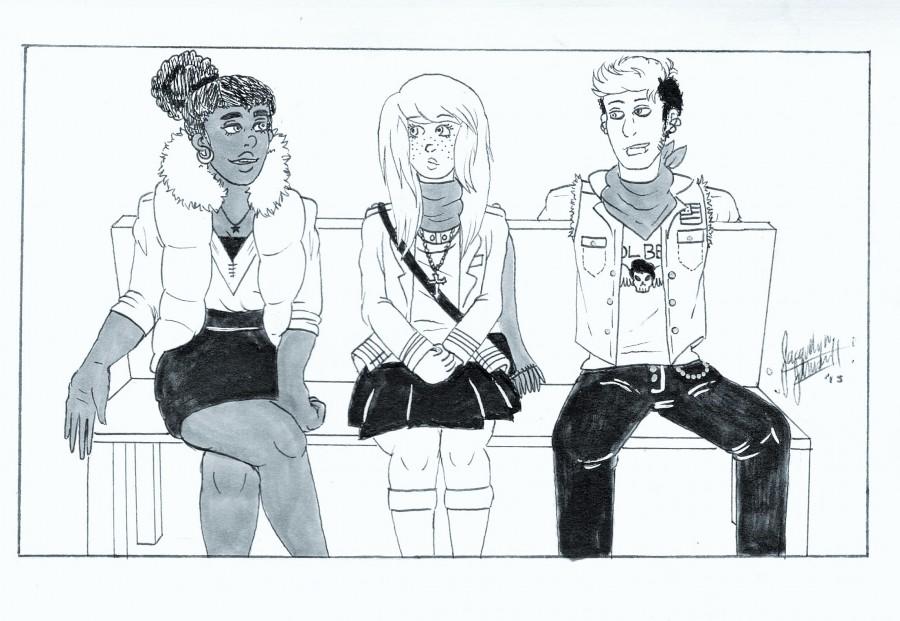 In our society, we love stigmas. They seem to stem from everywhere, and before we know it, they become cultural mentalities.

Stigmas are a representation of a person or an overall group often containing stereotypical properties, leading to these cultural mentalities. When we create stigmas, we separate ourselves even further from equality.

One example is the stigma surrounding Christianity. In today’s culture, Christians are perceived to be frigid, judgmental people who do not support LGBTQ rights. Yes, certainly there are Christians in this world who are extremely judgmental and prejudicial, but we are not all like that. Many of us are, in fact, quite progressive. However, due to the stigmas surrounding my religion, I have often times been the victim of prejudice. Many will make assumptions about my personal beliefs based on my spiritual ones, which are often incorrect. I have even been verbally accused of these things, leading to detrimental effects on my security in sharing my spirituality. These accusations typically contain assumptions about me being a highly prejudiced human or even being a prude.

We see stigmas around everyone. It’s so ingrained into our society that it’s depressing. Stigmas and stereotypes control the way we view one another. When I hear someone tell me they’re gay, I automatically assume that means they feel very feminine, which is not always the case. It’s a reaction I can’t control it. What I can do is choose not to acknowledge my assumption.

It can go the other way as well. If we see a more feminine guy, the vast majority of us assume he is gay. Which is once again, not always the case. Stigmas can be created based off what someone wears, what someone likes, how someone looks, and many other aspects of our daily lives.

By segregating people based on a similarity, one is increasing the discriminative cultural mentality in our society–a habit that needs to end. In my experience, this segregation has led to assumptions and discrimination about one another, and this needs to end.

By stigmatizing others based on their similarities, people are taught that you can’t trust or support each other. Since these stigmas are inaccurate, that separation is extremely unjustifiable.

Another example of how stigmas are detrimental to the fair treatment of individuals is that of the stigma surrounding the police. Because of the recent tragedies highlighting the activities of bad police officers, all police officers are now associated with being racists and “trigger happy,” when this is not true at all. This helps enforce a segregation between police officers and other people, especially in low income, high crime areas. It’s the same inaccurate association between Christians and being judgmental. You cannot stigmatize people based on their commonalities.

Let’s start building positive relationships with civilians and those in uniform. Let’s work together to end this horrific problem that is causing the loss of too many innocent lives.

Together, let’s work to eliminate stigmas. That’s the only way a change will ever be made. As someone in one of those privileged groups, I refuse to state any solutions. I can not speak on behalf of the underprivileged because I have no idea how these people feel.

No matter the color of our skin, our sexuality, who we love, our religion, or anything else for that matter, we need to stop spreading these stereotypes. We still have a long way to go, but we aren’t getting any closer by promoting even more segregation between us. Let’s eliminate the stereotypes and start promoting that everyone is unique and no one can be grouped together by a similarity. We all have our own minds with our own opinions, so we need to stop acting like we are all one, because we are not.

I completely believe that promoting stigmas makes this situation worse. How are we fixing a problem if all we are doing is replacing it with a new one? How does replacing one stereotype with another fix anything? It only passes it along to another group. I have a brilliant idea: Why don’t we just work to get rid of them all together instead?

If we were to stop segregating each other by commonalities, it’d be revolutionary. No, it’s not as easy as just stopping, it is immensely more complicated. It is, however, a journey worth partaking in. By learning to be conscious of this prejudice and discrimination and putting effort into discontinuing this vicious cycle, we could make large strides in ending stigmas and stereotypes. Together, let’s make this world a more accepting place.