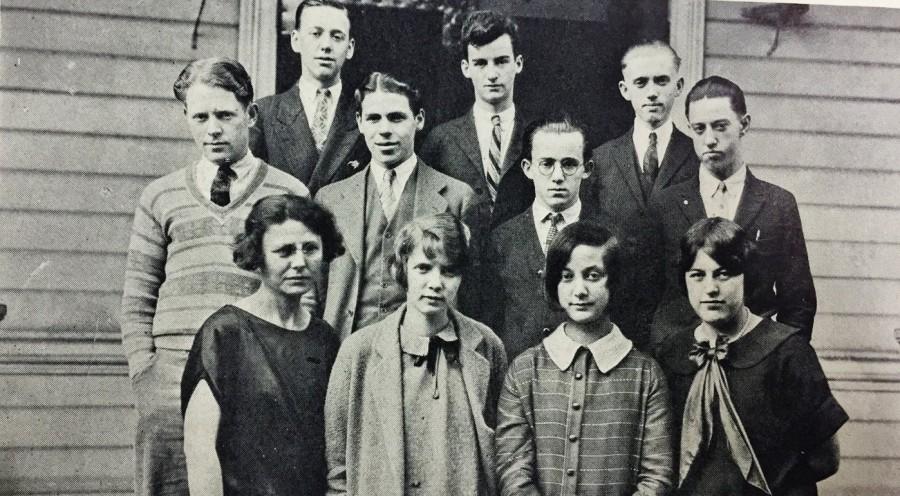 The staff of the 1926 "Blotter" together just 10 years after the school was established.

Plans for Cleveland’s 100th year celebration began in earnest recently when it was discovered that the class of 2016 — this year’s seniors — would be the school’s 100th graduating class, not the class of 2017 as originally thought.

In researching Cleveland’s history, alumni members miscalculated when exactly the school had formed, confusing the opening of the school due to the fact that it technically opened within Lincoln High School a year before operating in its own building.

As a result, the 100th year celebration committee realized it had to act fast and promote events this school year that celebrate Cleveland’s rich history. However, the committee had already made several plans for the 2016-17 school year which were unmovable, such as an all class reunion and a family walk/run, where they have plans to involve neighboring middle schools and elementary schools.

On the calendar this year, however, are the typical annual events, but with the theme of a 100th year celebration such as the auction, distinguished alumni awards, graduation and the athletic hall of fame ceremony. The most visible event will be Cleveland’s participation in the Starlight Parade in June in which clubs and sports teams can walk the famed parade route celebrating Cleveland.

There are also other events planned for the 2016-17 school year that will stay. While there will still be many celebrations that will be happening in the 101st year of Cleveland, the alumni board did manage to make plans to celebrate the real 100th year as well.

By Jan. 1, 2016, the alumni board is expecting the publication of its book — all about Commerce-Cleveland’s history for the past 100 years, which will go on sale in print, and an electronic version will be available for purchase as well.

Hall decorations this year have the theme of the 100 years celebration, with each class receiving 25 years of history to represent to the best of their abilities. This is a part of the celebration plans representing Cleveland’s past.

So, the class of 2017 is not the 100th graduating class as once believed. It is, in fact, the class of 2016 that represents such a huge milestone. Due to this miscalculation, though, the celebrations for the 100th year will continue to the 101st school year, letting students continue to celebrate and immerse themselves in Cleveland’s history.