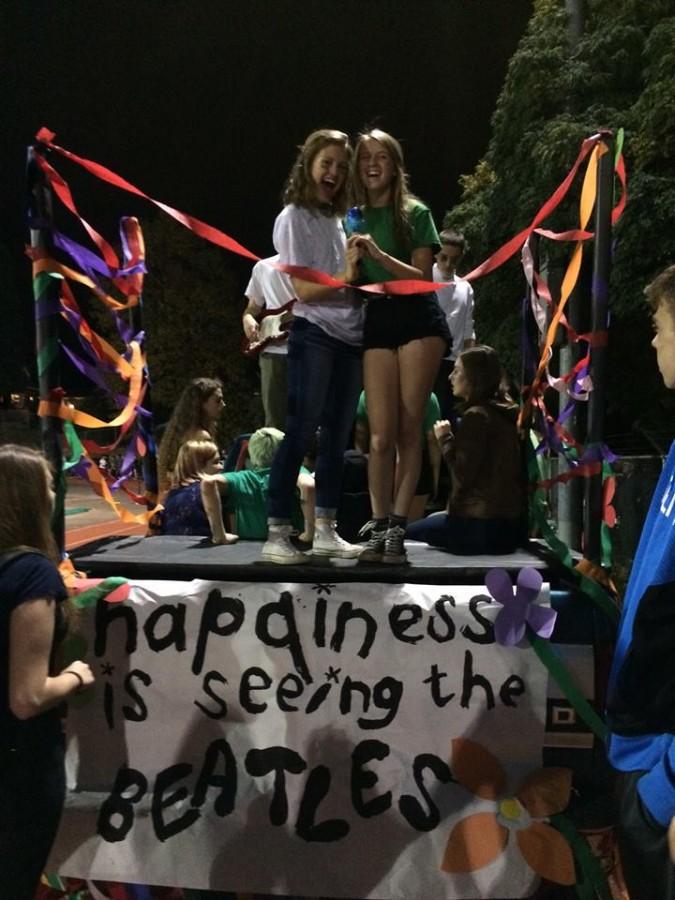 For the second time in school history, Cleveland did not honor a homecoming king and queen this October, but rather a queen and queen.

Juniors Tori Tefft and Kayla Nichols were voted to represent their class in the Homecoming Court by their peers and then were named queen and queen after defeating the other class representatives in a relay at the Homecoming Assembly Oct. 8.

Cleveland elected to abandon the traditional king-queen court format and take the two most-voted students in each class, regardless of gender, as the court representatives. The school first made this rule change in 2013 when then-seniors Laurel Osborne and Sophia Schoenfeld, a lesbian couple, were voted into the Homecoming Court. The barrier-breaking story was hailed as a visible step in the fight for gay rights and made it into news publications worldwide. Since then the school has kept the rule change to advocate for gender neutrality and stay away from classifying gender labels.

“We are being very respectful and not putting people in categories,” said Activities Director Camille Adana.

Tefft and Nichols were the only same-gender representatives. Both girls are in the leadership class and transferred to Cleveland at the start of their sophomore years, Tefft coming from Coeur d’Alene High in Idaho and Nichols from St. Mary’s High in Portland. Tefft runs cross country and plays tennis while you can find Nichols making things happen on the soccer and lacrosse field.

“I’m really glad to be a part of this school and community that is so open and supportive,” said Nichols.

Representing the senior class in the court were Jake Heins and Bridget Garland. Voted in for the sophomores were Terrence Phal and Drew Cooksey. Lastly, the freshman court consisted of Jacob Healy and Erica Luu.

Although Tefft and Nichols won their class vote, the road to the top of the court was no easy task. The duo still had to win the annual Homecoming Court relay. This year’s relay called for a three-legged race, one partner draping the other in paper towels and then dragging them across the court on a sack, and even pie being smashed in participants’ faces.

The seniors claimed an early lead, but Tefft made up serious ground as she dragged Nichols across the court. “I had all this energy and adrenaline running through my body and I loved looking up when Tori was pulling me on the beansack at all the juniors and they were all cheering us on,” said Nichols.

In the end, the juniors barely beat the sophomores to the finish, bringing back pride and bragging rights to their class. “My face was really sticky the whole day afterwards, but it was really fun and it was fun to beat everybody. I’m excited to have it be the juniors because it’s always the seniors,” said Tefft, who caught a pie to the face during the competition.

The Homecoming Court was recognized at halftime of the Homecoming football game, with each class pair riding out on cars from and decorated to match each class’s hall decoration time period. Each theme honors a time period in Cleveland’s 100 year history.

Again though, the real story lies with how the Homecoming Court reflects Cleveland’s acceptance of all students.

“It represents amazingness, open-mindedness, true reality of time. We’re not in the old archives of time. I love the way we do it here, it’s just not stereotypical,” concluded Adana.