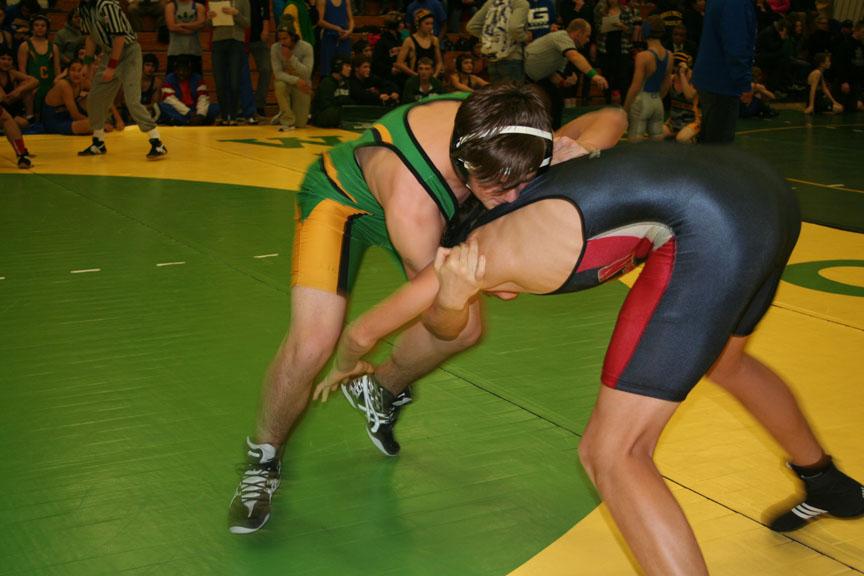 The Cleveland Warriors have high hopes for the 2015-16 season. The wrestling team has had much success in recent years. The team has won the PIL in four of the last five seasons and hopes to continue its dynasty through preparing new wrestlers for the upcoming season.
This year’s crop of wrestlers will be led by veteran head coach Jeff Zerba, who is also a health teacher at Cleveland, and assistant coaches, John Taylor and Keegan Hammond.
The team shed a lot of experienced wrestlers at the end of the season. A new generation looks to continue the team’s winning tradition and add to its legacy. There are 30 wrestlers on the team that have not ever wrestled before. This team has 21 freshmen, compared to only five seniors on the team. According to Zerba, this is the youngest team in nine years. “[We] lost a lot of experienced wrestlers,” said Zerba. However, he added, “We should do a good job.” Although this is a young team, it still has plenty of experienced veterans as well. Some examples of these warriors include Junpei Hunt, Isaac James, Simon Brown, and Lily Salisbury.
Said Simon Brown, a junior who took fifth in state last year in his weight class, “We have a lot bigger team. My hope is that as a team we become more experienced.” He also explained that it is “hard to think of PIL,” due to the fact that the team is young and trying to gain experience
Isaac James, a senior on the team, shared his thoughts as well. His goal for the team is, “trying to take PIL. [We] want to take a lot of people to state.” He added, “We work hard.”
The team this year looks to balance past success with getting new wrestlers experienced. New wrestlers will have a chance to show their skills in their first tournament hosted at Liberty High School. Here, they will compete against a plethora of schools from across the region and against PIL foe, Roosevelt. Cleveland later this season will host its own tournament, where Cleveland will compete with teams from afar such as Tualatin, and Reynolds, and PIL competition such as Franklin, Benson, and Jefferson. Until then, the team, as James put it, will work hard.