Round One: Clarion trivia winners 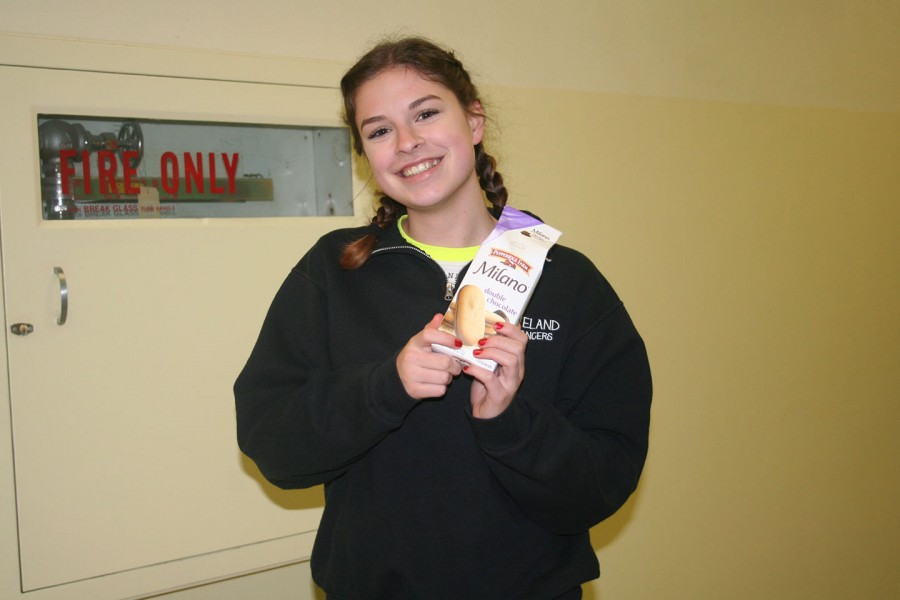 The Clarion posted the trivia quiz at its site online (clevelandclarion.com) and more than 20 people responded and 11 individuals correctly answered the question. Out of the correct responders, Clarion adviser Andy Sorensen picked Larson’s name out of a hat.

“We are thrilled to reward Alex for her participation in what we hope is a fun way to learn about Cleveland during this year’s celebration of our history,” said Sorensen.

Commerce was known for a few different types of courses including bookkeeping, shorthand, and “gregg shorthand.” “Gregg shorthand” is the same as stenography, which is the art of writing in shorthand.

Shorthand is the making of shorthand notes and subsequent typing them out.

Like Warriors is the name today, and Indians previously, Stenogs was our name then. Stenogs being short for stenography.

In 1948 the change from Commerce to Grover Cleveland took place amidst a growing need for more comprehensive schools instead of a division between academic and vocational schools. Commerce was seen as a business focus school and managed to maintain its business classes during the change. More science, math, drama, and language classes were among some of the added classes to Grover Cleveland.

The selection of the new name Grover Cleveland was to follow the trend of other cities to name their high schools after presidents of the united states. The name change was also chosen due to the request of students to keep their school letter “C.”

Congratulations to the following people who correctly answered the trivia question: