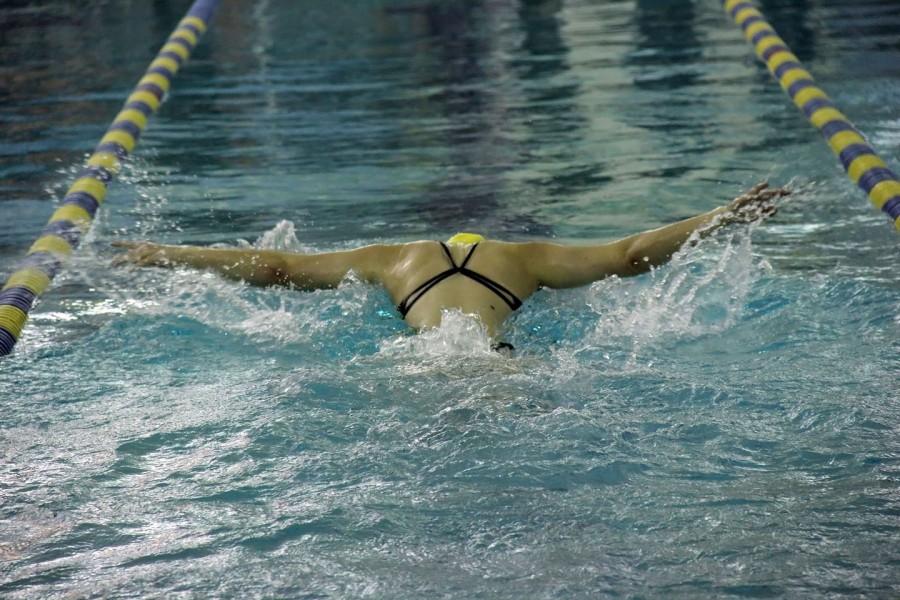 While everyone else was on winter break relaxing and enjoying those extra snow days, the Cleveland swim team was still getting in their exercise preparing for their next meet on Jan. 15 against Lincoln.

“We have had two meets so far–first, one against Franklin, and the second against Wilson. The athletes are competitive and their times will be dropping soon,” said swim coach Mollie Starr.

Transportation with the “snowpocalypse” that occurred definitely made training more difficult. “I went out of town, so because of the snow days we had and the time at which the practices are held, the pool was harder to get to. For example, we couldn’t swim on Monday [Jan. 4] or Tuesday [Jan. 5] because it’s a school-related activity,” Adam Nayak, sophomore said.

Because of the small numbers, it could be harder to do workouts as well. “I feel kind of out shape since we only had three practices a week. We usually don’t get many people coming to winter practices, but we did get a substantial amount in comparison to past years. The team had a lot of fun, but we don’t actually do any conventional swimming,” said senior Joey Henderson, captain.

The season has proved to be quite competitive as the district and state meet approaches. “At this point, our club swimmers Tyler Soo, Tanner Montagriff-Peck are looking promising for state, but since we’re 6A this year, it’s really hard to go to state, it’s a really awesome accomplishment if they do qualify,” Henderson said.

More than anyone, the freshmen and newcomers are showing their competitive sides. “We had a lot of new people come out for swimming, which was awesome. They’ve been getting a lot of good training in how to do certain strokes and what an actual swim meet is like. We’ve been kind of guiding them through as captains. You kind of have to hold their hand a little bit, but after a couple meets, they’ll really start to enjoy it,” Saling said.

With a lot of swimmers doing club, they get that extra practice outside of the school realm which really helps in the competitions.

“[I think] the guys are undefeated at this point. They are doing really well. There are a lot of girls on the other teams who are pulling the points for different schools which is a big factor, but the girls medley relay is doing really well,” said junior Tanner Montagriff-Peck.

Especially as the season heats up, the team has been improving their times. “We’ve only had two meets so far, but we’ve done well at both of them; a lot of people have been setting PRs lately,” Henderson said. With many of the club swimmers hitting close to Olympic trial times, the chances of qualifying for state is very likely.