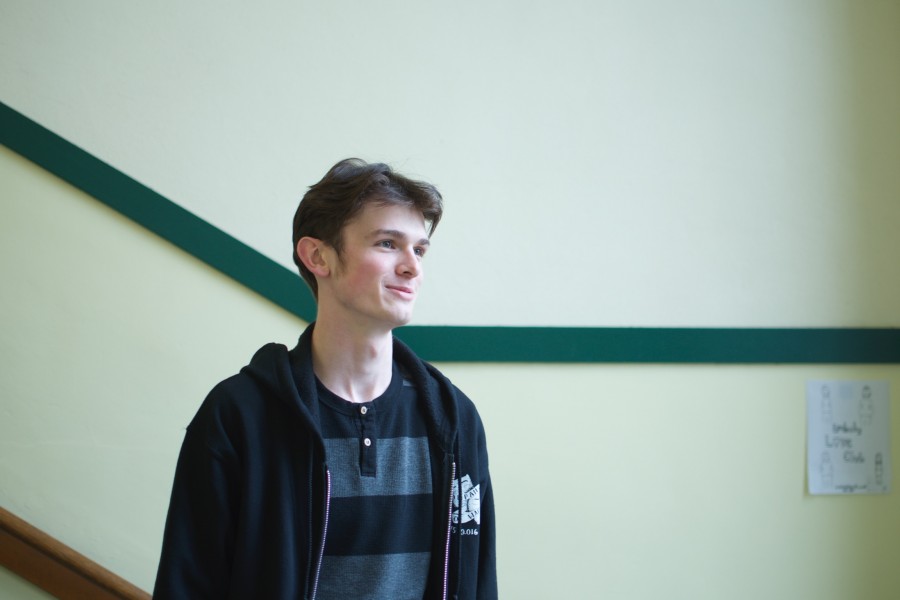 PHOTO READY- Junior Asa Hack began modeling as a freshman at Cleveland and continues to do so. Meg Matsuzaki photo.

Asa Hack is not only a student and athlete, but also a rising model.

Hack, a junior at Cleveland, started modeling his freshman year. After changing his profile picture of Facebook, he started gaining attention from friends who suggested he look into modeling. Hack commented, “So I was like ok. I sent in a few headshots to a few agencies. They told me I had to cut my hair but sure.”

Hack explains how the modeling industry isn’t what people may perceive. When he went to interview with a modeling agency, he recalls Nina, the woman in charge, said that if he was in the modeling business to gain popularity or to be in magazines, he should get out. She said if he wanted to make make a living and have a career plan, he could stay and have fun with the modeling agency. Though he knows the stereotypes of many models, he stresses that many models he knows are modest, intelligent, and friendly people.

One of his first modeling jobs was particularly memorable. He drove an hour to meet a photographer from Canada in a little house in the middle of nowhere. Hack describes the meeting: “There were chickens and stuff. We were just walking around taking pictures and at one point he told me to put my head in a bush. I was like ‘what?’ and then he said ‘lean forward and put your head in the bush.’ And that was one of the pictures that was featured in a super fancy fashion magazine. It was just kind of goofy. There were two other guys both in their mid-20s and I’m just this 16 year old there.”

To Hack, modeling is not only about getting photographed, but making human connections in the line of work. After the meeting, they went to Burgerville and had a meal, since Burgerville was an experience the photographer had never had before.

From there, Hack’s career started gaining speed; he was featured in a few photo shoots with professional photographers and has appeared on two online stores based in Portland, Frank’s and Table of Contents. He recently traveled to Seattle for a job.

Though Hack has been featured many times, he explained, “It’s pretty weird to see pictures of myself in magazines.  It’s all goofy cause I’m just a geeky, nerdy guy and being in fashion magazines is pretty weird. It feeds my ego a little bit but not to the point where I’m going to be an a——.”

He was recently offered the opportunity to go to New York, but has experienced some obstacles. “The agency pays for the hotel room and the transportation but we have to pay for the plane ticket, which we don’t have money for. I’m trying to get a part time job with consistent pay so I can earn the money to go to New York and sign off with the two top agencies in the world who are fighting over me right now, and then start to make a lot of money.”

Though he has experienced a taste of stardom, modeling hasn’t affected how people treat him. He continues to have great friendships, and his modesty hasn’t changed. He commented, “I can always tell who are my good friends because if I show someone a picture of me then they may say ‘oh that looks so good.’ But my best friends who see them just start laughing hysterically and tell me I look ridiculous.”

When asked if modeling has changed his life, Hack simply responded, “Being a model hasn’t really changed my daily life at all- besides I have a few more stories to tell. I’m really the same person, I’m just in a few magazines.”