The misrepresentation of Muslims in the media 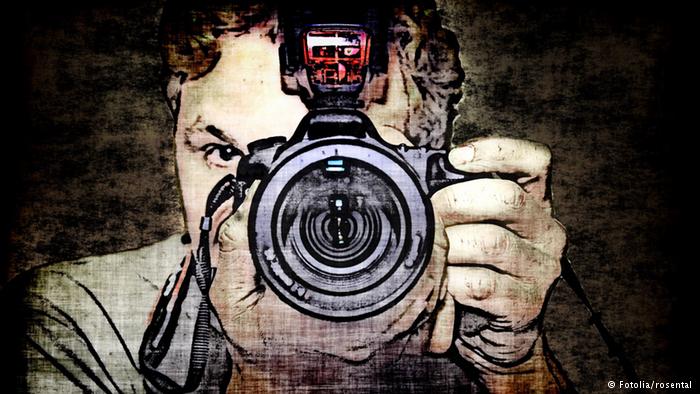 With the reprehensible and ridiculous remarks that halfwit presidential candidate, Donald Trump has made throughout his career, it did not come as a surprise when his simple-minded, black hole of a brain turned to attack Muslim communities. His statement, assuredly out of fear, ignorance, and mental incapacity called for a “total and complete shutdown of Muslims entering the United States.”

Simply stated, if you have ears, you’ve heard about it. This statement delivered a direct attack on followers of Islam, inappropriately and falsely alleging an association between Muslims and terrorists. Frighteningly, this has become a more popular opinion than any rational-minded person can bare to hear, and these misperceptions are taking a disheartening toll on the representation of Muslims across the U.S.

Sadly enough, Islam is a drastically misunderstood religion. Like any other belief system, there are countless deviations of customs and practices. Unlike how Islam is typically represented in the media, it is not a linear religion or a single entity; a plethora of traditions can be found under the Muslim umbrella. It is one of the world’s most popular religions, accounting for nearly one fifth of the global population, according to Google. Political events have inaccurately helped to color a negative perspective on Islam, perpetuating misunderstanding and fear-mentality within outsiders. Statements like Trump’s only add fuel to the fire—a detrimental and catastrophic mess, considering that the great majority of Muslims are peaceful people.

“Growing up [as a Muslim], if you kill a fly, that’s a sin,” said junior Biftu Amin.

Islam is much different than it is portrayed in the media, she explained. “The religion itself is a very peaceful one. The core things that I believe in are to do good for many and for yourself, and to be kind, generous, giving, and honorable in everything that you believe in. That is what Islam is to me, not ISIS,” Amin said.

Because of this inaccurate association with terrorist groups, Muslims must face abhorrent and unprecedented discrimination for ideals they don’t follow. The reality is that hateful groups like ISIS distort the peaceful beliefs that most Muslims hold dear in a manner similar to terrorists, and naïve outsiders perpetuate the stereotypes. This discrimination is all kinds of unjust and inequitable, but mostly, it’s false.

“We like to maintain peace around us,” said Gendrit Hoxha, junior. “[The people that follow ISIS] are falsely Muslim. I don’t believe that any culture or religion depends on crime or creating crime.”

Said Amin, “The stereotype that I see being made against Islam is that it influences violence. That is not at all what it is. The way that people see it today is like the whole comparison between ISIS and Islam. It is two different things.”

Truthfully, there is no correlation between terrorism and Muslim faith, though many conservatives will assure you otherwise. According to the New York Times, the majority of mass shootings are actually perpetrated by white men, not Muslims. Furthermore, mentally disturbed white mass shooters are never called terrorists—in the eyes of many conservatives, one can only be a terrorist if he has been radicalized in the Middle East. By definition, a terrorist is of no race, religion, or region—it is simply someone, anyone, who uses violence in an attempt to intimidate and coerce other people. Muslim faith has nothing to do with terrorism, and those who are both terrorists and Muslims do not define what the religion is for other people who follow the faith. These traits are not correlated, and it is time that we separate them. “The point is not that Americans should go easy on radical Islam,” stated the New York Daily News, “but that violent white supremacists, fundamental Christians, and radical Muslims should be treated with the same seriousness. They aren’t.”

I won’t pretend to know anything about what it’s like to be Muslim. I cannot identify with the misperception and unjust discrimination that the people of Islam faith face every day. But I can recognize an abhorrent misrepresentation of a peaceful religion when I see one, and it is unacceptable. If the U.S. shut down immigration for Muslims, it would not only be unconstitutional, it would be frivolous. We have much greater problems with caring for the mentally ill and in finding solutions to eradicate mass shootings (like GUN CONTROL, people!), than we have issues with Muslim immigration. For all intents and purposes, Muslims are peaceful people who do not follow the ideals of radical Islam, and it is time that we started treating them as such.

“We believe in the high road and we take it,” said Amin.