Girls basketball looks to finish season on a high note 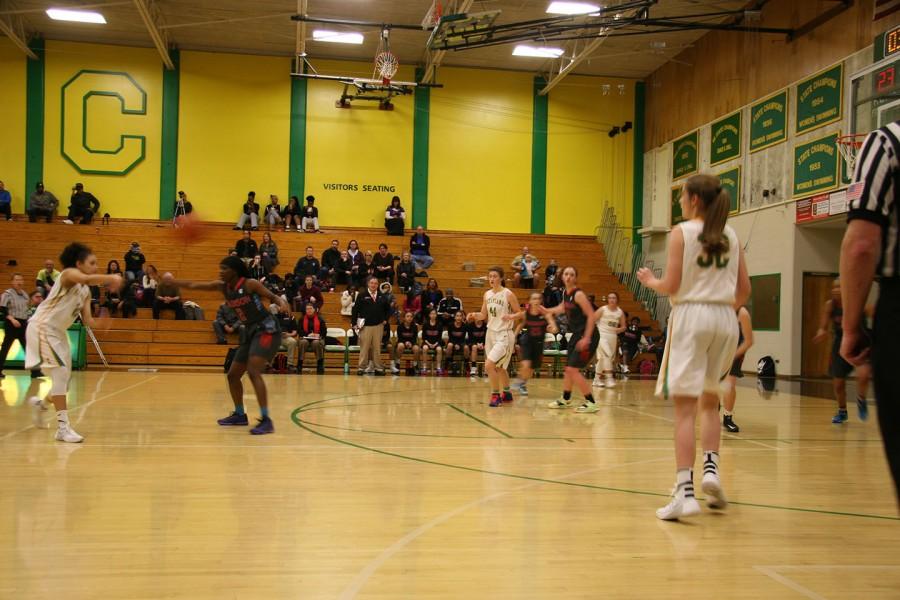 With the season coming to a close, the girls’ basketball team had a heck of a season. With only six more games in the season, it’s a countdown until the final shot. As of press time Feb. 11, the team had a 9-9 win-loss record overall (6-5 in league). The season had some challenges, but overall it was amazing.

The three highest scorers of this season are Tynesha Parnell with 208 points, Grace Pytynia-Hillier with 122 points and Julia Downing with 121. With six games left, these girls are fighting for a strong finish to the 2015-2016 season.

The team faced some challenges this year with a smaller amount of players than normal, with only two upperclassmen on the team, and their only senior quitting; it has created some barriers. However, the team has only gotten stronger through these challenges.

“I think the season’s going really well for us. We have a really young team, pretty inexperienced but we’re doing pretty well. We have more wins than losses this year and it’s going good,” Mikayla Yee, a sophomore on varsity, said.

Even though their team is small, their growth and bonding has been incredibly strong. Not only has it made friendships, but it has also been a big contributor to their success. “I think it makes us trust people more and understand who they are as a player and as a person, which helps us communicate well overall,” said Elise Anderson, sophomore.

With playoffs around the corner, you may expect to see the girls making the playoffs if they keep their ranking (30th in state) up. “If we play like we did this first half of the season it’s totally attainable. We’re a strong team,” says head coach Suzanne  Washington.

“I think it’s a big step going to playoffs because it shows that we’ve put in a lot of work and it’s really important to us to say that we’ve done that,” said Anderson.