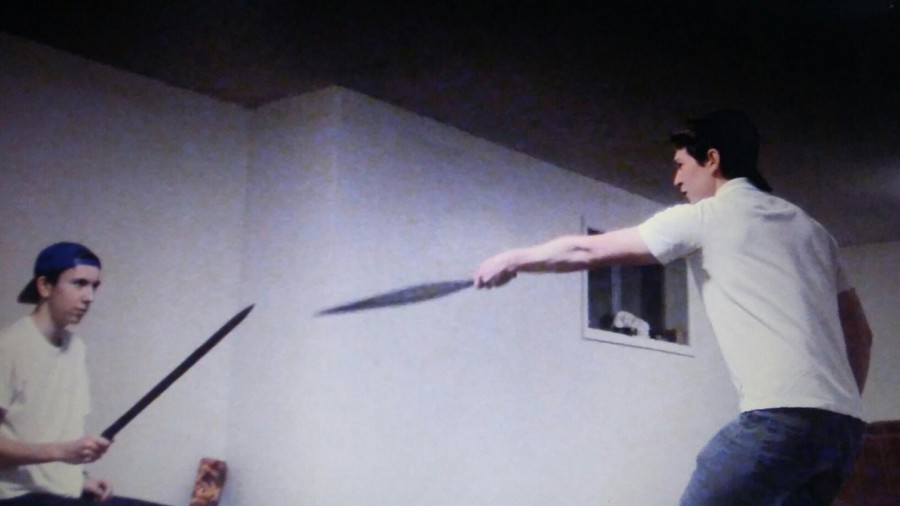 There are movies that end with you feeling all mushy-gushy inside, ranting and raving about the originality of the plot. Then there are the movies that you can barely follow, but involve bodacious amounts of violence, a bunch of skiing, and a Nickelback-torture montage. I personally prefer the latter. Lucky for me, that’s exactly what juniors David Rappe and Oscar Duyck had in mind when they sat down and wrote out the script for their new movie, An Unfinished Puzzle, a thriller with enough action and suspense to make Bruce Willis nervous about what the next scene would bring. Though it was done on a low budget, Rappe and Duyck show how one can make a movie without fancy CGI and special effects. Packed with finger-chopping, impaired-partying, and enough cheesy lines to feed a colony of mice, it’s a feature presentation you just can’t miss.

The plot isn’t important because it’s unfollowable, and would require a map and a tour guide to track. However, the looseness of the scenes is what truly gives this movie its charm. At one point, it goes from Duyck being drowned in a pool, unexplained, into the next scene, in which he’s dripping wet and playing Wii with his boss. These jumps normally destroy a movie’s authenticity. The beauty of this film, however, is that it had nothing to lose. It blatantly disregarded whatever problems the viewer might have had with the film, because getting a good review from critics like myself wasn’t their priority. They set out to make an awesome, nitty gritty action film that they would want to see themselves. I can’t be the judge of whether they’ve succeeded, but I can encourage you to watch it and decide for yourself.

The best part of An Unfinished puzzle, for me, is the beginning. Without warning, it drops into a kidnapping scene, in which a mini-van abducts the main character, introduced as a museum curator, and burns rubber as it peels away. We then see the main character, whose name we learn is Tillman, tied up. The torture scene that follows is on the list of top 10 funniest scenes ever. In the 10-minute scene, the gang leader takes his gloves off 15 times, Tillman is tortured to the tune of Nickelback, and we are given a look into Oscar’s dance moves. This may not be wholesome family fun, but it sure is a blast to watch!

At 20-minutes long, this movie is about as short as a feature film can get. In that time, we experience pretty much everything funny that can be crammed into a home movie. While we probably won’t see them at the Oscar’s in a few months, the movie is sure fun to watch, and I can’t imagine anyone who wouldn’t enjoy this action-packed trek through a thriller of a movie.

The movie is not easily accessible to the public. If you wish to see the film you will have to find Duyck or Rappe and ask them personally.