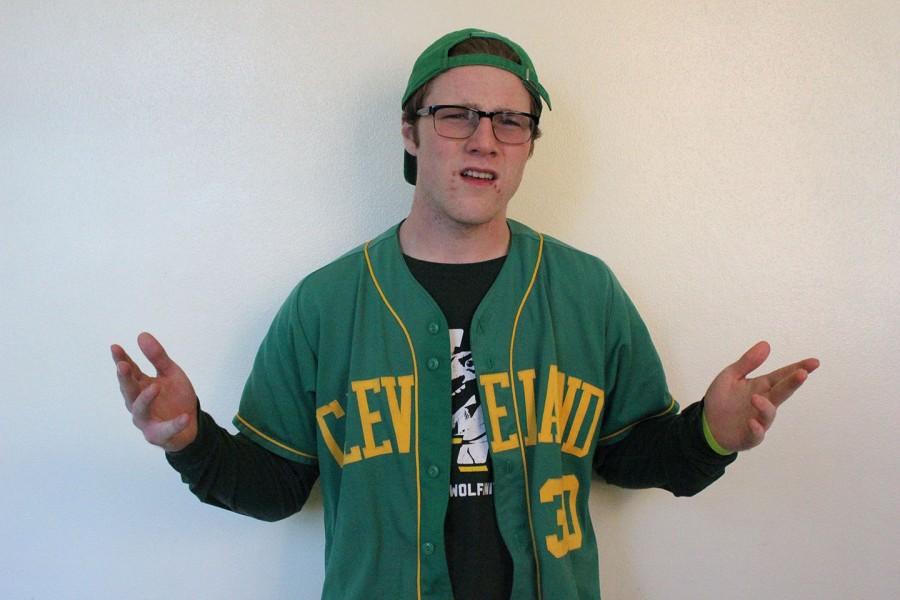 A month ago, Cleveland hosted its annual Hall Decs competition between grade levels. The theme of the decorations this time around was the 100th year anniversary of mighty Cleveland High, so each class had to portray a 25 year period out of that century. The final standings of the competition went like this: Seniors, Sophomores, Freshman,…Juniors? Yes, the juniors, my own class, the Hall Dec team this writer was on, finished dead last, one of the most humiliating dishonors upperclassmen can receive. Now here’s the thing, I’m not complaining at the idea of the judges not following the rule of seniority, I laughed last year when my class didn’t get last place. I am merely complaining at the fact the judges got it wrong. Now you might say, “Conor, you sore loser, this happened a month ago, you can’t still be bitter, can you?” But I spent $20 dollars on a freaking sailor costume for this competition, so yes, I’m about $20 dollars worth of still bitter. I’m sorry, I thought I lived in America where money gets us what we want. I didn’t spend $20 dollars for fourth place. Should we have won the whole thing? Not at all. Should we have gotten second? Not even, the sophomores balled out this year, props to them. But should we have beaten the freshmen for the bronze? Yes, I think the work my class did along with my $20 bucks was worth the satisfaction of third place. Let me tell you why I am right. First of all, the main showcase of the freshmen decoration was just printed out logos from the Internet. Anybody can print off images from the Internet. The juniors actually made artwork with the paper used. Did you see that massive homemade Beatles poster? That thing was so legit it still hangs proudly on the hall. Now besides that, the rest of our decorations were solid, but what really made our hall good was our props and costume use. We had students dressed up as the Beatles actually sing a Beatles song and junior Sundancers choreograph and perform their own routine dressed as Greasers. For our end of World War II celebration piece, we had an authentic Clarion newspaper headlining the end of the war. I mean were you even watching our Hall Dec performance, judges? Or were you acting like I do when I have a conversation with my Spanish teacher: Get a rough feel for the situation, then occasionally nod and laugh as if you understand while you have no clue what is happening. ¿No habla Hall Dec? Oh, and one last thing, I heard a rumor the juniors earned last because they were disqualified for showing the Moon landing, an event not in our time period. Ok, that is cool, but let’s just look past the fact the freshmen Hall Dec supervisors made their students use academy class time to work on their decorations, an act clearly against the rules. Man, that is more tryhard than an insecure jock in a freshman P.E. class. If I was an overprotective Cleveland parent, I would make the school take away one or two upcoming tutorials so those students can make up for that lost instructional time. Or better off, maybe they could just refund me my $20 dollars.

This Halloween season, I planned to go to a costume party dressed up as Justin Timberlake from his popular Saturday Night Live sketches where he acts like a ‘90s R&B singer with Andy Samberg. However, due to poor planning, I had to switch my costume choice at the last second to seductive superspy Austin Powers played by Mike Myers. If anybody has seen the hilarious James Bond spoof, they would know in reality, Austin Powers may be seductive with his charm, but not at all in his looks. He has extremely gross teeth, unkept, outdated hair, and–let’s face it–Mike Myers does not have the body of a Daniel Craig. For a last-second costume, it was very convincing and as Austin himself would say, “Very groovy baby!” So I went to this party feeling good about myself, even without the Timberlake looks. That was until an anonymous party-goer told me, “Dang, you’re Austin Powers right? You really look like him…I mean even without the costume and everything, you really just look like him.” Wait what!? Stop the track, what is that supposed to mean? At first I thought the compliment was cool because, well, Austin Powers is the sexiest man alive, but then I thought, well, actually he’s quite ugly. In fact, as I explained earlier, the whole joke and irony of the movie is how ugly the man is. So that compliment was more backhanded than a Roger Federer tennis shot! Thank you, anonymous party-goer, thank you for that (sarcasm). I don’t think he had malintent with his words, but come on man, think before you say. What that remark did was lead to a mid-life crisis at age 17 and a completely new haircut two days later. What this 2015 Halloween also did was teach me a valuable life lesson: You might wake up thinking you’re going to be Justin Timberlake, but you will end up settling for an awkward-looking, disarmingly charming Mike Myers. Not everybody can be JT. The sooner everybody can accept this truth the better.

Senior Quotes From Yours Truly

The tradition for students to choose a wise quote to go along with their senior picture in the yearbook is very important for most students. Sometimes though, finding that perfect quote can be a hard task. That is why I am here to help. I scanned through the memory banks of my life and picked out the moments where I dropped words of wisdom at the same level of caliber as a Dumbledore or Gandalf. That means for only five easy copyright payments of four dollars, you can use a quote from me to go along with your senior picture! Here are your options: “Don’t let laziness keep you from accomplishment. If you wanted to watch TV with chips and salsa, but you forgot the salsa in the kitchen, don’t let the thought of stairs make you settle for plain tortilla chips”–Conor Bergin. “Everybody deserves a 16th chance. I only need four.”–Conor Bergin. “Leave your drums in the garage. I walk to the beat of my heart, which of course, is the beat of love, the most distracting beat of all”–Conor Bergin. “When working in life, I don’t like to carry the team like a Damian Lillard. I want to be more of a Luke Babbitt: Play mediocre defense and occasionally knock down a three from the corner.”–Conor Bergin. Special quotes from my dad. “Don’t put your recycling out at night, put it out early in the morning. Early bum gets the bottles. The night bums scare me.”–Pat Bergin. “Everybody has a little G in them just trying to get out“–Pat Bergin. Please select me or my dad for your senior quote, the money will help reimburse me for the $20 bucks I lost on a fourth place Hall Decs finish.