Sugar and spice and everything nice? What’s really inside a Pumpkin Spice Latte 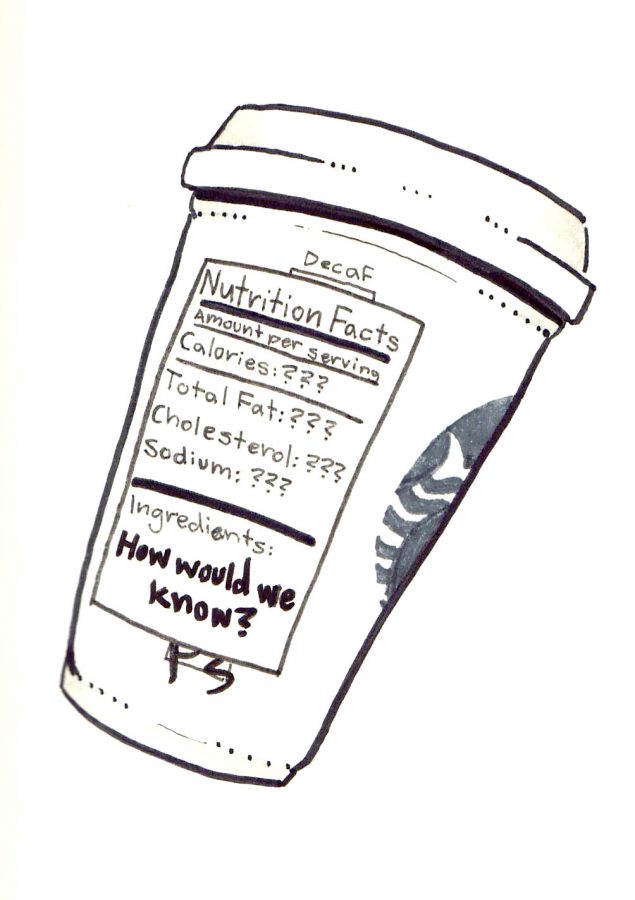 Fall is on the way, and with it comes the iconic Pumpkin Spice Latte. This classic drink is hailed by many as a central part of Autumn, right up there with falling leaves, crisp air, and cozy sweaters. Starbucks describes it as a “signature espresso… highlighted by flavor notes of pumpkin, cinnamon, nutmeg and clove.”

Sounds pretty good to me. But what’s really inside Starbucks’ classic PSL? Taking a closer look at the ingredients reveals a list that isn’t nearly as innocent as Starbucks would lead you to believe. Cinnamon? Clove? Try methylimidazole and diglycerides.

Chemical compounds like these often outnumber whole ingredients in modern foods, including the Pumpkin Spice Latte. Taking a sip, it’s hard not to wonder…What am I really drinking?

I decided to uncover a few of the shadier ingredients, and the results paid off. I found some pretty questionable add-ins… Let’s just say it’s no wonder Starbucks doesn’t include them in their flattering official description. For example, the drink contains pesticide residues from non-organic coffee beans, and uses preservatives that can cause severe allergic reactions.

But that’s just the beginning. One of the most shocking things I discovered was the use of caramel color level IV in some Starbucks products. The company pumps two doses of the stuff into each PSL, giving it an orange color that just screams pumpkin.

There are four types of caramel coloring, and IV is the most dangerous of the bunch. At this level, the dye has added ammonia, a substance used in households as a less potent bleach. It also contains 4-Methylimidazole (4-MEI), a suspected carcinogen. A 2007 study revealed that high doses of 4-MEI “had a significant increase” in lung cancer and leukemia in mice, while the FDA classifies 4-MEI as “possibly carcinogenic to humans.”

According to Starbucks, a recent effort has been made to reduce the use of caramel coloring  in its drinks. What the company won’t tell us is how much they’re actually removing. Starbucks announced that natural and artificial flavors will be added in place of the caramel dye, but even that has its downsides. The artificial flavors are made with not-so-appetizing ingredients – including petroleum – and though “natural flavors,” doesn’t sound too bad, it’s a hugely ambiguous term. Food companies often find loopholes in the definition, twisting words around to suit their own needs. More than 2000 chemicals are combined on average to create just 500 “natural” flavors, each one designed to trigger your pleasure sensors and keep you craving more.

With approximately 20 million sold in a year, the Pumpkin Spice Latte is definitely a crowd pleaser. Most people agree: it’s just not Autumn without one. But it’s important to know what you’re putting inside your body, especially as the drink becomes more and more popular. Just remember, the next time you order your favorite fall go to, think before you drink: you might be getting more than you bargained for.