‘A Mosaic of Faces’ to be Screened in Times Square 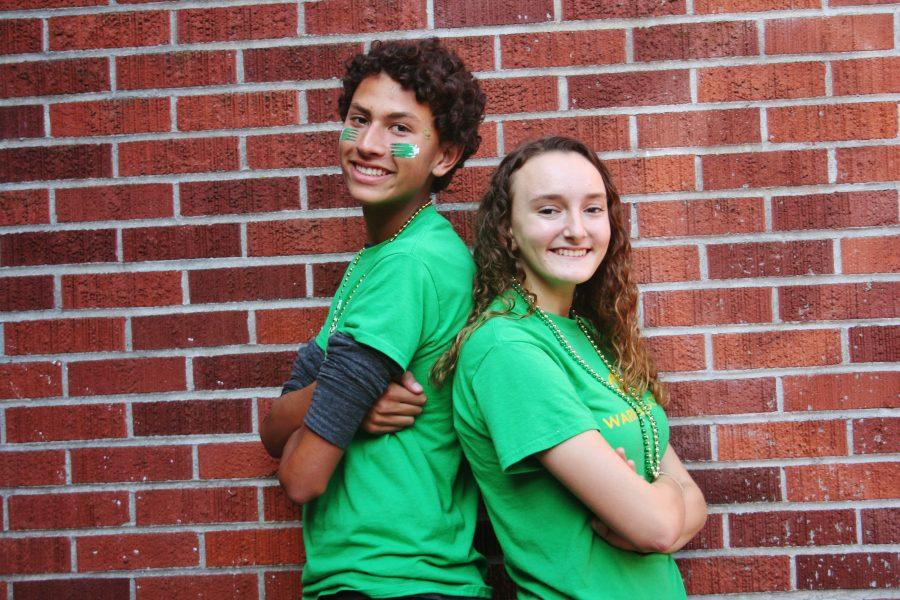 Adam Nayak and Emily Diamond are back at it again. This time, their video, “A Mosaic of Faces,” was chosen as a finalist in the All American Film Festival and will be screened on Oct. 7-9 at Times Square in New York City.

Nayak, a junior at Cleveland, and Diamond, a freshman at Scripps College and class of 2016 alumnus, were Youth Poet Ambassadors through the Portland Poet Laureate Program over the 2015-16 school year. Renee Mitchell created the program, after her experience as a journalist, playwright, and author of multiple poetry anthologies.

Mitchell invited Nayak and Diamond to create a presentation on displacement and belonging for the Vanport Mosaic Festival. A week before the festival, she instructed them to make their presentation 10 minutes longer, and then, the morning of, she texted them that they wouldn’t be presenting at all because the theme had changed to poetry about the Vanport Flood.

During the week that Nayak and Diamond believed they were still performing, they designed a four minute and 30 second video depicting individual faces at Cleveland High School with five poems as a voice over. They filmed near the end of the school year with limited time, and both felt the creation of “A Mosaic of Faces” was rushed. Luckily, Emily said, “Adam is very good at making decisions and being optimistic about the process, so that helped me trust him.”

They asked anybody walking in the halls if they could film their face for a few seconds. Nayak explained, “It was a weird interaction at first, but just a couple of seconds of someone’s face tells you a lot about them, which is one of the main reasons why the video is interesting and gives an ambiguous message to the art behind it.”

Before the video, Nayak had already written two poems that fit the theme of displacement and belonging, the first, “Existential,” ended with the lines, “His mother looked back at him, ‘Why all the faces?’ she asked. He stopped, pausing briefly in thought, ‘Together they would understand.’” He also wrote “Transience” and “Remembrance,” while Diamond wrote “When You Turned Red” and “Home.”

Through the Poet Laureate Program, Nayak and Diamond grew accustomed to one another’s styles. Elaborating Diamond said, “I write more realistic poems, while his are usually more abstract. It was interesting combining our work into one cohesive connection of poetry.”

After watching their final product, Nayak and Diamond realized the power in their message. Then, learning that they wouldn’t be able to share their video at the Vanport Mosaic Festival, Nayak and Diamond, with help from Cleveland alumnus Meg Matsuzaki, submitted their work to the All American Film Festival.

Nayak and Diamond were surprised to learn that “A Mosaic of Faces” would be screened with other videos from around the country in Times Square and published in Bruhaha Literary Magazine. Unfortunately, neither can attend the screening in New York City.

Nayak and Diamond’s video finished with an important message that envelops their style and personality. “In the end,” Diamond writes in her poem “Home,” “There is nobody without imperfection, there is no belonging without displacement and the only place you can always call home is within yourself.”