A New Age for Boys Soccer 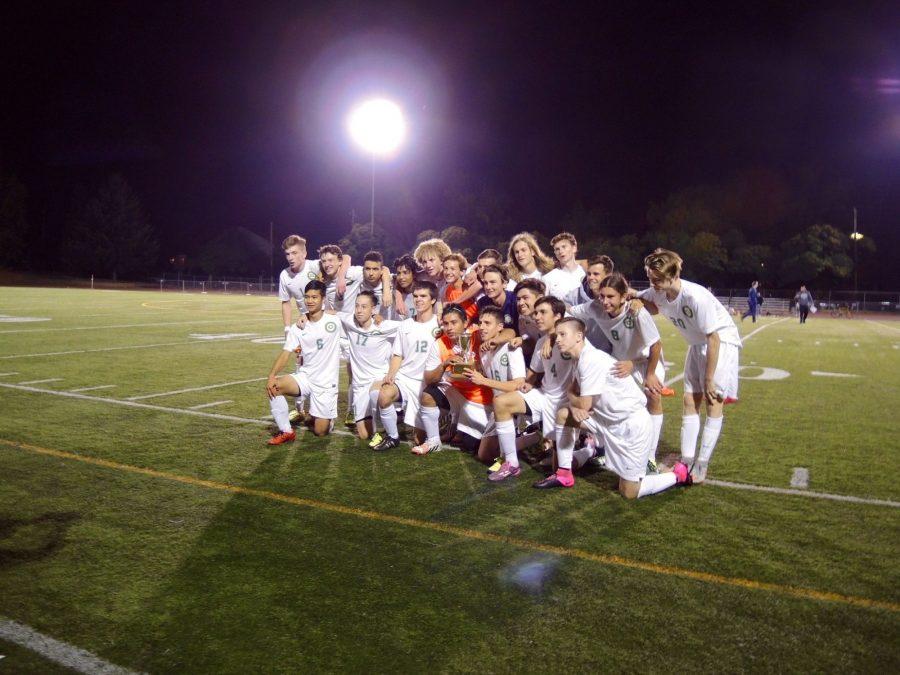 The Cleveland soccer team entered the season with much less experience and leadership than the previous. The loss of captains Stellan Roberts, Janik Karoly, and Loic Baures is a major blow to the team. While Roberts and Karoly graduated, Baures joined the Timbers Academy team, but each loss is deeply personal. Baures led the team in goals in 2015. Roberts achieved first team all city last season, while Baures and Karoly made it onto the second team. Together, they had eight years of varsity experience. Their losses, along with the other seniors, will certainly be felt this year. However, the future is bright.

There was a huge turnout for tryouts this year, with many freshmen and sophomores eager to join the program. Five of these underclassmen made varsity with many more making junior varsity. Their presence has already been made known with freshman Jett Starr and sophomore Anil Bharati combining for a great goal against David Douglass, earning the team a tie. Sophomore Arion Rivero who made varsity last year as a freshman has also been playing well, earning a solid stop in the rotation.

There are seven juniors on the team, including Paetin Nelson-Gibbons who leads the team in scoring after a brace in their game against McKay. Andrew Martinez also scored in this game adding the third and tying goal. Many of these players were on the team last year and will become a solid core of seniors next year. They hope that the team will continue to improve and that they can use their experience to help the seniors lead the team.

This year, the team has three captains: Peter Gregory, Lewis Nolf, and Oliver Aguirre. Gregory and Nolf played varsity as sophomores, and Aguirre has had some great performances this year, making many saves in the 0-0 tie to Beaverton. All three are doing a good job as leaders and players, especially following in the footsteps of Roberts and Karoly. There are five other seniors on the team this year, all of them have played soccer at Cleveland since freshman year.

Scott Killen, who had been with Cleveland for over ten years, left after this last season, getting replaced by Alex Annand, who was an assistant coach after having played for Cleveland when he was a student here. Annand is attempting to apply his own coaching philosophy while establishing himself as the new head coach.

Despite all this, Cleveland has been doing decent this season holding a record of 1-1-3. However, league play hasn’t started yet. Even though our success has dipped in the past years, from making the quarterfinals in 2013 to getting eliminated in the first round last year, the future will be kind to Cleveland and they may return to former levels.