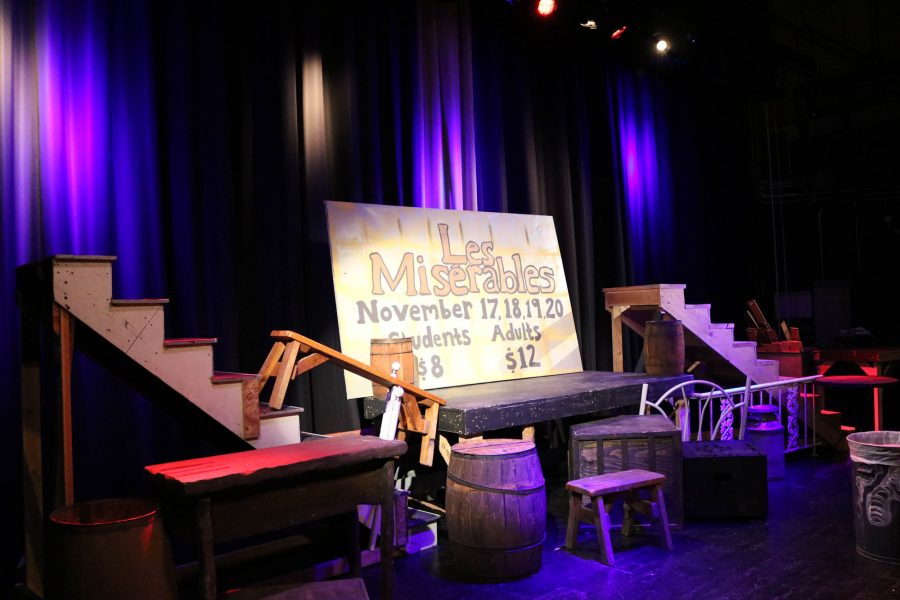 By Lainie Pennington and Adriana Milian-Hernandez

With a cast and crew of 100 people, Cleveland’s production of the iconic musical “Les Miserables” promises to be one of the biggest shows of the season.

“It’s one of those plays–musicals–that’s generational. The closest things would be ‘Fiddler on the Roof’ or ‘Guys and Dolls’ and ‘Oklahoma’ that have really set periods of time that people remember them. It’s a big one,” said drama teacher and director Tom Beckett.

While rehearsals began in September, cast members began preparing this summer. “I have been working at home throughout the summer like doing extra assignments that came with the part,” said Kaya Hellman, senior, “like reading the book–that is, 1885 page book–and then getting all my lines, working on speaking the music out loud and just going over it and getting more familiar with the show and the time it was set in.” After auditions in June, Hellman was cast in one of the lead roles as Jean Valjean.

The musical, based off the 1862 novel of the same name by Victor Hugo, follows ex-convict Valjean after he is freed from a 19-year sentence and breaks his parole to start a new life. There he gets swept into the plot of a young band of revolutionaries. The original musical, which is almost entirely sung with very little dialogue, has a running time of just over three hours, but Cleveland will be doing the revised school version that is closer to two and a half hours. “They didn’t cut any major scenes, they just took little pieces from each song out to reduce the size,” said Beckett.

Every day after school, the cast is in the auditorium rehearsing. This includes Anaïs Lowe, the assistant director who takes role and accounts that each cast member is present and has their scripts. She is also ready to take leadership when needed to get the cast on task and prepared for the big show. “It’s a really rewarding experience because you get to see people develop as actors and develop as singers,” said Lowe.

Despite the large scale of the production, the rehearsal period is only one week longer than the typical eight-week rehearsal period for other musicals. “We go in and either we’re doing a musical rehearsal or blocking rehearsal. [In] musical rehearsal, we have an accompanist there and we run through the songs with the chorus, and everyone sings. Otherwise, if it’s a blocking rehearsal, we just work out how we’re gonna move through the scene and later on run-throughs where we’re gonna put them together. The other kind of rehearsal is where the leads and the larger supporting roles will just go into the band room and sing with the orchestra,” said Sawyer Jackson, who is playing the police inspector Javert.

Currently Beckett, parents, and volunteers are working alongside the stage production crew, which is a part of the wood shop class, to build the numerous sets in the production.The theater department is also renting about 60 percent of the costumes from Westview High School in Beaverton, while the other portion will be assembled by the costume crew and casts and their costume designer and builder Kimberly Smay.

Les Miserables will premiere Nov. 17 through the 20 in the Cleveland auditorium, where tickets will be sold at $8 dollars for students and $12 dollars for adults.

“I think the show is timeless and timely. It’s called ‘The Miserables’ for a reason. It’s about justice and redemption. It really is a play for our time when we’re in such a fractious time like right now, with such a large gap between rich and poor. Portland itself is experiencing a huge homeless problem and for me it’s like being able to look at those people who we would normally see as discardable or convicts or prisoners and look at how the system has played into that and how these people are people. They’ve had some hard times and they’re fighting to live and to love and be redeemed just like the rest of us,” said Beckett.