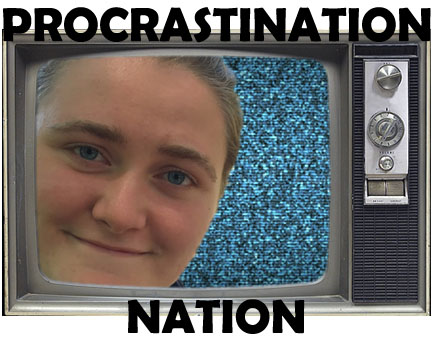 There are always new TV shows that come out in the fall and winter. I think it’s because the producers of these shows know that we have nothing better to do than curl up in our beds and hide away from the rest of the world. Now the shows that have started to grow on me in the wee hours of the night are as follows: “Conviction,” Mondays on ABC, “Lethal Weapon,” Wednesdays on FOX, and “Pitch,” Thursdays on FOX.

Picking your poison is hard, so here is a short explanation of each. “Conviction” came out of the popularity of shows like “How to Get Away With Murder,” “Criminal Minds,” and “Law and Order.” If you like to see lawyers and the shady side of politics, this is for you. “Conviction” also has some interesting love drama, but that’s expected. “Lethal Weapon” is a show that not only has cops and explosions, but also deals with heavy topics like depression and thoughts of suicide. Finally, “Pitch” a show about Ginny Baker, the first female to play major league baseball as a pitcher for the San Diego Padres. Although the show is fictional, it addresses some of the real issues in sports, such as the way women are seen as athletes, and their worth as athletes. These shows caught my eye in one way or another and so far they haven’t disappointed yet. All of these shows are just starting up and are only on the third or fourth episode, so now would be the perfect time to catch up. You can watch them online for free. Burn your eyes out.

If watching a small screen is not your style and you prefer to watch your entertainment in the theater, with reclining seats and surround sound, think about these movies to go see. First, of course, we have another reboot of a classic. “Shin Gojira” is the return of Japan’s favorite destroyer of Tokyo, Gojira (or Godzilla, as Americans know him). Godzilla is an allegory for what ever the current situation of Japan may be. For example, the first Godzilla film was made less than 10 years after the Hiroshima bombing and the ongoing hydrogen bomb testing by the U.S. This is where the idea of Godzilla, a force of nuclear devastation, came from. This new movie, which came out on Oct. 11, not only incorporates Godzilla’s usual destructiveness, but also pokes a bit of fun at the ineffectiveness of Japan’s government. This new Godzilla movie was inspired by the Fukushima reactor meltdown and the damage that was caused by it. Just like in real life, the government takes too long to react to the problem. A very prominent scene in “Shin Gojira” is Godzilla standing motionless in the middle of the city, emitting high levels radiation almost identical to the Fukushima reactor, seeing as neither of them could be moved or destroyed.

Another movie coming out in November I am looking forward to is “Hacksaw Ridge.” This movie is an amazing true story about a single soldier in World War I, Desmond Doss, who never fired a single shot due to his religious beliefs. In spite of that, he saved the lives of over 75 men. Doss was the first conscientious objector (someone whose conscience will not let them fight in a war) to receive the Medal of Honor. “Hacksaw Ridge” comes out on Nov. 4, and is getting stunning reviews.