100 Warriors: Sydney Toops is an inspiration to all 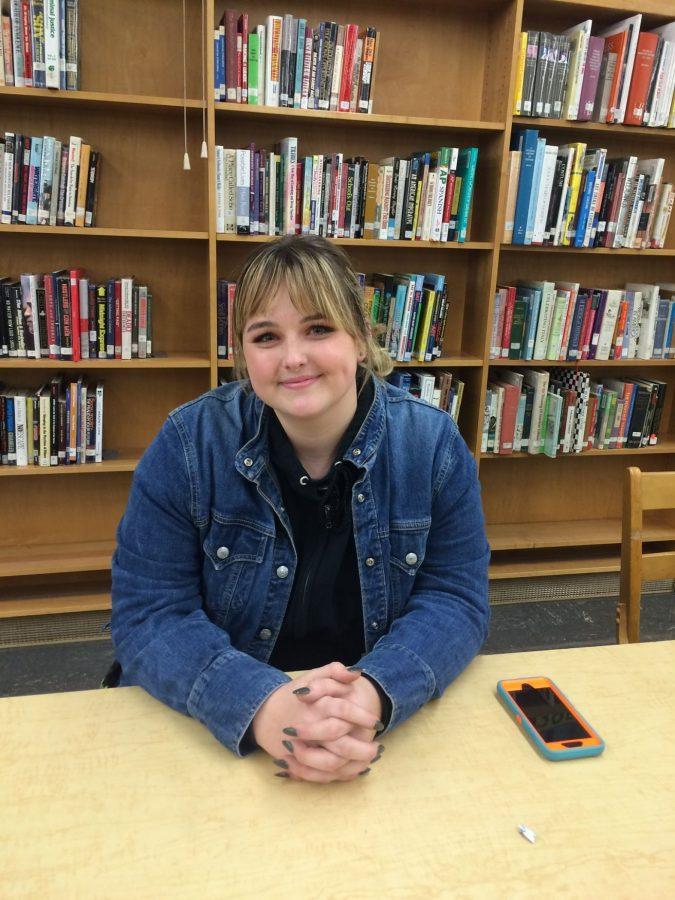 On B days during sixth period, junior Sydney Toops, mentors in the special needs program.

Sydney Toops, a junior at Cleveland, has always been fascinated with helping special needs students by offering her help, friendship, and love. Last year, Toops forecasted to be eligible to mentor in the special needs program. To be accepted, you need to have good grades and a valid reason to be in there. It is not an opportunity to just take the class as a means to put in a college application to make yourself look good, while you’re not dedicated towards helping the special needs. You need to have a passion for the work, something that Toops has possessed since elementary school.

On B days during sixth period, Toops, mentors the level three kids. She works with one student doing puzzles, reading and finishing any worksheets. During his break times, they play the board game Sorry because “that’s his favorite. We’re doing cooking class right now, so I kinda point him in the right direction of what he needs to do to make the food we’re making. I’m like a helping hand,” said Toops.

Toops described the stigma surrounding special education, commenting that some believe  that one’s disability hinders their ability to socialize or to function regularly. However, her experience has allowed her a different perspective, saying, “Being in that classroom, you get to look past their disabilities and see them as a human being, which everyone should see them as. They’re so funny, and they’re so sweet. They’re the sweetest people I’ve met in my entire life. They have so many things working against them and they have the most positive attitude, and that’s shocking and crazy.”

Toops also stated that being around the special needs students has put things into perspective, and how their struggle doesn’t compare to anyone else’s. Why should we be complaining when other people have it worse? We should be considerate, and that’s what Toops wants to accomplish by giving them her best and positive attitude.

The classroom atmosphere Toops is in also influenced her passion and fueled the fire inside her to make study, and change the mentality revolving the special needs program.

“Sydney does great. She immediately walked in and made friends with everybody. I have three students in the room when Sydney’s here and none of them talk with their voice, they all use some sort of device to talk. She’s able to get all of them to talk to her in whatever ways work for them. They all interact with her,” said Trask.

In the end, Toops wants everyone to “see [special education students] as people and not as objects walking around the school. Most Cleveland students will turn their heads, and pretend that they’re not there,” said Toops. “You’re not doing it on purpose, but you’re kind of raised that way. You don’t want to point out their disability, but they’re just like everybody else.

Toops is one of nine Cleveland students who mentor for the special education classes.

Toops hopes to see less prejudice surrounding the special education program at Cleveland, and surrounding those with disabilities in everyday life. “We need to incorporate them just like we would anybody else,” said Toops, creating an accepting future includes “having open arms and welcoming [students] into a new situation. [We need to] grow friendship with them, even if you don’t know them. That will acknowledge that they’re there.”