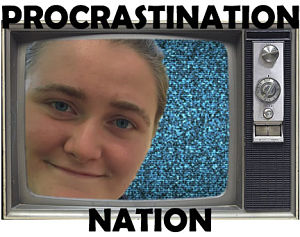 It’s easy to put off work and self care and to only focus on the negative changes that are happening in the world right now. I am not saying that those negative things are not legitimate and do not deserve your concern, I am just trying to take your mind off those facts. The problems that are affecting everyone will not disappear if you just take a break, and if I were to give one word of advice, for the love of all that is good, please practice a bit of self care. Now, self care is completely different for everyone, but here is something that has helped me feel like there will always be a light in the dark, a moment that history will look back on and praise. Whether that praise will be sung to the students voicing their usually silenced ideals in their country or sung to a single person who stood up for their rights and fought against unlawful suppression of their constitutional rights, the effort never goes unnoticed.

With the election on the forethought of everyone’s minds, it’s not such a big leap to try to find heroes and outstanding people in these dark times. Whether our minds go to role models who are prominent in media and culture, a relative, dear friend, your personal savior, or even a historical figure who embodies hope in one of the most destructive times in history, it doesn’t hurt to embrace a little hope. The movie industry is a very prominent group of companies who is a part of our education. I, for one, learned more about the Civil War and about space expeditions from movies than I did from school for the longest time. For real, though–who first learned about the Titanic from the 1997 movie starring Leonardo DiCaprio instead of from a textbook? I know I did. The point I am trying to get across is that movies are an “easy” way to spread a story to an insane number of people, and it seems as if big companies in the movie industry have been focusing more and more on personal accounts of history and single people who changed the course of history. I mean, in the last year alone, movies such as “Joy,” a story about a female self-made millionaire, and “The Birth of a Nation,” featuring a historical character that history has tried to erase–Nat Turner and his rebellion–influenced millions of people. Movies have started to bring back history into the theaters, and who am I to stop them?

Now, all this buildup has been for one movie in particular: “Hacksaw Ridge.” This film came out on Nov. 4 and is about World War II–more specifically, the first Battle of Okinawa. This battle was one of the deciding moments in the war, and American troops had to climb up a cliff everyday to the battlezone. This was a decisive battle as it was the first attack on the Japanese that wasn’t one of their islands. The only people who were on the ground during the battle were the Americans and the Japanese. The focus of this movie was not just of the battle, but the whole movie is focused on one person, Desmond T. Doss.

“Hacksaw Ridge” is a true story, and was filmed spectacularly. The only problem I have is that there are a couple times in the movie where the directors pushed the limits of the truth. This is most adequately exemplified in that the actual ridge where the battle was fought was significantly smaller than the one portrayed in the movie. Other than that fact and that some of the timelines were moved around in order to make it more entertaining, the movie kept right on Doss’s real life.

Desmond T. Doss was a “conscientious objector,” or someone who for reason of conscience objects to serving in the armed forces. In other words, because of Desmond Doss’ belief, he was exempt from serving his country in World War II. In Doss’s case, he was a Seventh-day Adventist, and he believed strongly in the 10 commandments as having Sunday be the sabbath, a time of worship. Doss believed so strongly that no man should take another man’s life that he refuses to kill the enemy soldiers or ever carry a weapon into combat. That didn’t stop Doss from applying and becoming a part of the armed forces. It’s no surprise that Doss was an odd member of the armed forces, and he even had the other members of his squad beat on him and call him names such as “Holy Joe” or “Holy Jesus.” Doss was supposed to be a medic, but was put into a rifle company in order to pressure him to pick up a weapon. Doss struggled to get the respect he deserved, but when the time came around for them to be shipped out, Doss had become a medic in the armed forces.

The reason I have told you all this is because Doss, without ever picking up a weapon, saved 75 lives in World War II. That number came from Doss recalling that he believes he saved 50 men, and his commanding officers saying he saved more than 100–and so the number 75 comes. Doss saved so many people that it was said that the armed forces would find Japanese soldiers with United States bandages and they would know that Doss had helped them out. That got him into a lot of trouble. Doss was also the first conscientious objector to earn the Medal of Honor from the United States. Even that was a fight, with his superiors having to fight to get Doss the recognition he deserved for his service. Doss died in 2006, but was a humble man to the end. Go educate yourself on this soldier who has been somewhat forgotten in the sands of time: it might give you hope in the spirit of humanity.

The reason I have made you read this is because we all need to remember that even in the darkest times of history, the future humans will look back and see all the people who changed history, even if they just kept true to their beliefs and didn’t allow anyone to change them. Desmond T. Doss was a hero who has been brought back into the public eye in a time where everyone needs some hope. Doss was a savior in a time where the only option was to kill, and you can be just like him. In a time where it is easier to hate and blame than it is to love, please just love because that is what is needed. And you never know–maybe someday you will get a movie about you too.