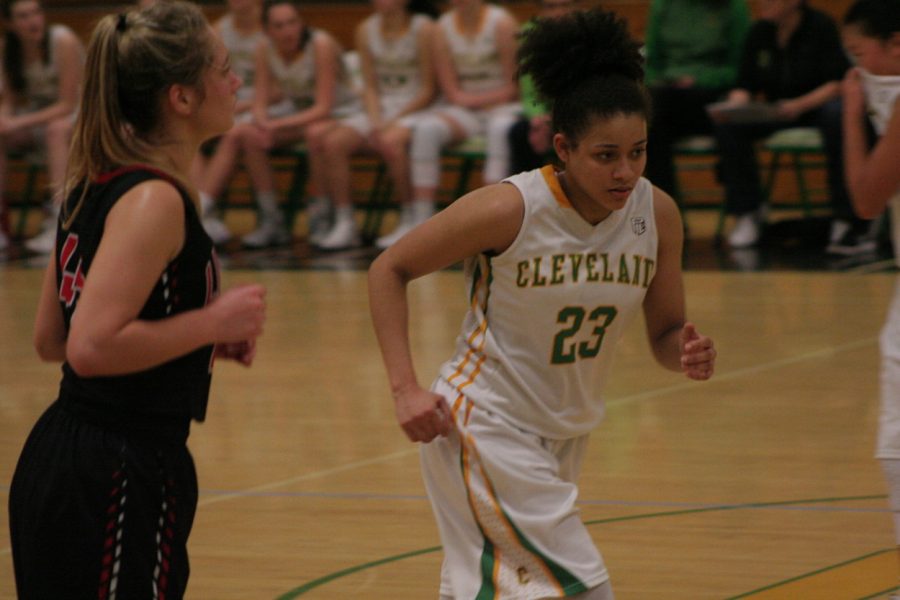 The girls basketball team entered their contest with Lincoln on the afternoon of Jan. 25 with a 6-4 record. After suffering a crushing 74-36 defeat to Grant on Jan. 18, the Warriors were eager to get back to winning. They got their chance versus Lincoln (5-7) and they delivered with a 40-35 victory on their home court.

Though the team fought hard for their victory, it was a sloppy game. Senior Captain Elena Matt said, “We started out the game not being able to make any shots, but our defense allowed us to keep the game close going into the half. When we started hitting our shots in the second half, our good offense and defense allowed us to take the lead and hold it until the end of the game.”

The Warriors (7-4, 4-1), started off slowly, ending the first quarter down 4-0. They slowly gained momentum during the second quarter with the help of impeccable free throw shooting and a handful of short jumpers. They also really picked up the intensity on defense, with multiple players diving for loose balls and double-teaming to force errors.

“I think it was definitely our communication on defense that helped us gain momentum,” said sophomore Elsie Kloeppel.

Lincoln (5-8, 2-3) picked up enough fouls to go into the bonus at the three minute mark in the second quarter, allowing cleveland to gain four points off one-and-one free throws. Matt also hit a beautiful three-point shot with one minute to go in the second quarter, putting the Warriors up 11-10 at halftime.

Cleveland would’ve liked to score more points in this contest at home, with their scoring highs this season being 74, 71, and 69. Fortunately for the team though, their offense didn’t get going until late, and their effort and athleticism allowed them to get stops on the other end of the floor.

Julia Downing hit a three at the end of the third quarter to give the Warriors a 19-16 lead, the highlight of a low scoring quarter.

It was in the fourth quarter that the offense picked up, scoring 21 points, seven coming off of free throws. It was back-and-forth until the two minute mark, when Cleveland started to pull away, thanks to some late fouls by Lincoln. The Warriors played perfect defense in the home stretch, not giving up their lead at all.

Assistant Coach Patrice Thramer said that the key to the win for the Warriors was “Defense. Absoultely. Defense and tenacity.”