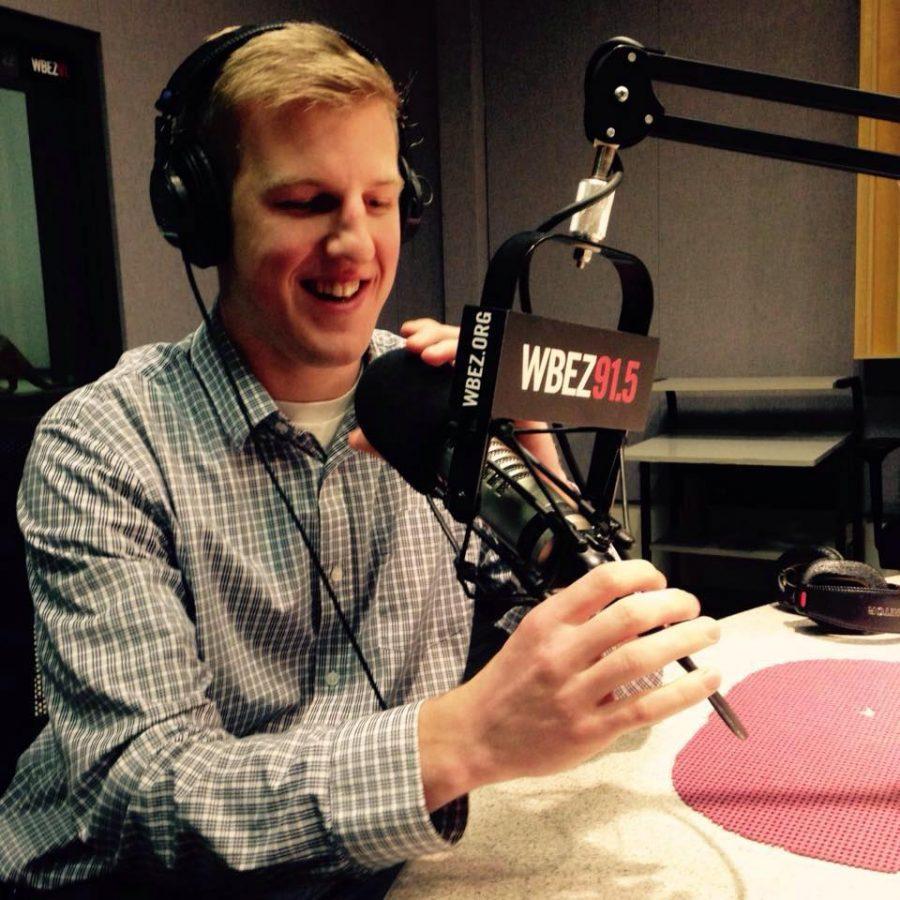 Alumnus Reuben Unrau graduated in 2011 after a successful four years at Cleveland: a place he credits with being the launch of his pursuit to be a journalist.
Unrau was involved in numerous activities while at Cleveland. He played guitar for the jazz band during his sophomore year and participated in three different sports during his four years at Cleveland.
Unrau ran on the cross country team during his freshman and sophomore years. During his sophomore year, he played one season on the boys’ basketball team as well. Unrau spent all four years playing baseball, making the varsity team for part of his freshman year as well as his junior and senior years.
Some of the teachers he credits as being great were Anne Dierker and Natasha Khvilivitzky, the latter who retired at the end of last year. Unrau said Khvilivitzky “was the best teacher I’ve ever had.”
“It’s a very welcoming community at Cleveland. Everyone is really involved. A lot of students were really involved in activism and stuff,” said Unrau.
Unrau recalls “rowdy dances” during his years in high school, something that Cleveland continues to have a reputation for. This year, Cleveland’s leadership program took it upon themselves to attempt to make a change in the form of a redesigned winter semi-formal that took place last December.
During Unrau’s senior year, he joined the staff of the Clarion. “Writing was always something I enjoyed. The Clarion was the place I got my first interest in journalism,” expressed Unrau.
Unrau was a reporter and a columnist during his one year on the Clarion. “My favorite memory from my days at the Clarion was when I wrote an editorial criticizing the Invisible Children foundation for their frequent trips to the school. I received lots of feedback, both negative and positive, which showed me that the school really does take the newspaper seriously. I also give credit to Mr. Sorensen for allowing me write an opinion piece that was surely going to strike up some controversy,” said Unrau.
Unrau also remembers writing an article about how the administration, in his opinion, sabotaged the boys soccer team playoff hopes. The administration had disqualified players who had taken the day off to rest, something they had done multiple times earlier in the year without the administration’s interference.
Unrau also wrote other stories, ranging from Mixtape to numerous different sport stories and more.
After Cleveland, Unrau attended the University of Oregon, where he graduated in 2015. “I loved it. It’s a great school. All the professors are amazing. That’s really where I got most inspired to pursue this career. I got taught a variety of things,” said Unrau.
“As a student at the University of Oregon School of Journalism, I was able to travel and do stories in Argentina, Cuba, and Latvia. In Latvia, I was invited to World Press Freedom Day where I interviewed fellow journalists from countries where reporting is under governmental threats. That was an amazing experience,” said Unrau.
In Argentina, Unrau took a radio production class at the University of Buenos Aires where he was able to do a segment on racism.
“[Studying abroad] sort of just taught me how vast the world is. As reporters, a lot of people just want to focus on their own city or neighborhood,” said Unrau.
After graduating from the University of Oregon, Unrau proceeded to intern at OPB radio and then WBEZ radio in Chicago.
Unrau recently completed a fellowship at Chicago Tonight, which is a nightly news program that focuses on Chicago affairs. He would write articles for their website. “Chicago is amazing. There’s many different cultures and experiences. Lots to cover as a journalist,” said Unrau. Unrau is currently looking for a job since the end of his fellowship.
Unrau’s advice for Cleveland students is, “Use this time in high school and college to try a bunch of things out. You may not realize you like something totally different. Don’t feel obligated to do something just because of your friends. Keep an open mind because this is your time. Try to put your hands into a lot of things so you can figure out what you really like.”