Betsy DeVos and the Rocky Future of Public Education 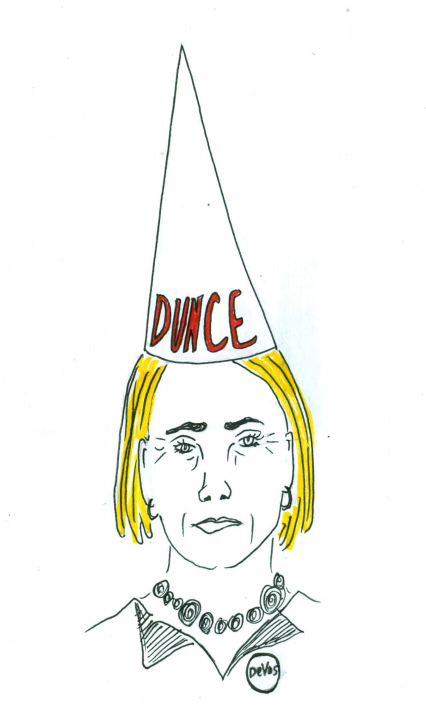 On Feb. 7, billionaire Betsy DeVos was accepted onto Trump’s cabinet as the Secretary of Education. So what does this mean for public schools? Between the Muslim ban and whatever upset is sure to have happened since the date of publication, DeVos and other new cabinet members are sure to get lost in the shuffle. Even though it would be a lot easier (and less anxiety-inducing) to turn a blind eye to the people who will soon be helping to run the country, it’s extremely important that we educate ourselves. So let’s talk about Betsy DeVos. Is she an anti- public school crusader, or an activist and school choice advocate? But before we get into that, let’s take a look at the real, unbiased facts about Betsy DeVos.

Betsy DeVos is a Michigan billionaire and an heiress to the Prince corporation, a company that sells sun visors and other car parts. She’s been active in politics for 35 years and was elected as chairwoman of the Michigan Republican Party four times. She’s also the chairwoman of nine different organizations and companies. The most notable of these is the American Federation for Children, an organization and charity that supports the “school choice” movement, or the belief that parents should have more choice when it comes to where they send their kids to school. This is an idea that more government funding should go to “vouchers” for students, which act as private school scholarships. This would potentially allow more students to attend schools they usually couldn’t afford to attend.

However, the voucher system has some major flaws that shouldn’t be overlooked. While school choice activists claim that these vouchers would help low income families afford private school, that’s not necessarily the case. For instance, these government-issued vouchers almost never pay for the whole private school tuition, the cost of which currently averages about $10,000 dollars. Because of this, many low income families would still not be able to afford to pay tuition on these schools, even with the vouchers. These voucher programs would also siphon money away from public schools, which are already underfunded.

In addition to this, private institutions don’t have to adhere to the same standards that public ones do, meaning that they can potentially discriminate based on ability, race, gender, religion, or sexual orientation. The voucher system would hit low income families the hardest because they are the least likely to be able to afford private school, even with the vouchers.

Betsy DeVos is also a strong advocate for charter schools, which are schools that are privately owned but publicly funded. There are lots of advantages to charter schools. Anyone is allowed to enroll, regardless of where they live. The schools themselves are more flexible because they don’t have to adhere to as many standards as traditional schools do. However, this is both good and bad. Because they don’t have to adhere to as many standards, they tend to have a lack of special education services for children with disabilities. They also don’t have to provide transportation for students, which many kids, especially those who are low income or disabled, rely on to get to school. Another major problem with DeVos’ plan to divert more money from public schools to charter schools is that the quality of these schools tend to be inconsistent. While some private schools thrive, others perform extremely poorly. On average, students in charter schools do no better on standardized tests than students from public schools.

Regardless of how you feel about charter schools or the school choice movement, it’s hard to deny that DeVos is wildly unprepared to be our secretary of education. She has no teaching experience and has never gone, nor sent her children to public school. This became painfully obvious during her confirmation hearing when she failed to answer even the most basic of questions. When asked by Senator Tim Kaine if she supported equal accountability for all schools that receive federal funding, she said that she “supported accountability.” When asked several times more if she supported equal accountability for these schools she continued to repeat, “I support accountability,” and refused to give a solid answer. DeVos was also asked if she could guarantee that she would not privatize public schools or reduce their funding. In response, she said that she was looking forward to working to address the needs of all students. It was a nice statement, sure, but definitely not an answer to the question. When asked whether or not she believed that guns should be allowed in schools, she explained that they should be due to “potential grizzlies.”

Betsy DeVos is clearly unqualified and gave awkward and unspecific answers when asked basic questions. So why is she now our secretary of education? Maybe because the DeVos family has contributed hundreds of millions of dollars to the Republican Party. Even though Trump consistently talked about “draining the swamp” in Washington, he doesn’t seem to be following through on his plan. Betsy DeVos, like hundreds of politicians before her, has bought her way to power.

Though every Democrat and two Republicans on the senate voted against her, DeVos was still confirmed to be the secretary of education thanks to a tie-breaking vote by Vice President Mike Pence. The best thing for us to do is to stay educated about issues surrounding education, especially issues that would affect low income and disabled communities. We also need to stay up to date on Trump’s cabinet picks and hold him accountable on his promise to drain the swamp when it comes to political corruption. We need to make sure our government increases, not decreases, our funding to public schools by educating ourselves, educating others, and speaking out.