Modern Feminism: When abuse is rewarded 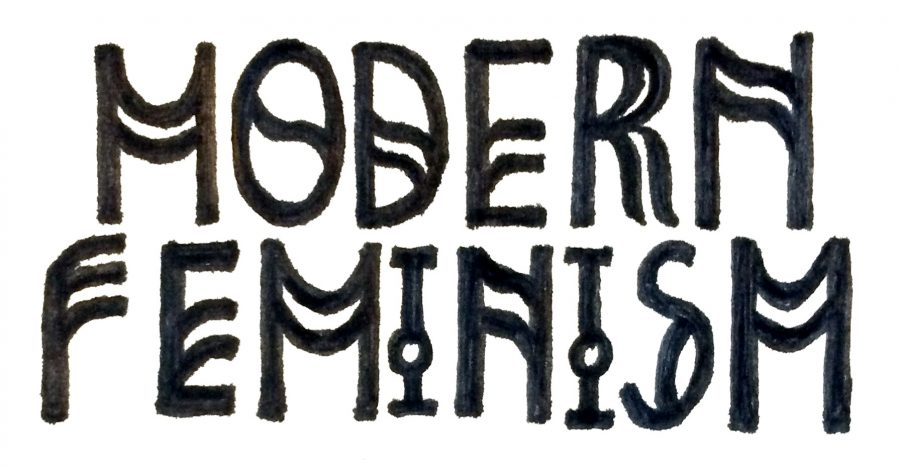 Between 2008 and 2009, Casey Affleck was working on the mockumentary film, “I’m Still Here” with then brother in law Joaquin Phoenix. During production, two women came forward with abuse and sexual harassment allegations against Affleck. Amanda White was working as a producer on the film. Inappropriate altercations that took place on set between White and Affleck include him exposing himself to her while surrounded by other men egging him on to do it, despite her objections. Affleck would refer to women as “cows” and verbally recount his sexual accolades in her presence. On one occasion, after learning her age, he suggested that she and another crew member reproduce, saying, “isn’t it about time you got pregnant?” As the disgusting and unprofessional behavior continued, White recounted a situation in which she couldn’t return to her room during production because Affleck and Phoenix had locked themselves in her bedroom, using it to have sex with two other women. Affleck was also married to Phoenix’s sister at the time. Affleck also attempted to coerce White into sharing a hotel room with him and when she refused, he became angry, grabbing and threatening her.

Magdalena Gorka worked on the film off and on, as the director of photography. Before White joined the movie’s production team, Gorka was the only woman on a staff comprised entirely of men. She was also mistreated by Affleck and wrote in her legal filings that Affleck’s treatment of her was “the most traumatizing of her career.” Gorka was also subjected to revolting conversations about her hypothetically engaging in sexual activities with other crew members. In December of 2008, the crew was staying overnight at Phoenix’s apartment and he offered to let Gorka sleep in his master bedroom and he would sleep on the couch, an attempt to make her feel more safe and comfortable. Although that is not what she felt when she woke up in the middle of the night to find Affleck in the bed, clothed in a t-shirt, underwear, and the stench of alcohol, his body up against hers with his arms wrapped around her. The incident “shocked and repulsed” her and when she told him to leave, he kept asking her “why?” and “if she was sure?” while finally leaving the room in a huff and slamming the door behind him.

Rude and offensive behavior continued from Affleck while White and Gorka worked on the film. When production wrapped up, Gorka wasn’t even acknowledged in the film credits. White did not receive the full payment for her work. Affleck did not pay her the agreed upon producer’s fee and never paid her a “living wage.” Within a week of each other, White filed a $2 million lawsuit and Gorka filed a $2.25 million lawsuit, both against Affleck. Both cases were resolved outside of court, with both women being compensated with undisclosed amounts.

Now here come the 89th Academy Awards and Casey Affleck wins Best Actor for “Manchester by the Sea.” There’s some serious proof that an actor (or president) can have some very serious allegations made against him and not have it affect his career one bit. Affleck still won basically the highest honor an actor can receive.

As Academy Award tradition goes, the winner for Best Actress from the previous year is the one to present the award to this year’s Best Actor winner. Last year, Brie Larson won Best Actress for her performance in “Room.” Her character is known only as “Ma” from the perspective of her five year old son, the product of repeated rape by her captor. Larson dove into the role, meeting with psychologists to understand the mind of a victim of kidnapping, rape, and assault. So a woman who won for a role portraying a victim of abuse now had to present an award to a man who has assaulted and intimidated at least two women. Although Larson gave Affleck a quick hug while handing him the award, she did not clap for him while on stage. She was asked about her lack of clapping in a Vanity Fair article to which she replied, “I think that whatever it was that I did on stage kind of spoke for itself. I’ve said all that I need to say about that topic.”

We live in a culture where assault allegations, sexual in nature or not, substantiated or not, said allegations will not ruin a man’s career. Obviously, Affleck was awarded one of the highest honors in the acting industry despite the abuse that he has perpetrate against women. Public interviews where our now President makes statements about grabbing women obviously didn’t deter enough people from voting for him.

The pedophelic sexual assault allegations against Woody Allen for assaulting his biological daughter in the early ‘90s didn’t keep him from winning Academy Awards and Golden Globes in 2012. In addition to those allegations, the man also married one of his adopted daughters from his marriage to Mia Farrow. They are 35 years apart. Although there’s nothing legally wrong with that situation, it’s pretty weird. Neither situation have deterred many actors from being in his films. Most recently, Blake Lively even said that working with him on the film, “Cafe Society” as “very empowering.”

In 2003, Roman Polanski won the Academy Award for Best Director. Polanski won this award even though he was charged with rape by use of drugs, perversion, sodomy, lewd and lascivious act upon a child under 14, and furnishing a controlled substance to a minor in 1977, for acts upon a 13-year-old girl. He also avoided legitimate jail time by fleeing to France before being convicted. Yet he’s still being nominated for “lifetime achievement” awards.

Lastly… Chris Brown. I don’t think I really need to say much more. The 2009 physical assault of Rihanna that forced her to be hospitalized in addition to his history of being abusive to women has not hurt his career.

The kinds of actions perpetrated by these men should not be awarded. It perpetuates a kind a culture that rewards abuse and teaches children that it’s ok to do things like that. Any kind of abuse allegations should immediately withhold the perpetrators from winning awards or furthering their careers. That’s what would teach younger generations that abusive behavior is nothing to be proud of or rewarded.