Freeman Settles in as New Principal 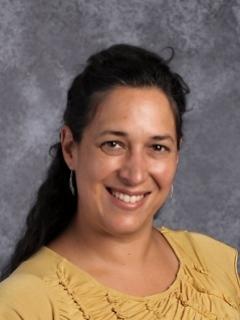 The new school year brought in many exciting things: a new schedule, new teachers, and a new principal. Ayesha Freeman superseded Tammy O’Neill as Cleveland’s principal for the 2017-2018 school year.

Freeman previously worked as an IB educator, then later as a vice principal at Wilson High School. During the final weeks of school last year, she observed Cleveland to familiarize herself before her position officially began. At that time, Freeman openly invited comments during a community-based discussion. Parents asked questions that ranged from “What’s your philosophy as an educator,” to “Are you ready for the fires?” One of the more consequential inquiries was “What are your plans for Cleveland High School?” Among the topics she addressed in her response, she noted that there seemed to be an “attendance problem,” which she would have a better understanding of the issue when the new year started.

Now, it is early fall, and Freeman has been the principal for about a month. As hoped, her “first weeks at Cleveland have been really great,” she said. She notes that she has “been asking lots of questions, and the staff has been so gracious in terms of helping out and getting to know each other.”

Freeman noticed the relationships between students, teachers, and parents. This sense of community is one of the many aspects that makes Cleveland great. In an interview, she notes that “the school is such a major part of this locale, and often brings everybody together, which makes Cleveland different than any other school I’ve worked at. There’s a lot of creativity, and advocacy among students.”

While such efforts are celebrated, they are yet to solve a repeated concern: attendance. Months ago, Freeman touched upon attendance and her earlier prediction remains true. Unlike prior years, there is an increased focus on hall passes, and overall attendance (be it classes or assemblies). This solution aims to limit the number of students in the hallways, and prioritize classroom presence.

If walking down the main hall, one may notice that Freeman’s door is (almost) always open, welcoming students in to share whatever is on their mind. Although, grateful that she has “been so well received,” students should reciprocate that open door policy by supporting Cleveland’s new principal in any way possible. According to Freeman, she “wants to meet more students. Just stop in and see me when my door is open, say ‘hi.’ Any chance that I get to interact with a young person at this school makes my day.”

She continued to state a goal of sorts, saying,“I want to make sure I know what their experience is like and what they need from me to make sure that they have the best high school experience.”

If the opportunity presents itself: introduce yourself and make the transition a little bit easier for somebody dedicated to your education.