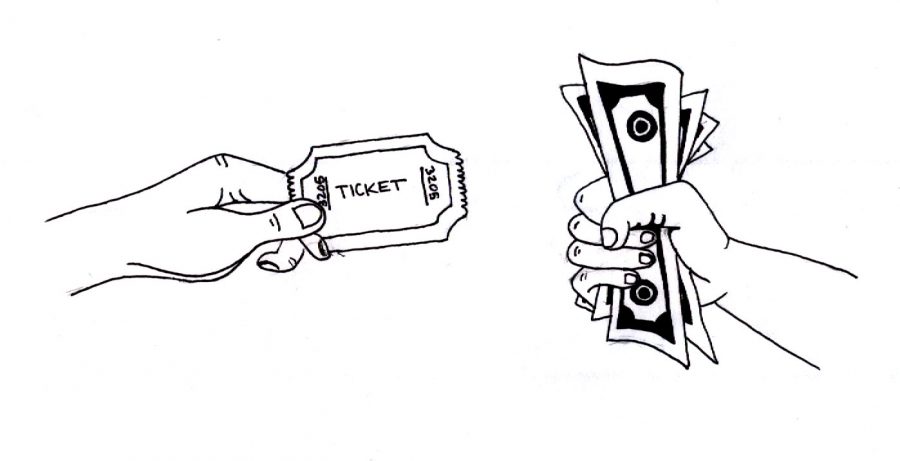 Funding for the arts has always been an uphill battle. Without an allotment of money from PPS, Cleveland’s drama department has been left on their own to make a profit. Despite this, The Company of Warriors has managed finances expertly through the years, with the help of drama teacher Tom Beckett and a little ingenuity. Still, the department is faced today with a dilemma. Because the company depends so heavily on ticket sales for revenue, attracting a big crowd is central to their success. However, this calls for the drawing of a line between artistry and revenue: While it’s tempting to perform blockbuster pieces sure to rake in the cash, these kinds of shows tend to leave less conventional, but more artistic shows, in the dust.

This is problematic for the school’s theater company because it doesn’t allow students to perform what Beckett calls “risky theater.” If almost all of their budget stems from ticket sales, then that doesn’t allow them to take chances on shows that might not be as popular. Suddenly, it’s a matter of catering to the audience, when it should be about allowing students to step up to the plate and get more involved in the process.

“High school is where you’re supposed to be able to do shows that aren’t as polished, so that you can learn from it,” said Beckett. “In order to learn we have to fail a little bit, and that type of theater requires people to write and create on our own.”

That may sound cynical, but it actually holds a lot of truth. In the opinion of junior Sophie Friedenwald-Fishman, a drama student, it’s about getting real, applicable experience.

“I love drama because I can get a feel for what it means to help create something from scratch and then perform it. It’s better if it has real meaning. That’s part of why I enjoy performing shows that were written by students,” she said.

In fact, students have been vying for the chance to be more involved financially and creatively with the drama shows they’ve been performing. Beckett says he actually interviewed many of his ex-students from his years teaching drama, asking what they hadn’t learned in high school theater that they wished they’d covered. Almost every single one of them said production business and management skills.

“They knew how to act, they’d had plenty of opportunities to act. What they didn’t have covered was what it means to operate a business and put on a show,” Beckett said.

He says it’s his job to help his students prepare for life after high school in this way. “In the real world, people work together to inspire and create. What I do is I try to make sure that when a student walks out of Cleveland, they’re able to become part of a team out there, and able to produce their own work,” said Beckett.

Not only does the performance of risky theater permit students to learn from their mistakes, but it’s also where drama becomes truly authentic. “Theater, when it’s best, is about the community — it’s about issues that are relevant to the audience and the artists. When students are creating the story and adapting it to their community, it becomes real art. As opposed to, if we’re doing these blockbuster pieces, or as I call them ‘museum theater,’ that’s just not relevant. It becomes less about the artistry,” said Beckett.

Theater is about so much more than just earning money, and that’s why Beckett and the theater company have been working tirelessly to bring student-led shows to center stage. The Groundlings festival, coming up in February, will feature at least 16 separate shows directed by students. It’s an excellent opportunity to watch drama students from all around Portland perform shows straight from the heart. After all, rolling the dice on student-powered performances like these is, in a way, exactly what breathes life into Cleveland’s theater department.