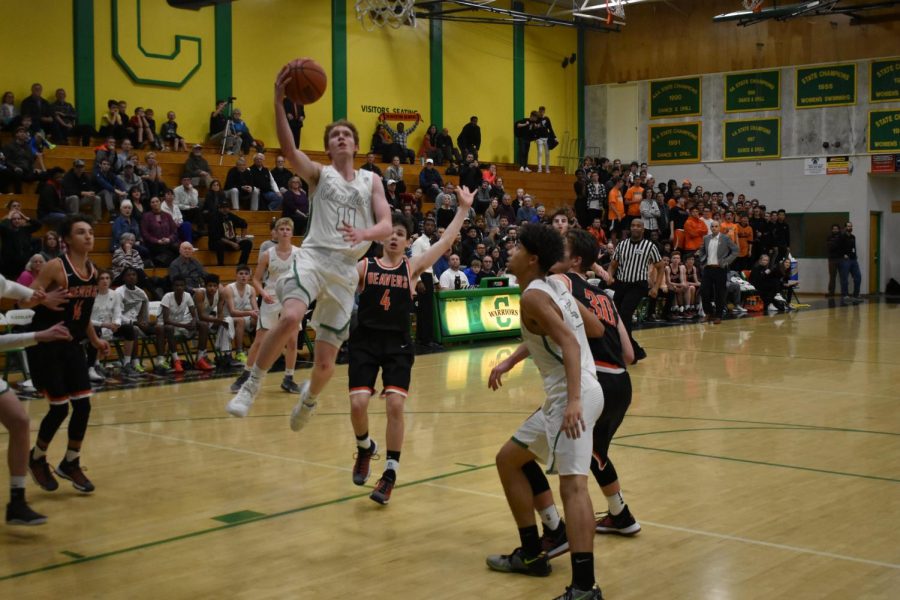 Rowan Anderson, who scored a game-high 19 points for the Warriors, drives to the hoop in the Warriors' season-opening loss to Beaverton Dec. 1.

After weeks and weeks of preparation, Dec. 1 finally arrived and so had the new season. The tip-off game for the Warriors would be at home against the Beaverton Beavers.

The Warriors got off to a hot start, outscoring their opposition by a score of 18-11 and not letting the Beavers anywhere near the paint in the first quarter. In the second quarter, the Beavers aimed to minimize the Warrior advantage, but it was difficult, due to guard Joey Rodrick’s 15 halftime points, as their Warriors narrowly maintained the advantage at 28-26.

In the third quarter, the Beavers outscored the Warriors by four giving them 40-38 lead, heading into the final period. It was then when the Beavers really did pull away for good. Beavers small forward Jake Estep led all scorers with 30 points as he helped drop the Warriors. Cleveland’s leading scorer was Rowan Anderson who totaled 19 points.

The Warriors look to bounce back next Tuesday, Dec. 5 as they play host to the 1-1 Forest Grove Vikings.