Lucky Loki Gets a House 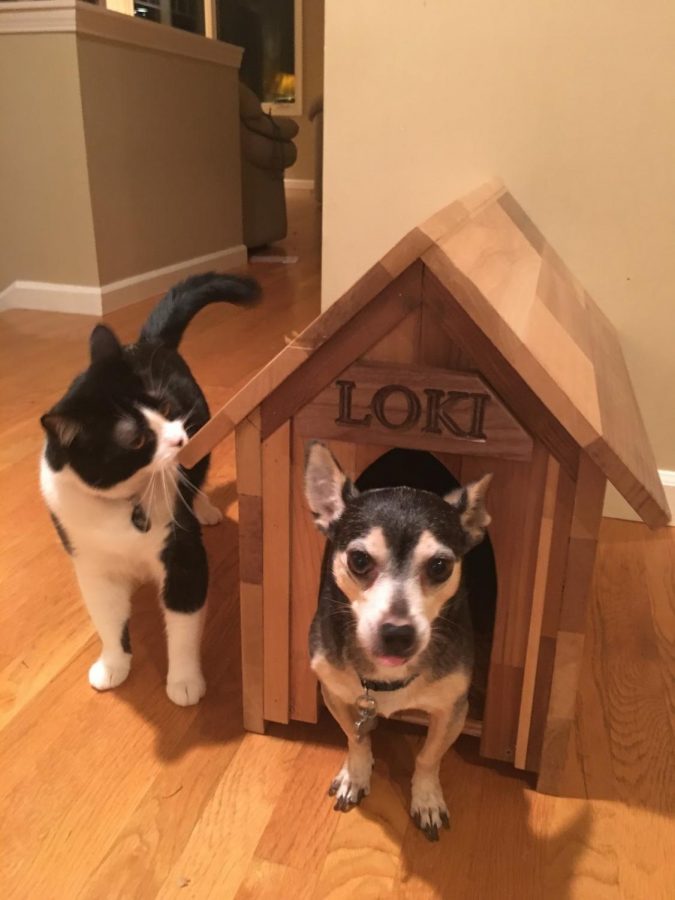 After two weeks of hard work, on Sept. 20 Cleveland’s woodshop class finally finished the dog house that they made for Principal Ayesha Freeman’s dog, Loki.

Loki is a chihuahua mix and very loving and friendly. Both Freeman and Loki are thrilled about the new dog house and Loki spends most of his time in it, according to  Freeman.

The woodshop class, headed by teacher Brian Barnes, started this project at the beginning of the school year as a welcome gift for the new principal.

“I thought it was such a sweet gesture. When you start a new job, it feels so nice to be well received,” Freeman said.

She described how the idea came to be, saying, “In late August I was meeting with Mr.Barnes and he said, ‘Is there anything you need?’ and I said, ‘Made out of wood?’”

She then realized they could make her a dog house. Freeman wanted a house for Loki for a while, but she couldn’t find one that was the right size for her small dog.

Many different students worked on the house, doing bits and pieces of the construction, such as sanding, planing, or cutting wood. Barnes said that the class learned a lot, especially about using new and different tools in the making of the house.

“Mr. Barnes asked me to coat the dog house with polyurethane because I like to paint things in woodshop, so it was pretty fun,” said Tenzin Jigtel, senior. “The dog house came out really well. The quality and the attention to detail we put into the project was dope.”

This project seemed to have turned out very nicely, benefiting students, teachers, and dogs alike. Loki and Principal Freeman are extremely grateful for this gift.