Football Team Moving Down to 5A Classification

The Oregon Schools Activities Association allows Cleveland, one of 22 in the state, to move down in classification to be more competitive 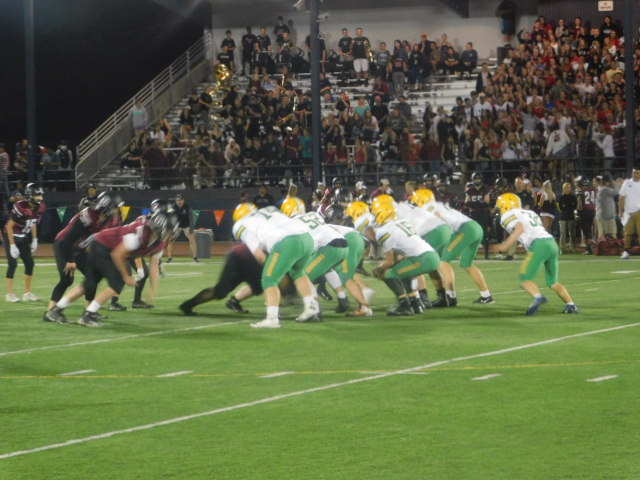 The Warriors' offense takes the field against Glencoe. Photo by Scotty Douglass

Cleveland has a complicated relationship with football. Adored and respected by those who play, misunderstood and mocked by those who don’t. In an attempt to improve this unhealthy relationship, a big change has been set in motion. The Warriors are moving down to the 5A division in football only.

The Warriors will compete in the 6A, the largest school classification, in all other sports.

This year the OSAA (Oregon School Activities Association) decided to switch things up in an effort to promote competitive balance. It gave the option of moving down any team with a win percentage of 22 percent or less over a two or four-year period. Cleveland was one of 22 teams in the six state qualifications that fell into this group. Benson and Wilson from the PIL also opted to join the 5A ranks.

The Warriors head coach Eric Fraser believes this will help the program from the ground up. “It starts with the little kids. If they see us getting blown out every night, they dont want to play, and then our program suffers. I believe this will benefit everyone. It gives the kids a chance to be more competitive and makes the games more fun for the community.”

Looking to the future, the Warriors’ season starts off with an anticipated out-of-league game against Franklin, their longtime rivals. After last season’s end of the year loss that kept the Warriors from advancing to the playoffs, this first game promises to be full of excitement.

It is up in the air whether or not this change will make the Warriors an instant winner so many are hoping for, yet this seems to be a step in the right direction and only time will tell. After all, that’s why you play the game.