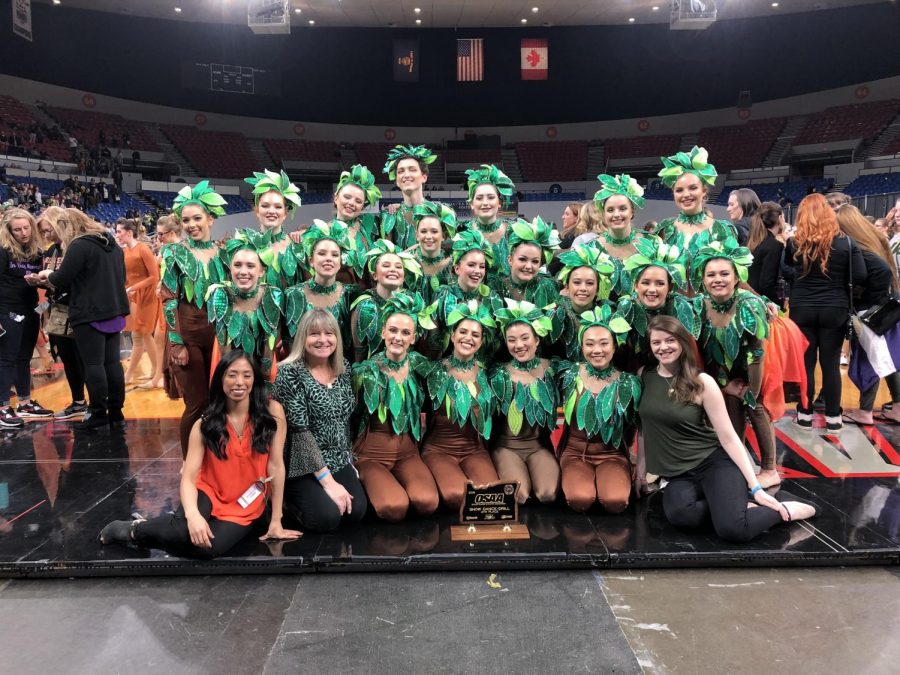 Exactly one year ago, the Clarion reported that two Native American students brought some concerns about the name of the Cleveland Dance Team to administration. The students felt that the name “Sundancers” was disrespectful to a ritual dance that is sacred to some Native American tribes. They also explained that the name is a form of cultural appropriation, which is when a concept, item, or ritual central to a minority culture is adopted by dominant culture and its significance is minimized or disregarded (reference Cultural Appropriation; Understanding Oppression at Cleveland High School and Beyond for a more in-depth discussion of the term). Now, the Cleveland Dance Team has decided to officially change the name of the team, and a new name will be chosen in the next few weeks.

“Cleveland has a history of cultural appropriation,” said senior Larae Ellenwood, who is of Nez Perce, Blackfeet, and Seneca descent. “It is hard to see a school that is so attached to something that doesn’t belong to them.”

Until 1988, Cleveland’s mascot was the Indians and the newspaper was called the Tomahawk.

Additionally, Williamson said it took her some time to connect the dots between Cleveland’s historical portrayal of Native Americans and the name of the dance team. When she made the connection, she immediately felt uncomfortable with the name. “Sophomore year was when I noticed that they announced the team at an assembly as the Sundancers, and to me and my family that is really sacred … . That is one thing we don’t joke around about,” she said.

Williamson is a part of the Nez Perce tribe, which has connections to the Sundance ceremony. “Traditionally, my tribe did not participate in that, but during the war my great-grandfather was taken in by Sitting Bull, so he learned that ceremony through him,” she said.

The official decision to go forward with a new name was made during a dialogue between Williamson, Ellenwood, and members of the dance team. Cleveland principal Ayesha Freeman was able to connect with the Indian Education Department at Portland Public Schools to support Williamson and Ellenwood as they prepared a presentation for the dance team.

“What I’d been hearing from students who self-identify as Native American since I became principal is that they wanted a chance to voice their concerns and perspective to the dance team…about why they feel that the name is disrespectful,” said Freeman.

The meeting took place shortly before spring break of this school year, and current captains and juniors who will be on the team next year were invited to attend.

“We started by saying that this was never about us versus you guys,” Ellenwood said of clearing up misconceptions that her and Williamson were against the dance team. “We want to be respectful of them as a dance team. I think we acknowledged that in the meeting. We respect each other…They’re very talented. They represent Cleveland very well. And that’s something that the school should be proud of.”

“It was helpful to know how the name had affected [Williamson and Ellenwood],” said junior Moira Burkhart, who is on the dance team. “And to also learn what the name means to them and the significance of the ceremony.”

Most members of the team were willing to move forward with changing the name after being able to hear the concerns of Williamson and Ellenwood. “Most of the meeting was just us agreeing with them that the name needed to be changed,” Burkhart said.

The team stopped using the name at the beginning of their fall season this year, and were announced as the Cleveland Dance Team at all competitions. “Ever since the beginning of our fall season, we have not been using the name. All of our apparel and everything was changed,” said senior and dance team member Lily Gilmore. “But on the OSAA website, we were still the Cleveland Sundancers. We don’t want to just keep the name ‘Cleveland Dance Team’ because all across Oregon, dance teams have names different from their regular school mascot.”

Some members of the dance team are more attached to what the name has come to mean for them than to the name itself. “Obviously I’m not speaking for the whole team…but our whole thing with the sun is that it represents positivity. We don’t really know how to change our name to fit what we want it to mean. It’s not that name itself that’s super important, but it’s what it has come to mean for the team,” said Burkhart.

“We knew that while it was kind of hard for us to transition, we knew that [changing the name] was the right thing to do,” said senior Peyton Hamilton, a member of the dance team.

“Native Americans…we are an underserved group when you look at national statistics,” said Williamson. “Nobody in the school really knows much about Native American history. When you get rid of a mascot that is derogatory toward a certain group, I think it’s important to keep that education going…like, ‘Ok, how are we going to make sure that this never happens again?’”

Ellenwood brought up Senate Bill 13, a bill passed this year by Oregon legislature requiring the mandatory development and implementation of a curriculum in schools relating to the Native American experience in Oregon.

“That was something that the dance team brought up…that they were never educated on this topic, because the school doesn’t provide that education,” said Ellenwood. “We have Ethnic Studies… and I think that’s a big step. And SB 13 being passed is a big step.”

Freeman believes that this entire process has been a learning experience for the school. “Whenever culture is a factor, everyone is learning from each other. I learned from [Williamson and Ellenwood],” said Freeman. “Learning about culture…helps us know how to honor it and be respectful.”