Beloved Artists Hit Their Stride with New Releases This Fall 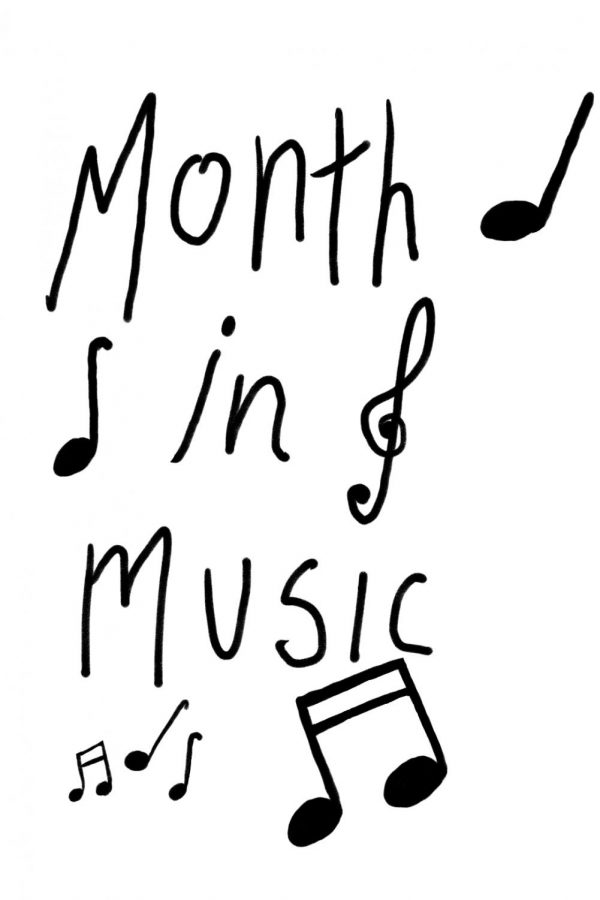 With the superb “Room 25”, Noname, born Fatimah Warner, solidifies the introspective and contemplative persona she revealed to the world with the release of her breakthrough mixtape, “Telefone”, in 2016. Her breathless flow means that you need to listen to some songs on the album twice, but that is not a task that one should dread.

It is easy to see why Noname got her start in slam poetry. Her lyrics are fiercely poetic social commentary, and she effortlessly moves between her own lived experience and her observation. She comments on the world with the clarity and power of a female Kendrick Lamar, like an author, like a passenger in a car who watches the landscape fly by and is able to quickly catch meaning in even the most minute and mundane.

She also transitions from serious topics to lighthearted fare with ease. A good example of this are the final lines in her verse on the Smino-assisted “Ace”: “Room 25 the best album that’s coming out/I’m just writing my darkest secrets like wait and just hear me out/Saying vegan food is delicious like wait and just hear me out.” It is in these dichotomies that we see Noname flash a smile, even for just a second, and take pride in her incredible wordplay.

If “Telefone” was an introvert’s path to adulthood, “Room 25” is an introvert’s grappling with it. Noname makes clear how uncomfortable it is for her to be so open in her music on “With You”. “Gave you a taste of my redemption/Now I want my drink back,” she raps.

A major change in Noname’s life between the release of this last album and her first album was her move from her native Chicago to Los Angeles. She uses the well-known absurdity of Hollywood as an introduction into a critique on the absurdity of America on “Prayer Song”, saying “L.A be bright but still a dark city/So come and get your happy and your new titties”. She elaborates on “Don’t Forget About Me”: “Welcome to Beverly Hills/Welcome to Vicodin, I took the pills/I think they save lives/I just hope that they right.”

“Don’t Forget About Me” is the saddest and best song on the album. You can hear the loneliness seep into Noname’s melodic voice as she reassures herself out loud. The slow neo-soul beat gives her space for these musings. Long pauses and a substantial interlude heighten the effect, as does the repetition in the lyrics. Since her move to Los Angeles, Noname has been struggling with fame, and the gap between public perception of her and how she sees herself. She brings that disconnect into sharp focus with the lines “You title email ‘Noname thank you for your sweet Telefone/It saves lives’/The secret is I’m actually broken/I tried to raise a healing kneeling at the edge of the ocean/Somebody, somebody said it saves lives.”

But for all the sadness, regret, and loneliness that is characteristic of Noname’s work, there is also a wise and knowing voice that permeates her lyrics. She concludes “Don’t Forget About Me”  with a reminder that nothing is permanent, and only some things are important: “I know everyone goes some day/I know my body’s fragile, know it’s made from clay/But if I have to go, I pray my soul is still eternal/And my momma don’t forget about me.”

“Mariner’s Apartment Complex” is the exact type of song you would expect from Lana Del Rey, which does not make it any less worth the listen. It’s her latest single from her upcoming sixth studio album, and she sings it like a lighthouse burning bright while a storm rages: unflappable, secure, and beaming from within. The release was accompanied by a remarkable aesthetic video directed by Del Rey’s sister, Chuck Grant. The somber rock ballad base of piano and strings sets the foundation for a song that’s personal and profound.

Del Rey’s musical progression since the 2012 release of “Born to Die” has not been linear. Each of her albums have had such a distinct genre influence that is hard to even rank them. In this song, Del Rey synthesizes each of her sounds to form a fully fleshed out musical identity.

While so often we hear Del Rey from a character point of view, on “Mariner’s” she is unapologetically herself, asserting her ideals and beliefs. “Think about it, the darkness, the deepness/All the things that make me who I am/And who I am is a big-time believer/That people can change, that you don’t have to leave her,” she sings.

She resents being pigeonholed as music’s quintessential sad girl, a stereotype that is starting to dissipate a bit after her most recent release “Lust For Life”, which had a more upbeat vibe overall. She insists that she’s not what we think she is in the opening line. “I ain’t no candle in the wind”, she declares. Later in the chorus, she says “You’re lost at sea and I’ll command your boat to me again,” making it clear that it is Del Rey’s world now that she has found her stride.

It wouldn’t be Month in Music without a BROCKHAMPTON review, would it? The boyband dropped the first installment of a promised trilogy on Sept. 21. The 15 song album, titled “iridescence,” was recorded in ten days at the iconic Abbey Road Studios in London. The project shows members searching for truth and cohesion. They find it in flawless lyrics and almost indistinguishable transitions (the way “New Orleans” flows into “Thug Life” so seamlessly makes the whole album worth a listen).

In the first song on the album, “New Orleans,” we see the members painting themselves as reckless pop stars living on the edge, with nothing holding them back. This song serves as a counterweight to the more emotional content to come. In the third verse, Joba says, “Impending death is the only sign of life / I’m throwing Hail Mary’s, ‘till I die.” Kevin Abstract offers a repetitive yet powerful chorus, saying, “Tell the world I ain’t scared of nothing / Tell the world I ain’t scared of jumping.” Merlyn Woods, known as one of the most distinctive personalities of the group, ends the song by hammering home the image of a star who made it big and can’t be bothered. “If Jesus was a pop star, would he break the bank?” he wonders. “All these diamonds in my face, I’m shining like the day / I’m living in my prime, man, what can I say? / If the service is an hour, I’m an hour late.”

“J’ouvert,” which refers to the opening day of Carnaval in many parts of the Caribbean, finds members of BROCKHAMPTON at their most raw and frustrated. This tone is evident from the very first line, where Matt Champion raps, “When there’s a rough patch, don’t eye for the parachute / They goin’ AWOL the second that the light goes on.” It’s very possible that Champion is referring to the group’s decision to confront the sexual assault allegations made against former member Ameer Vann, implying that the group intends on staying for the long haul and not letting  controversy split them. Joba rises to a fever pitch on his verse, screaming the majority of his bars. The frustration is evident, and it’s not without reason; the group has been through a lot together on their rapid rise to fame, and everyone has made missteps along the way. This theme is continued on “Tonya”, referencing the well-known story of ice skater Tonya Harding whose fame was brought to a crashing end because of scandal.

BROCKHAMPTON’s quest for truth finds them regrouped and rebirthed, ready to continue putting out projects that push boundaries. There is really no one else that sounds like them right now, and they are ready and willing to build off of their success.

There is a point in every talented musician’s career where they meet an interesting contradiction. Once they are regarded as one of the greats, they do not have anything to prove. Simultaneously though, they must display why they are one of the greats by continuing to put out amazing content to refute any claims that they have peaked. Lil Wayne’s long-delayed “Tha Carter V” put him on that exact precipice.

It is just short of a miracle that the album was finally able to be released. It follows years of personal and professional chaos, where Wayne dealt with health problems and had a lengthy and bitter dispute with his former label, Cash Money Records, over his right to release the album. It does not matter to most fans that the album is haphazard in some regards and is not Wayne’s best content ever. The fact that he is back in the spotlight freely releasing music is cause for celebration.

The distinguishing feature of the album is the vulnerability. A teary intro track of a voicemail sent by Wayne’s mother to him sets that tone early. He concludes with that same vibe, discussing the moment he shot himself in the chest as a child on the final track “Let It All Work Out.” He explains this suicide attempt as being due to his mom not letting him pursue a rap career. His mission has always been to make music or die trying.

He also shines on tracks where he has close ties with the featured artist. On “Dark Side of the Moon,” with Nicki Minaj, he paints a picture of an all-consuming, passionate relationship. “Planet of the aches, and she is my prescription / We out of this world baby, we have been evicted,” he rhymes. Nicki and Wayne have great personal and musical chemistry, and it comes through. On “Famous,” his daughter Reginae Carter delivers an intoxicating opener, and he muses on fame: “Probably thought that my career would be short and sweet / Wishin I was in your shoes, I’d take them off and find a beach.”

But, in true Lil Wayne fashion, he does not pass up on a few so-goofy-they’re-good one-liners. “They started French kissing so he didn’t see moi,” he raps on “Mona Lisa,” a bizarre and confusing song describing a woman cheating on her boyfriend. It is not quite equal to the lyrical creativity and acrobatics of “6 Foot 7 Foot” off “Tha Carter IV,” my personal favorite ever from Lil Wayne, (the song that gave us the iconic line “Real G’s move in silence like lasagna”). But the erratic and speedy flow on “Mona Lisa” gives us flashes of Wayne’s brilliance.

There’s simple pleasure in those signature lighter flicking noises that introduce most of Wayne’s tracks, and he knows how long his fans have been waiting to hear those. “It’s alive, it’s alive, I’m revived, it’s C5,” he announces on “Let it Fly,” a collaboration with Travis Scott. We’re excited too, Wayne.