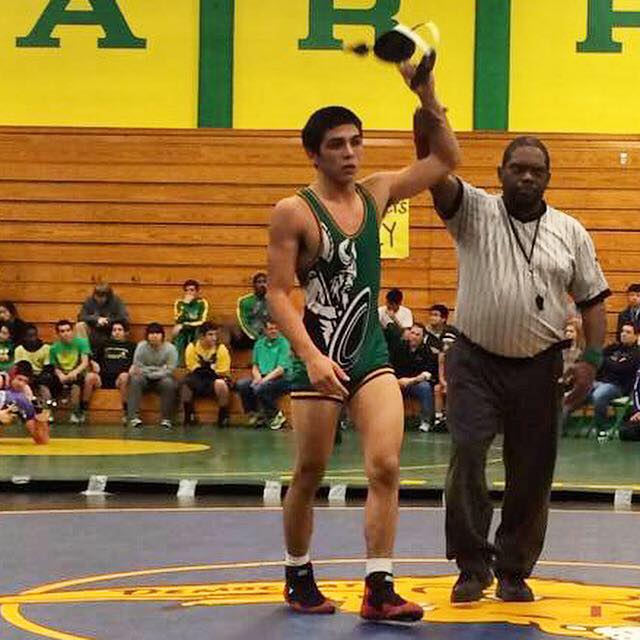 Teams from Cottage Grove, Forest Grove, Hood River Valley, and many other places in Oregon competed. The officials created a new way of scoring in which a wrestler could challenge the person in the place above them for their spot, creating a switch in position for many of the girls.

Salisbury, a junior, ended the meet with four pins overall. Neher, also a junior, finished the competition with the most single match points (five), and the most total match points (10) overall. As a team, the Warriors had eight pins and 37 points, good for fourth place overall.

“I was very much looking forward to what I believe is the meet of our season. We only wrestle four matches where we go outside of the Portland area to showcase our talents,” coach Jeff Zerba said, regarding his feelings towards the competition.

Salisbury, in the 126-pound weight class, is one of the new wrestlers to the team this season with a 5-5 record so far in her wrestling career. She has become a very good asset to the Warriors and their pursuit of state.

“Everyone has a chance to qualify and go to state. We put a lot of work into training for this meet and to have it work[ed] out in our favor for the majority of the girls–shows how prepared we were,” Zerba said following the end of the meet.

The wrestlers’ last meets of the season to look forward to are the Feb. 11 Senior Night and the state meet on Feb. 20-21.