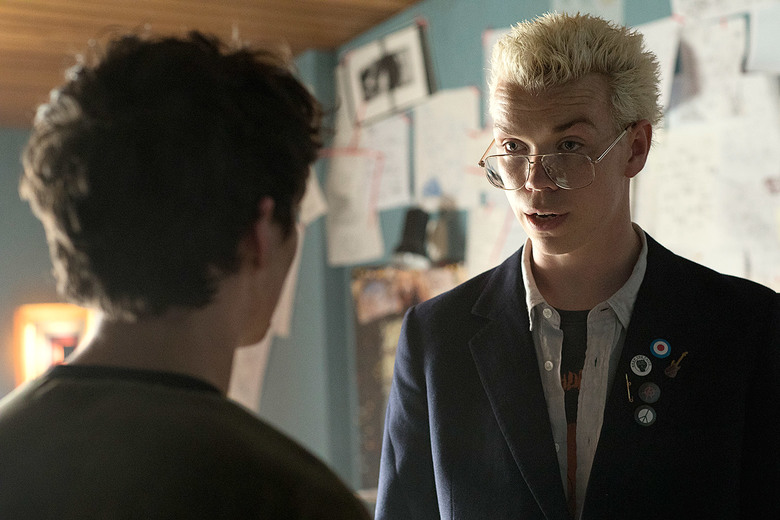 By James Dryden and James Roach

Few shows are as prolific and as terrifying as Black Mirror. A look at horror with a focus on technology defines this series, well known around the world for its frightening look at realities that could soon come to pass as our technology continues to evolve. For the end of 2018, Netflix released the project they had worked on for the entirety of the year, “Black Mirror: Bandersnatch.”

This is a truly unique endeavor for Netflix as this is their first foray into the concept of interactive media. The movie, set in 1984, follows a boy named Stefan as he attempts to get his game, “Bandersnatch,” created. The twist however, is that you can control the choices he makes, and over the course of the film he slowly becomes aware there is someone pulling the strings. Of course, as the player moves through the story, the choices they make may influence how the plot progresses, and change the endings you get. There are multiple endings to “Bandersnatch,” which adds to the enjoyment of the experience. Being able to actively make choices in the plot allows the viewer to become more invested in the outcome.

Unless you’re an avid fan of “The Adventures of Puss in Boots,” “Bandersnatch” is your introduction to making decisions in a tv show. This adds a unique spice to an already crazy story/stories. Each choice in the game either feels so miniscule or extremely important to how your story ends. Luckily, there’s only around four or five decisions that make you ask why it’s even in the movie. The rest lead you down a vast series of timelines that are so different that it makes you want to retry the movie over and over again. Even without the decision gimmick “Bandersnatch” is still a fairly decent movie. All the acting feels natural, it’s well shot and the script is clever. It’s clear that “Bandersnatch” had passion and ambition going into production.

We’ve always been partial to having input on decisions made within the media you consume. It really connects you to the content in ways that aren’t usually possible through a medium like a book or podcast. The more you work through the decisions the more you end up caring about how the game comes out. The story knows about your investment, so when a character casually mentions feeling deja vu in a situation you’ve had to repeat multiple times can send a shiver down your spine. So we suggest for this Black mirror episode, you sit back, turn on the TV, and relax.