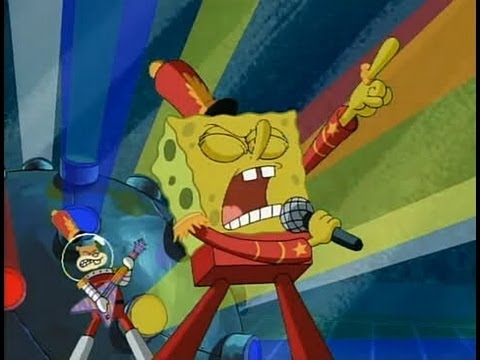 By James Dryden and James Roach

What an absolute travesty. It’s pretty fair to say that very few people were satisfied with 2019’s Super Bowl. Literally nothing happened the entire game, all of the ads were either forgettable or cringy, and worst of all, the massive display of disrespect toward Spongebob’s creator Stephen Hillenburg.

In November 2018, we lost a legend. Stephen Hillenburg, the man who had an influence on the childhood of millions, passed away due to Lou Gehrig’s disease. Soon after his death, 1.2 million people petitioned on change.org that ‘Sweet Victory’, an iconic Spongebob song, should be performed at the upcoming Super Bowl. Once it got closer to date of the game more news came out in support of this idea as both the Spongebob social media account and the voice actor of Squidward teased it. Finally, half-time came. Thousands anticipated the Spongebob cast to perform a tribute towards the creator in a tear-jerking experience. Instead we got Sicko Mode by Travis Scott. We couldn’t even have a whole 10 seconds of Spongebob without being bombarded by the overpopular song. Many were robbed of an emotional moment and instead were left confused and furious. The issue isn’t how little the NFL tried to honor Stephen Hillenburg, it’s how oblivious they were when disrespecting his legacy.

Another lackluster aspect of the Super Bowl was the advertising. Many people enjoy the advertising almost if not more than the game itself. This is a time for new and funny ideas to be shown, and to build hype for a product. Unfortunately, this year they did not quite meet the quality which is expected. The only ads that weren’t total cringefests were short teasers for upcoming movies. The commercials were either bland car ads or some food product trying to be hip or cool. Ads were for products such as Amazon Prime and Pepsi, with not many new or creative ways to make their product interesting. Other than the trailers for Avengers: Endgame and the new Fast and Furious spinoff, nothing caught the attention of the audience.

Even with bland ads, a mediocre halftime performance, and the disrespectful act toward Stephen Hillenburg, as long as the game was eventful it would’ve made up for it. Unfortunately the final score was 13-3, which was disappointing to pretty everyone judging from the social media reactions. For majority of the game the scoreboard was collecting dust. There wasn’t even an interesting victor, as the Patriots took home the trophy for the sixth time. Overall, the performance of both teams was lackluster, and there wasn’t even a surprising twist to make up for it.

It’s a challenge to find someone pleased with this 2019’s Super Bowl. Spongebob fans unleashed their rage against the NFL, footballs fans were bored out of their mind, and Stephen Hillenburg rolled in his grave. Hopefully next year will be better.