Video Game Back Alley: Frog Fractions 2 Hops into My Heart

How a puzzle game taught me about shaving, Barack Obama, and defusing a bomb all at the same time. 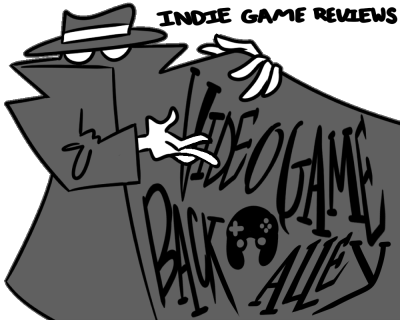 Usually when a game that’s been anticipated for two years is released, it takes minutes for someone to begin playing. For the indie title “Frog Fractions 2”, it took several weeks. To understand “Frog Fractions 2”, we need to understand the first “Frog Fractions”. This game was released innocuously in 2012 by developer Jim Crawford, and existed as a parody of classic math games that you would have played as a child when your internet access was limited to educational video games. It starts as a simple point and click game where you shoot bugs with your tongue, but eventually evolves into a space flight experience, to a presidential race that gets resolved by dancing. This parody of the genre was known for its humorous take on a type of game that was known to lack much entertainment value. 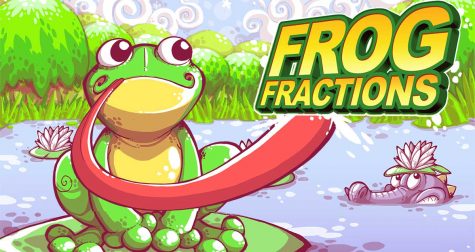 So in 2014, the sequel was kickstarted, which quickly reached $72,000, significantly more than its $60k goal. A little while later, a clue was found in a video put on the kickstarter, an encrypted message on the blackboard in chalk. This would start a two year quest across the internet for this game. Clues would lead to more clues and in some cases give hints to the content of the sequel. In December of 2016, after years of searching for the elusive title, it was eventually found, hidden within another game called Glittermitten Grove.

The game itself is about puzzles, and takes all your brain power to solve a few of them. The graphics of the game pay into this, as it is styled after a game that could be found on the Atari. The limited visuals make you concentrate on the extremely difficult mind-twisters. They are hidden all across the playable area, and these puzzles make you feel smart when you solve them. I can remember getting the rush that comes when you make a big realization multiple times over my playthrough, and laughing at the jokes and internet references put in by the developers.

Over the course of the game, you can unlock different mini-games through finding certain areas. These range from playing a strange mixture of flappy bird and cookie clicker, to even shaving Barack Obama’s face in a limited amount of time. My personal favorite is “S.P.A.X.R.I.S”, an acronym which stands for “Super Passive Aggressive Xenomorph Roommate Irritation Simulator.” The premise being you have to find some way to irritate your apartment roommate Todd (an alien) enough to make him not want to sign the new lease, which is the end of today. All of them had this weird quality that had me on the floor at times, the absurdity of the premises combining with well thought out mechanics making a hilarious and well designed experience. 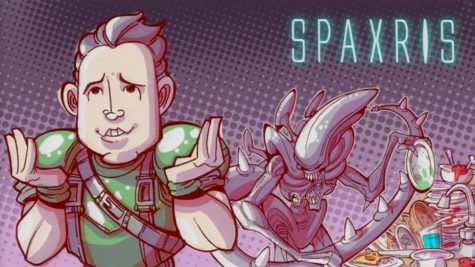 The soundtrack however isn’t much to get enthused over. Although it is obvious that a lot of effort was put into it, there aren’t many standouts that I could see myself trying to find. I do think that making a song for each of the mini-games to help distinguish the tone was a good choice. In the bizarre combinations of game formats that the game is made of, having the soundtrack relate to the combination in some way adds to the experience.

Over all, “Frog Fractions 2” is an incredibly unique game experience. Tackling parodies of so many genres is already an incredible undertaking, but never losing the humor that makes the game worth it is another hurdle that FF2 leaps over, well, like a frog. The replayability is also a major plus to the experience. I can see myself coming back to the game to experience some of the gags and puzzles that made me laugh. The game is $20 on steam right now, and is hidden within the game “Glittermitten Grove.” If you’ve been looking for brainteasers as well as a healthy dose of comedy, “Frog Fractions 2” is a hop away.