The Queen of the Box Office Bites the Dust 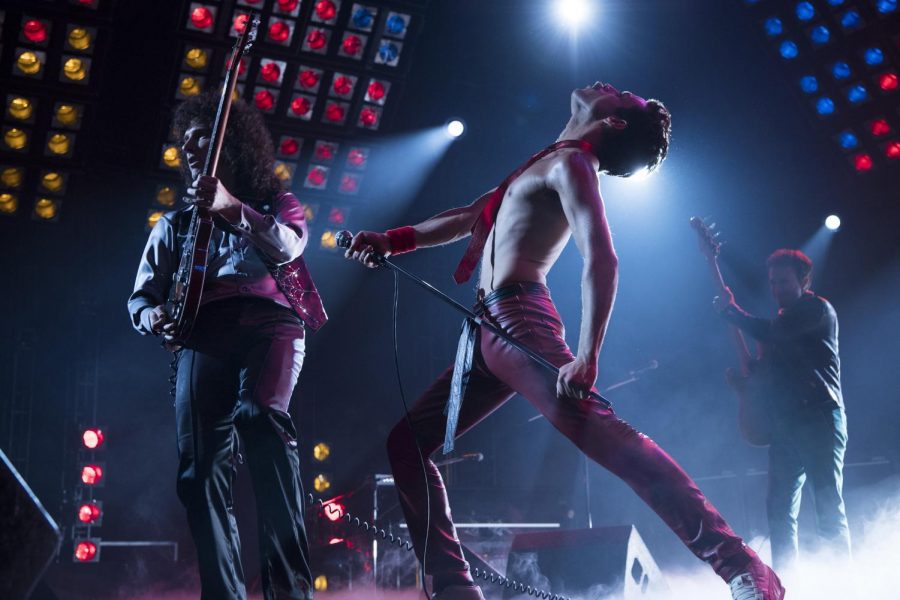 By Graham Jones and James Roach

Out of all the problematic, vile, and angering “movies” in 2018, the cinematic disaster known as “Bohemian Rhapsody” stands out for all the wrong reasons. From the factual inaccuracies and the director being an alleged pedophile, it’s shocking to find out that people not only enjoy this, but actually love it. Even if you disregard the plethora of issues surrounding the film, “Bohemian Rhapsody” is still an absolute trainwreck.

As a Queen biopic, ”Bohemian Rhapsody” is a total failure. After two hours and 14 minutes of complete suffering, the audience still learned nothing about the actual band due to lack of genuine history in the film. There are multiple times where the film feels the need to change the past just to prove an insignificant point. For example, during one scene Freddie announces to the band that he has signed on to do a solo album. Interpreting this news as a betrayal, the band is disappointed and angered. While this was put in the movie to somehow show that Freddie is greedy, in real life, two of the band members already had solo albums out the year before Freddie did.

While that was just one example, the worst change made is when Freddie’s history with AIDS is completely re-worked. It’s common knowledge that Freddie did not know he was HIV positive until April of 1987, but the film presents it as if he knew in 1985, right before Queen’s Live Aid performance. It’s extremely displeasing to see a studio mold Freddie’s real-life tragedies to their own liking just so they can make his life seem more like a cliched Hollywood biopic. For people with AIDS who look up to Freddie, seeing the disease used as a plot device instead of an actual serious matter must have been disheartening. Overall, it’s just depressing to think that a film meant to teach the true roots of the band had almost nothing of the real deal.

The biggest compliment people have been throwing toward this travesty is that Rami Malek is fantastic as Mercury. And yeah, he’s the best part of the movie, but when everything else ranges from abysmal to subpar, it’s not surprising that a decent performance stands out. Rami Malek rarely feels like Freddie Mercury and just comes off as a Hollywood-ized version of the person. Malek sure looks the part, but there’s little he can do when the writing and directing constantly hold him back. It’s not Malek’s fault that his efforts lead to nothing, it’s the director’s. Quite possibly the biggest offense toward Queen’s lead singer is that by end of the movie, he feels like an irresponsible and greedy mess that didn’t develop in any way, shape, or form. Malek does his best with what he’s given, but it’s still a lackluster performance nonetheless.

At the throne of it all is director Bryan Singer, most well known for his work on the X-Men films. For the most part, Singer was a respected filmmaker with critically-acclaimed films such as “The Usual Suspects” under his belt; but what the public didn’t know was that much more disturbing things were also under his belt. On Dec. 7, 2017, Singer was accused by Cesar Sanchez-Guzman of sexually assaulting him when he was 17. Allegedly, Singer raped Cesar in 2003 and threatened that if he tried to report it to the police, he would ruin Cesar’s reputation because of his power in the industry.

This wasn’t the first time Singer had the looming shadow of sexual assault behind him. When working on the film “The Usual Suspects,” production was paused due to actor Kevin Spacey’s inappropriate behavior on set. When Singer was asked about this, he simply responded that it was just Spacey’s personality and that he was just joking around. So after knowing all the terrible things this man did, you would think that this film would be getting backlash like no other film, but no. After all this, the movie still received audience and critical praise, even being nominated for multiple awards. On top of that, after all the allegations, Singer still received $40 million dollars from the success of the movie.

It’s honestly confusing trying to figure out why this movie has a fanbase. It’s factually incorrect, horribly executed, and directed by an alleged pedophile. It’s said that Hollywood is changing and how they’re disowning people that have sexually assaulted others, so why is Bryan Singer still getting a fat check and award nominations? “Bohemian Rhapsody” doesn’t deserve awards even if it wasn’t directed by an alleged pedophile. Maybe someday people will recognize the plethora of problems in this movie, but for now we’ll just have to hope that this dumpster fire bites the dust.