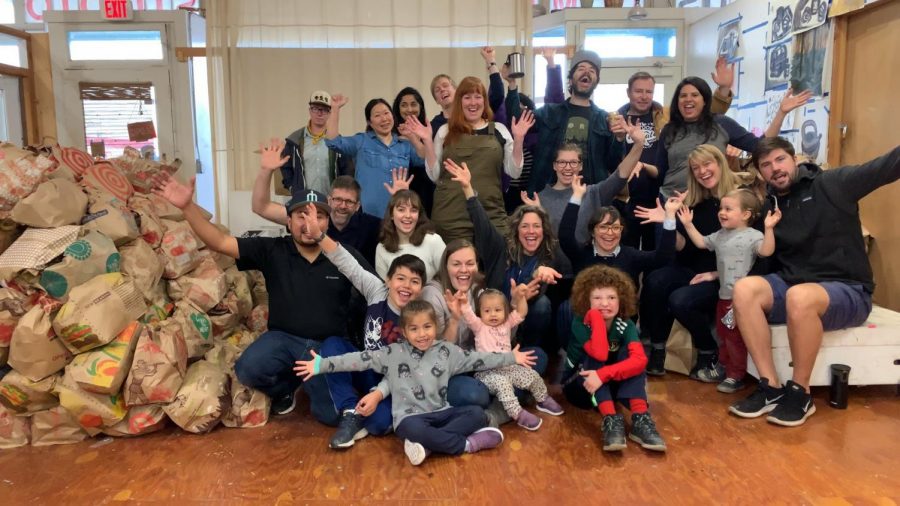 The gift of giving in the Cleveland community has never been stronger, thanks to one teacher who is making a personal difference. Jacqueline Fitzgerald, an English teacher at Cleveland, has been working on the same winter charity project for six years consecutively. But the difference this year? They’re getting a little help.

It all began in 2013, when Fitzgerald and her husband, decided to do charity work on Christmas instead of exchanging gifts. They compiled packs full of blankets and tarps and began distributing them around the Portland downtown area.

The packages full of blankets and warm clothes were “gone in ten minutes,” according to Fitzgerald. “The cold can be really rough here in Portland, that’s why it’s important these people get some protection from it.” Fitzgerald says. “It breaks your heart to see these people in pain, but it feels good knowing that we can help with these packages.”

Over the last six years, this program, dubbed “Radiant Heart,” has grown exponentially. Last year they hit over 60 donors and over 30 volunteers, including friends and family. Unfortunately, the rapid growth of the program can be hard to manage.

Having to organize so many people makes the work more difficult, according to Fitzgerald. However, this is not going to keep the crew down as they are getting help from local businesses and communities. This year, the event took a month to plan and coordinate, with some assistance from Grand Central Bakery, who assisted by offering supplies. Fitzgerald also enlisted help from Cleveland teachers, asking for paper bags that could be used to hold the care packages.

It warms the heart to see that such positive work is not only happening in the world in general, but is in fact a part of the Cleveland community. So why do they keep doing this after that fateful Christmas day years ago? “I think it’s important to provide relief for those at risk,” said Fitzgerald. “It’s really great to work with the community to do something more.”

(Photo given by Jacquline Fitzgerald)