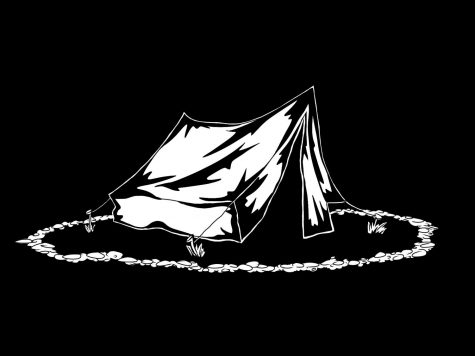 Disappearances Inc.
His job may not be well paying, or have great benefits, but it was steady and honest work. He was a faerie, so the work could be, and was, frequently condemned in other circles as “unethical,” “taking advantage of innocents,” or just plain “kidnapping.” Which it wasn’t. Those humans did all the disappearing themselves. Or at least most of it. His office did a bit of guidance and encouragement. It didn’t take much.

The equation was simple: independent hiker + false paths + weird noises = disappearance + his paycheck. And if a search party ever arrived, which was rare, then either the woods became overgrown and impassable in all the right directions, or there were a few more disappearances. He was personally fond of extra disappearances; those were much more entertaining.

A crackly voice came in through his headset: “A lone hiker will arrive in quadrant 3, section 5. The target has come equipped, so increase caution while retrieving.” He winced and pulled one side of the headphones away from his ear. The volume control was unpredictable at best and favored the louder side.

He glanced around the room to see everyone in the office either working on something or procrastinating and watching cute animal videos. A sigh left him as he reluctantly pulled up that quadrant’s software and put in the tracking information. He pulled out some mapping paper and a squid ink pen and started drafting some trails leading toward the collection point. Occasionally he would look over at the tracker and feel grateful for the psychics in the prediction department, and his gratitude increased each time the trails didn’t work and had to start over. Fortunately, the hiker’s arrival time was set as six hours from now, so he had a lot of time.

“Hey! Wilson! The design team needs the route in about — ” Wilson’s boss checked his watch– “45 minutes ago! Hurry it up!”

“Yes, sir. I’ll have it done soon.” Wilson rolled his eyes. He had given routes to design hours late and they had been able to finish filling in all the trees, leaves, plants, and even some insects with extra time left over.

“Good. But if even one of the leaves is missing a stem again, it’s you who’s getting fired!”

“Yes, sir,” he sighed. This was, he added a mark to a piece of paper on his desk, the 325th time his boss had threatened to fire him and Wilson had only had this job for 200 days so far. After the first few days, the fear that came with having his job threatened wore off fast.

Just as he had predicted, the design team was done making his route look realistic. There was still an hour and a half until arrival, so he went over to the break room.

He headed over to the counter and greeted the new hire, and a goblin, while his drink was being made. It was soon evident that goblins weren’t good for small talk. He didn’t notice the first poke on his shoulder. Or the second. Or the third. The wickedly sharp spikes not only caught his attention, but ripped his shirt as well. He rubbed his arm and glared at the forest nymph behind the counter as he grabbed his cup. The spiky tendril was still retreating under her sleeve.

The entire office was going absolutely nuts. This was probably the first time everyone could actually agree on something. The workers, or at least the ones that would face the consequences, always got a little nervous during an arrival, but this was a little extreme. Twenty people were pacing, another 10 were shouting orders, and the remaining few (like Wilson) didn’t care because they weren’t paid enough to.

The arrival had started out ideally, but went bad at record speeds. Apparently, the hiker had tried to set up a tent. This is generally advised against, but she did it anyway. Design team hadn’t extended the dirt downwards enough for her very long tent spikes, and she noticed. And then she started investigating, which was also generally advised against in correlation with a successful catch. The illusions may be top of the line, but they were still illusions. And the first rule of illusions is not to make the subject suspicious. Luckily for him, this human had the instincts of a long-extinct species.

It’s as if she actively seeks out danger, Wilson thought in awe. She had seen the fairy circle without anything in place to distract her from how unusual it looked. And then she moved her tent into the center of it and fell asleep. The room let out an audible sigh of relief and began the collection process.

And less than 10 minutes later, everyone was panicking again. The guards meant to take her to her cell and radioed in to report an out-of-control prisoner. Just before the broadcast ended, screams erupted from the speakers. Going off of the terror he was hearing, Wilson would have guessed an angry vampire coven, not an escaped human. It was at this point that he began feeling nervous.

Humans can do a lot of damage with camping supplies, Wilson reflected. But the worst part was the wooden mallet. He wasn’t sure what its purpose was, but one whack from it knocked him unconscious for 30 minutes. He woke up with a killer headache to find himself tied to his office chair and his drink stolen. Shame, he thought, I could really do with that calming potion right now.

Surprisingly and unluckily, Wilson was the first one in the office to wake up. He lifted his head off of the back of the chair and tried to get the kinks out of his neck. Out of the corner of his eye, he saw movement in the hallway outside. She was there, and he was pretty sure she had just seen him. In a futile attempt to save himself, he dropped his head back and tried to look unconscious. It was too late, she had already seen him.

The shock of understanding human speech made him forget about the translator wards set up around the building.

“I thought you spoke human!” He was amazed, he had never met a Fay-speaking human before.

“Human? I’m speaking English. Human isn’t a language! What else would I be speaking?” She seemed miffed that he hadn’t known the right name for her language.

“Translator wards? Is this a fantasy book?”

“Well the guards have pointy ears, you must have noticed those,” he reasoned.

“I thought that seemed like a strange dress code for an office,” she exclaimed. After a moment, her situation hit her again. She looked down at him, noticing how much smaller he was; around the size of a fifth grader. In this situation her height was an advantage.

She loomed over him and shadows darkened his terrified face.