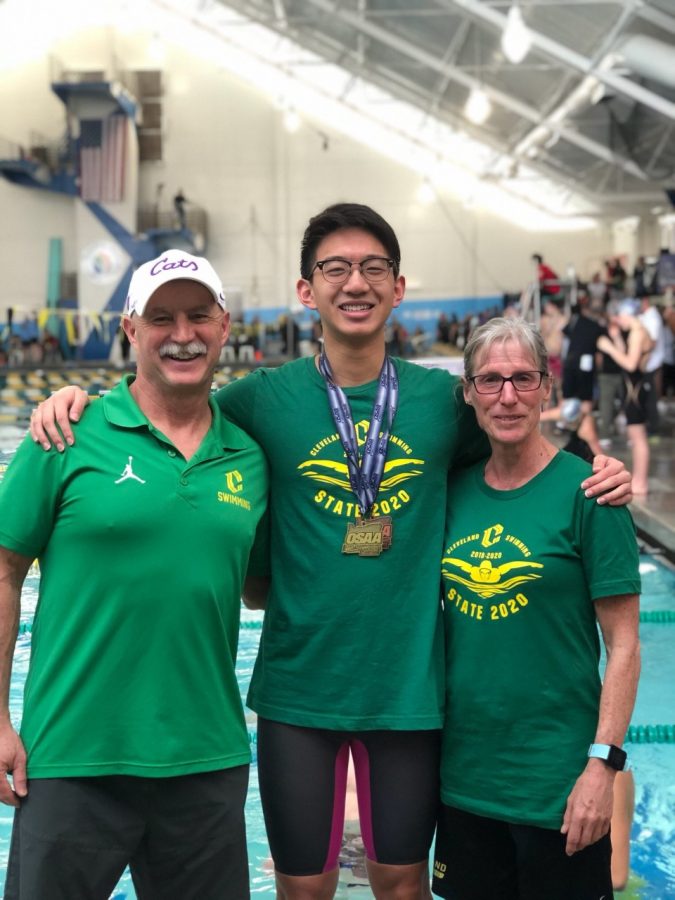 Soo’s 17 points helped the Warriors to a 13th place finish at the state meet. Jesuit won the meet in convincing fashion with 128 points, while Lakeridge scored 68 and West Linn 44 to round out the top three.

A week prior at the district meet, Soo claimed two wins at the PIL district championship meet, helping his team to a fourth place finish Feb. 15 at Dishman pool.

Lincoln claimed the boys’ district title with 254 points over Grant with 224 points (Cleveland, 160), while Grant claimed the girls’ title with 327 points over Lincoln with 309. Cleveland’s girls also placed fourth with 130 points.

Capping a highly-successful career at Cleveland, Soo had hoped to medal at state. He was seeded fourth in the 200 free and third in the 100 free. The top swimmer in each event was Jakob Folsom of Sherwood, who holds times of 1:40.78, and 46.66 in the events respectively. Soo rose to the challenge and captured a title.