Conor’s Complaints: Zooming in on these complaints 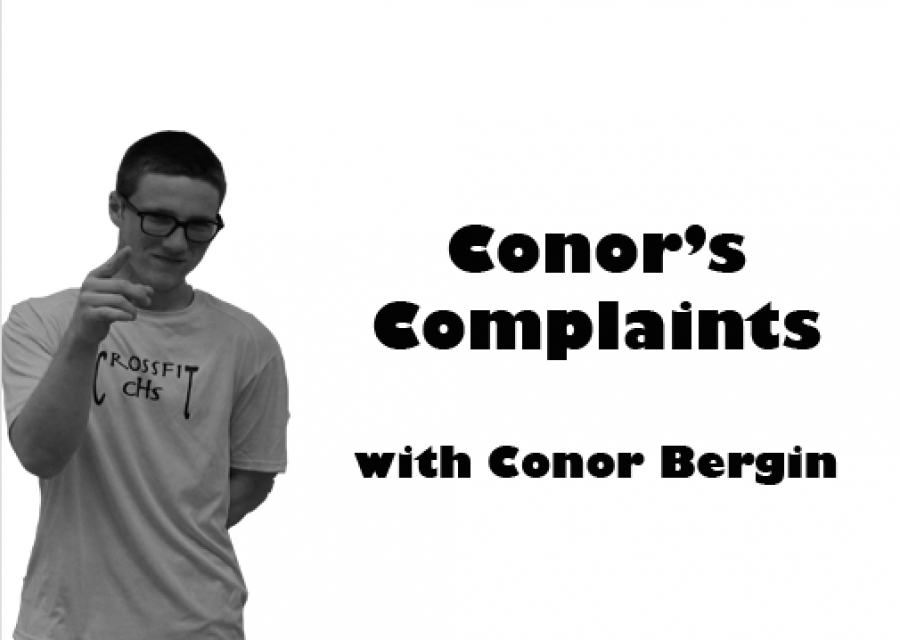 If you take a look at the first time I complained in my column about the ‘Lo Boys in the section “Just Say No to Ralph Lauren Polo,” I talked about the trend of Polo becoming a Cleveland epidemic. Honestly, I was being a little overdramatic. I said this to be funny. But as months have passed, I have come to realize everything I forewarned has come true. My section was much more of a prophecy than a commentary that Clarion issue; a prophecy has been fulfilled by knights who sport vibrant-colored Ralph as their shining armor and pink polo hats as their helmets. Just look around, and you will see what I’m talking about. I mean, did every underclassmen see what these guys were wearing and beg their mom for a shopping spree of all things Ralph, or saved their allowance for weeks? None of you wannabes had this stuff, like, three months ago, so don’t try to pretend like you aren’t trying to copy the senior boys you depict as high school gods. That one Ralph polo you kept buried in your closet until Mother’s Day brunch does not count as “wearing Ralph before it was cool.” Now I see why Mr. Cook is leaving; he saw what every freshman dude’s wardrobe was, and did not want to stick around to see how obnoxious they turned out to be as seniors. But if you look deep into the central root of the Ralph epidemic, you will not find the senior boys of Cleveland High; rather you will find it was the trend-setting abilities of lyrical wordsmith and fish-sticks fanatic Kanye West who first claimed, “It ain’t Ralph doe!” Only Kanye and Jay-Z can call the paparazzi on themselves when they look like Ralph. Last time I checked, nobody in Southeast Portland is Jay or Ye. Bang bang.

A trend that has been passing through my friends’ group recently (no, not Ralph Lauren) is a practice that has become known as “Zoom Wars.” If you are not familiar with the term, Zoom Wars is a form of shenanigan-filled tomfoolery carried out with Snapchat. It is when a snapper will zoom in as close as they can with their camera and take an embarrassing photo of a poor victim’s face. When you are in a big group of people, one zoom shot taken can spark a massive shootout where no one is safe in the crossfire, thus it becomes a Zoom War. The worst part is, nobody wins in the war. I don’t know if you have tried zooming the camera in on someone’s face, but it could make the Cleveland Class of 2015 Best Smile winners Danny Carr and Eli Sullivan look ugly. Zooms magnify all the shortcomings of your face and create fake shortcomings due to the distorted image. Also, the best zoomers capture your face in the worst expressions: like when your mouth is gaped in mid-laugh and one eye is half-open while the other is not. Sophomore Sam Brodt, the American Sniper of Zoom Wars, has taken the combat to a next level by plastering his victims’ faces on an Instagram account almost solely made up of zoom shots (I’ve been featured twice). Please stop the zooms. #Nooneissafe.

Hey, high school basketball ref who called a technical foul on the Cleveland pep band during the boys’ basketball home game against Lincoln on Feb. 24, to heck with you. In a pivotal moment late in the fourth quarter, with Cleveland clinging to a small lead, a Cardinal player was at the line shooting two free throws. After he made the first, he missed the second, but was awarded a third chance because the ref pointed out that the Cleveland band was playing during the attempt. The Cardinal player made the next free throw, and the point ended up being the difference in the game, as Cleveland fell 52-53. My beef is not with you, Cleveland band; I think you guys are great, and I love it when you come support at basketball games. My beef is with this ref. I know there is an OSAA rule against school bands playing while the opposing team has the ball, but they were playing when the Lincoln player shot the first free throw. You couldn’t have warned them after that attempt–which the player made–so we could let the players on the court decide the outcome of the game? Students in the stands with tubas who don’t even want to be there should not become a factor in the game. I mean, seriously? Unknown ref, you handled that situation in the worst way possible. Go return that ref uniform you stole from your cousin who works at Foot Locker.