“Everything Is Gonna Be All Right”: Cleveland Staff Releases Heartwarming Video 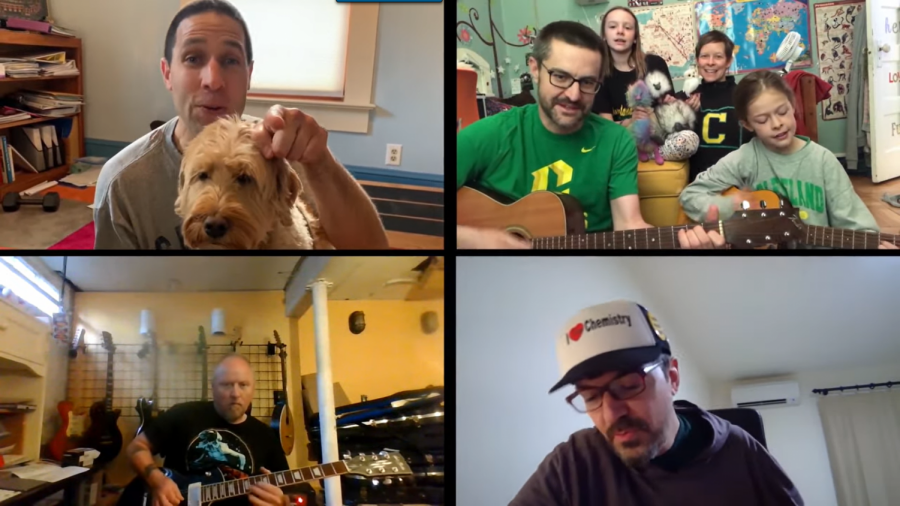 In these hard times, anxiety-ridden and filled with uncertainty, the staff at Cleveland High School wanted to spread love and hope to their community and let everyone know: everything is gonna be all right.

Led and organized by Vanessa Hughes, the English and Digital Media teacher, the staff put together a feel-good video in which many faculty members shared a sweet message, then they all sang a patched together version of Bob Marley’s “Three Little Birds.”

It all started when Cleveland counselor Amanda Weber-Welch asked Hughes if she could “put together a video “shout out” to [the] students from the staff.” After a walk in the park later that day, ending in an impromptu out-loud rendition of the Bob Marley classic, Hughes decided to put together the video, with the staff singing the song. She sent out an announcement via email to the staff, asking them to send in videos of them and their families singing the song.

“The final video only shows a small clip of each person, but I got to watch the whole thing,” Hughes said. “I am continuously humbled by the love and compassion of the CHS staff.”

“It’s important to also mention that we really considered how the message of the song… might be misconstrued,” Hughes said. When putting it together, she and Neil Gibson, a Cleveland counselor, were worried that the video might come off as “trivialising or glossing over” some of the struggles the community is facing regarding the COVID-19 pandemic. “We most definitely did not want our messages and song to overlook the realities of trauma that we are also experiencing,” Hughes said.

The video was well received by the community and had an outpouring of support and positive feedback. The video was uploaded to YouTube and has already racked up 2,166 views in a little over a month. The video’s comment section is filled with positive reactions.

“It’s gratifying to know that the video and the intention of our message was well received and may have helped people feel some joy, some connection. Who doesn’t like to spread happiness?” Hughes said.