The Beginning of the End of Portland Smokepocalypse 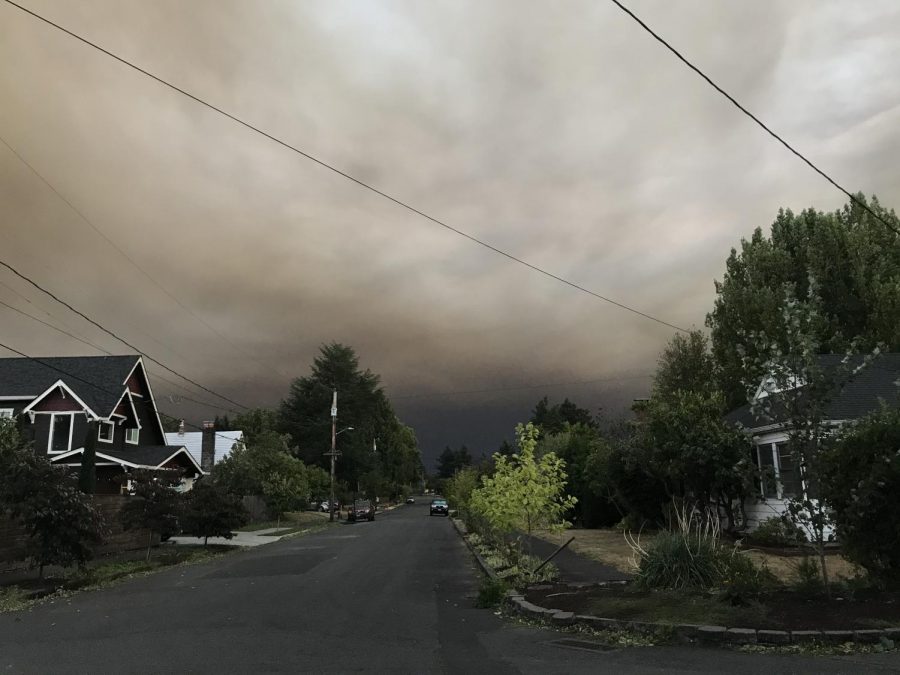 The evening of September seventeenth a lightning storm woke Portlanders across the city with characteristic bright flashes and resounding thunder, and the rain that came with it answered prayers from people across the nation. Over thirty wildfires have been active in Oregon since early September, burning over a million acres of land as of today, according to the State of Oregon.

There are currently eleven active fires still burning, but the rain helped firefighters and volunteer firefighters across the West coast in their battles to combat and contain the flames. In response to the record breaking blazes, local officials mandated 10% of the states residents to evacuate, or to be on call to do so. Many Oregon residents have taken in evacuated family members despite the pandemic which is raging across the country.

The rain that washed over the state on the seventeenth and eighteenth gave firefighters the aid they desperately needed. The rain did something else too – it cleansed the air of smoke which had kept Portlanders trapped indoors over the past week. On the night of the eighteenth, neighbors could be seen gathering in the streets in the Woodstock area to chat and get some fresh air.

One lively bunch could be spotted taking cherry tomatoes from their garden and throwing them up in the air to attempt to catch them in their mouths on the way down. This seemed to be a jubilant celebration of the much needed human interaction and the beginnings of the fall season, hinted at in the shifting colors of deciduous trees across the city.

Portlanders could be spotted on walks, going on runs, and taking their dogs out for some much needed exercise after the extended period of hazardous air quality. Locals wrapped around the Trader Joes on Cesar Chavez Boulevard, and people were chatting in line while they waited to get in the store.

This morning, air quality had improved within the Portland area to “Good,” and Portlanders are switching back to the normal which they have constructed during pandemic times.

If you want to keep tabs on the air quality in your area, visit airnow.gov.