Kpop Is Becoming A Global Sensation, So Why All The Negativity? 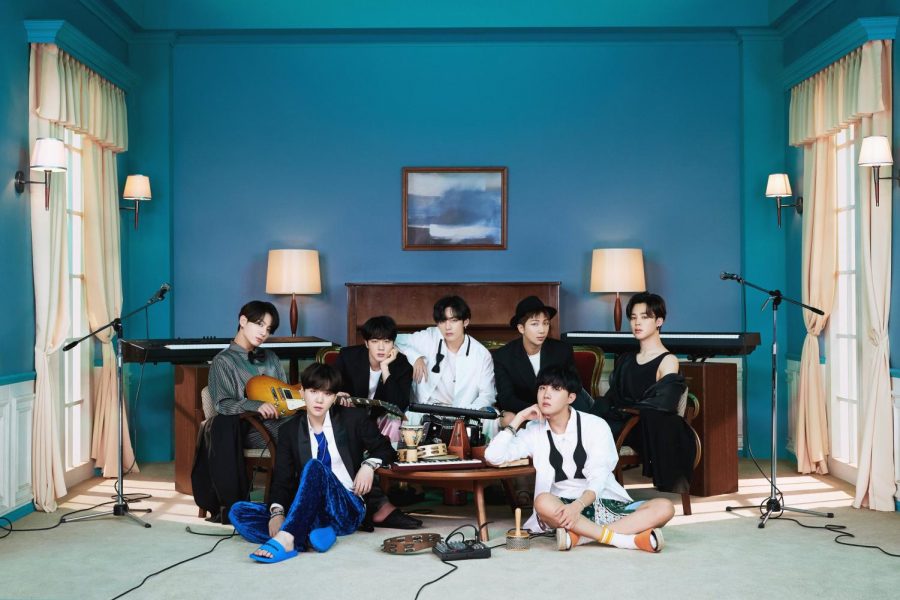 BTS released the first concept photo for their upcoming album, BE. The album is set to come out on November 20, 2020. Photo by BigHit Entertainment

Music has been a way for people to connect for generations. It allows artists to express themselves and share a message, and it allows listeners to find people who share similar interests and enjoy an art form. Music can be an amazing tool to help with mental health. In the end, music is something almost everyone can relate to and enjoy. My question is this: Why is there so much negativity around certain kinds?

When it comes to music like Kpop, there is a lot of negative stigma around it, especially in the United States. Everyone has different tastes in music. There are genres and artists people love, and things they would never listen to. It’s the same with pretty much everything in life, food, clothing, even preferences of day or night. Music, with its ability to connect people, should be one of those things where everyone has different opinions. These opinions should all be respected. And yet, they’re not.

Kpop has been a growing industry within the past few years, especially with the rise of artists like BTS, BLACKPINK, and Stray Kids, the former of which has recently celebrated their third week at No. 1 on Billboard Hot 100 with their song Dynamite. BTS is the first Asian group to have achieved this since the 1960s and the first all South Korean group to have ever reached No. 1. With the release of their remix of Savage Love, they became one of the few groups in history to have a song at No. 1 and No. 2 on the Hot 100 simultaneously.

BTS has also donated one million dollars to Black Lives Matter, a donation that was matched by their fanbase, ARMY, within 24 hours. In addition, several of their albums are centered around learning to love yourself. ARMY was also a large part of claiming seats at a Trump rally which never got filled, making the President and his administration vastly overestimate the number of people attending and the money required to promote it. Kpop fans from every group have been spamming the Twitter hashtag #whitelivesmatter with “fancams” (videos of different groups performing) to make it nearly impossible for white supremacists to communicate. Overall, they try to spread positivity with their music and their actions. However, the attitude of most people towards Korean groups is overwhelmingly negative.

Antis, as they’re called by Kpop fans, are people who are against music and groups or artists who put out Kpop music. While there are antis who are a part of the Kpop fanbase and spread hate to other groups, the name also refers to people who just spread hate in general. And yet, most people who are against Kpop have never listened to any of the music put out by those artists. So the question remains, why is there this stigma around a type of music most people have never listened to?

Group members and fans alike have also wondered, why is an English speaker listening to Korean music any different from a Korean speaker listening to English music? Or anyone listening to music in a language they don’t know? Why should the language of the music make it so you can’t enjoy it? In my experience, I haven’t felt any negativity listening to music from other cultures and in other languages except when I started listening to Kpop. I noticed so much judgment towards Kpop that I didn’t want to bring it up around friends because of the judgment I knew I would face. And I’m not the only person to have experienced this stigma around Korean music. In the end, that’s just what it is, music. A tool for many different people to express themselves, connect, and learn.

For Korean music, in particular, there is typically even more content for fans to enjoy. From tv-shows to books to clothing, there is an endless variety of entertainment. BTS has put out an online show and, more recently, a book collection dedicated to teaching their fans Korean. Stray Kids, BTS, and BLACKPINK, like most Kpop groups, have their own variety shows. Because of this content, and much more, fans and artists can connect more than they would be able to in American music. They can also feel more like a family. Many Kpop fans have made close friends and tried things they never would have before. They get to meet people from all over the world, just from joining a fanbase.

A large part of performing Kpop is the choreography that goes along with different songs. Soloists and groups alike practice for weeks or months to make sure their performance will be as flawless as possible in every aspect. When it comes to the music itself, artists will try to experiment as much as they can, pushing the limits of what they can do and what they know fans will enjoy. Artists give it their all to make sure their art is unique and enjoyable for everyone, even if they can’t understand the language.

Kpop is the same as any other kind of music. Performers take years to learn and work hard to be able to be where they are. You don’t have to suddenly love the music, but you should respect the people who do and the artists who dedicate their lives to it. No one is going to make you feel bad for not liking it, so why do you get to make others feel bad because they do? In the end, it’s an art form. Everyone has musical preferences, and everyone is entitled to have their own. The stigma surrounding not only Kpop but music from most Asain countries begs the question: is the judgment because of the music or the culture? Before you judge the music, reflect. Question whether you are judging the music or the culture, and if you know enough about the music to pass judgment at all.