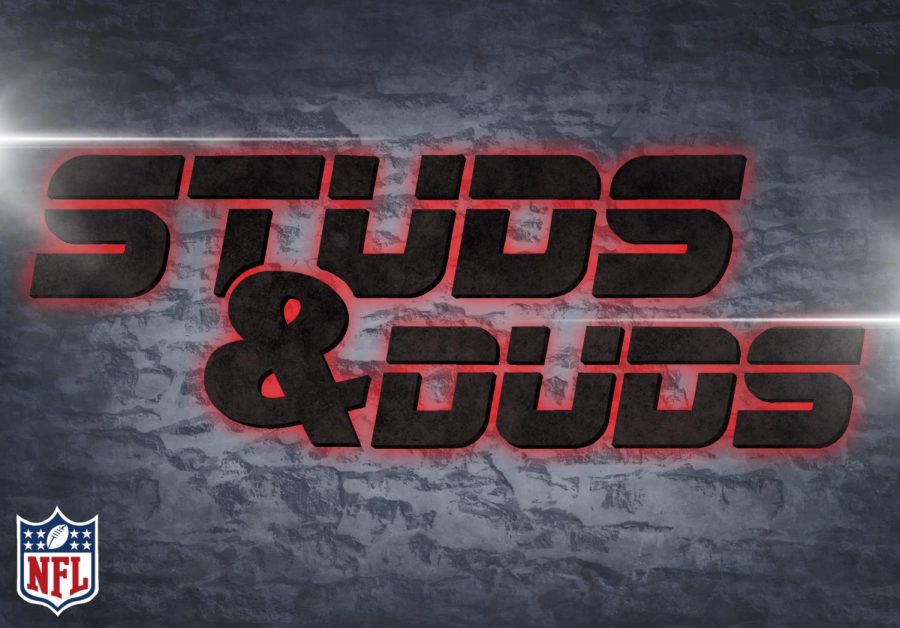 This was the seventh week of the NFL’s 2020 season. We’re here to bring you the highs and lows from all the action. Who was a standout in their match-up on Sunday, and who fell short? This is Studs and Duds.

Studs: Justin Herbert (QB) LAC
Local native and former University of Oregon QB Justin Herbert was one of this week’s brightest stars. Getting his fifth start as a rookie, Herbert lit up the opposing Jaguars defense with an impressive 39 – 29 showing. Herbert maintained his outstanding rookie year with nearly 350 yards in the air against a formidable Jacksonville passrush. Spreading the wealth around to three different receivers, Herbert ended the night with three passing touchdowns, including a 70-yard rocket to Jalen Guyton late in the third quarter that sealed the victory. The young QB also added to the stat sheet with a rushing touchdown from seven yards out to kick things off in the first quarter. Herbert now remains the only NFL QB since 1970 to maintain a passer rating of over 100, with 1500 yards in the air over his first five starts. For fantasy managers out there, Herbert’s big night also meant nearly 39 points in standard PPR leagues, which he’ll look to build on next week against another challenging defensive unit in Denver.

Studs: Tyler Lockett (WR) SEA
Star wide-out Tyler Lockett had his best showing of the season on Sunday night, with arguably one of the more impressive performances by any player this year. As the #1 Wide-out for the Seahawks, Lockett was targeted heavily in this week’s divisional matchup with Arizona, catching 15 of 20 targets, and exploding for a whopping 200 total yards receiving. The highlight of his night was a nearly 50-yard heave from QB Russell Wilson, which Lockett hauled in on the first play of the game to give Seattle the immediate advantage. Lockett scored an astounding three touchdowns for Seattle, and was a major factor in keeping them in the game. Although his team did fall to 5-1 in the overtime loss to the Cardinals, Lockett’s stellar performance stood out as a highlight for the Seahawks. For fantasy managers out there, he raked in almost 54 total points in PPR leagues. (the most by any player this week, and the most by a receiver all year.) Lockett and the ‘Hawks will look to bounce back from this uncharacteristic loss with another divisional matchup in San Francisco.

Duds: Cam Newton (QB) NE
After having one of the most prolific rookie campaigns in history, with records in passing and rushing yards, Cam Newton’s production has dropped significantly in recent years. When he was picked up by the Patriots ahead of the 2020 season, we all expected big things from Newton. But so far Cam Newton has only been making headlines as the underwhelming centerpiece to this underwhelming 2020 New England offense. This past week was by far his worst outing of the year, as Newton totaled an abysmal nine completions on 15 attempts, for less than 100 yards on Sunday. His worst stat however, were the three interceptions and no touchdowns. Against an injury-riddled 49ers secondary, that is pretty horrendous. In all fairness, Newton doesn’t have the same offensive weapons like many of the other high caliber quarterbacks this year. But even he knows continuing these poor performances puts his job in serious jeopardy. “I said to myself coming home, I said,’You keep playing games like that, bro, and it’s going to be a permanent change,’” Newton said Monday. For Fantasy managers, Newton’s -0.18 points in PPR leagues is unacceptable. With another grueling matchup against a stout Bills defense looming again this week, I would consider dropping him.

Duds: Ezekiel Elliot (RB) DAL
Ezekiel Elliot is normally one of the most consistently high performing backs in the league, who can always be counted on to pound it into the end zone a couple times per game. As Dallas continues to struggle with injuries and roster changes, Elliot was expected to carry the brunt of the workload heading into Sunday’s matchup. Unfortunately this past week his performance against Washington stuck out as the worst of his career, with a paltry 45 total rushing yards on 12 attempts, and zero touchdowns. This year in general has been fairly underwhelming for Elliot, as he has yet to eclipse 100 yards rushing in a single matchup. Not only that, but he’s been plagued with fumbles, and his season total is now up to a worrying five through seven games. Granted, it doesn’t help that he’s the only healthy piece on an otherwise injury-riddled offense, but Elliot needs to step up as a veteran, and lead the Cowboys offense on a turn-around. For fantasy managers, Elliot is still a must-start in my book. Although he only netted 6.1 points in PPR leagues this past week, the sheer volume of snaps, and overall playing time that he receives on the Dallas offense can’t be ignored. Elliot will look to right the ship next week against a respectable run defense in Philly.