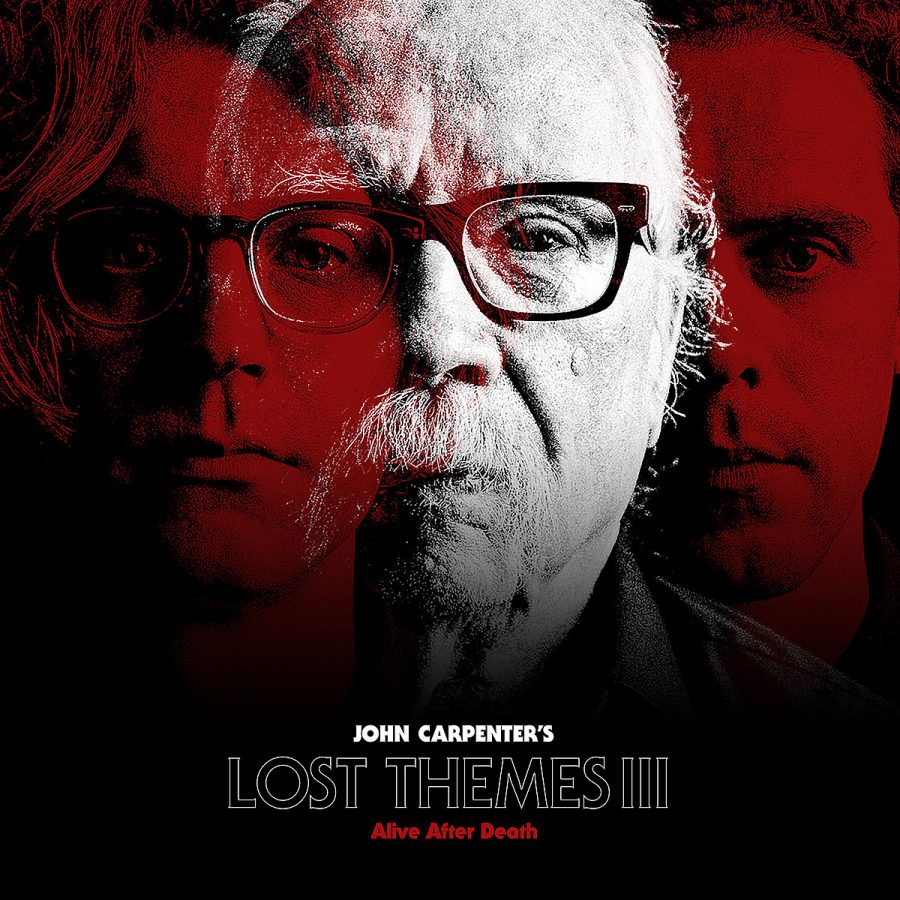 I am probably the last person who should criticize music. I know basically nothing about how to make it and I typically like to stick to my favorite genres and artists, rarely taking the chance to listen to anything new. That being said, I believe I have good authority to look at the musical work of artist and director John Carpenter. I was introduced to Carpenter’s work at a young age, first getting to experience his filmography which includes 1978’s Halloween and 1986’s Big Trouble in Little China. Not only did I fall in love with his unique and creative films but also his synth-filled scores that he composed for almost all his movies. Though synth music isn’t a rare genre to come across, Carpenter infuses his beats and melodies with a personality that can only be attributed to him. Since discovering him, I have become a superfan of his work, even going to see him in concert in 2016. Since retiring from filmmaking, Carpenter has focused almost completely on original music, brought together in his Lost Themes albums. I, like most of his admirers, have enjoyed these collections and was excited to hear about the release of his third installment in this musical series aptly titled Lost Themes III: Alive After Death. After a three month wait, the album has arrived and even though it may not be his best work, it’s still undeniably John Carpenter.

Lost Themes and Lost Themes II both carried that classic Carpenter flavor of mixing in a more modern sound, which made for songs that were still recognizable as being part of the Carpenter catalog while being distinct from his scores. Though I think that description can still be used with Lost Themes 3, the music displayed here feels like it could easily meld into a lot of today’s synth pieces. That’s not to say that it isn’t fresh and different, just that it sounds far closer to modern synth music than Carpenter’s older pieces. I was also surprised and a little bit disappointed by how relaxed and mellow the whole album was. Carpenter has composed plenty of mellow tracks in the past, but quite a few of the songs on Lost Themes III lack the rousing energy that pieces like  “Pork Chop Express” from the Big Trouble in Little China score have. There are a few pieces that have the high octane spirit I was searching for (all of which are probably my favorite tracks of the album), but compared to Lost Themes and Lost Themes II, Lost Themes III is a far calmer collection of music.

Despite how it may seem, I still really enjoyed this album. It’s still synth music composed by one of the masters of horror, so I can’t help but be a fan. One of my favorite songs from the album is “Weeping Ghost,” a track full of anticipation that conjures images of dark clouds emerging from the horizon. I can’t help but imagine it over the opening credits of an ‘80s horror film, its droning beats indicating a looming evil approaching. Another highlight is the piece “Cemetery,” which slowly comes to life like how the undead would in the titular location. As the music rises in tension, you begin to feel it close in around you as you lose any chance to escape, instead being forced to face the ghoulish creatures surrounding your area. It would be wrong of me not to mention the song “The Dead Walk,” whose intentions feel grander than any other track on the album. Like with the other two pieces I’ve mentioned, “The Dead Walk” feels like watching an insidious entity consume the world in a horrifying, if not spectacular, fashion. I also believe that “Vampire’s Touch” is worth looking at, playing quietly until reaching what is one of the coolest sounding beat drops I have ever heard. Like with the previous two albums, Lost Themes III thrives at creating stories within the mind, especially those of the horror genre.

Lost Themes III: Alive After Death is not perfect as is probably my least favorite album in the Lost Themes series, but it’s still John Carpenter, and to put it simply, John Carpenter is great. If you’ve seen any recent interviews with Carpenter, you will know that he kind of doesn’t care about his work anymore. That doesn’t mean he isn’t passionate about it and doesn’t love it but more so that he will let anything happen to it if he gets a paycheck at the end. That’s why in the last decade there have been so many remakes and reboots of his older films including The Thing (2011) and Halloween (2018). I honestly respect him for choosing to do this as he’s now just an old guy enjoying life and cashing in on his profits, but it shows that when he decides to create something new, he actually cares. I really do like this album and I think it’s another great example of what an amazing artist John Carpenter is. If you’re a synth fan, I suggest you check out Lost Themes III: Alive After Death along with the rest of Carpenter’s work, and if you’re a Carpenter fan…well if you’re a Carpenter fan, you’ve already listened to the album more than once.