How Teens Join The Alt-Right 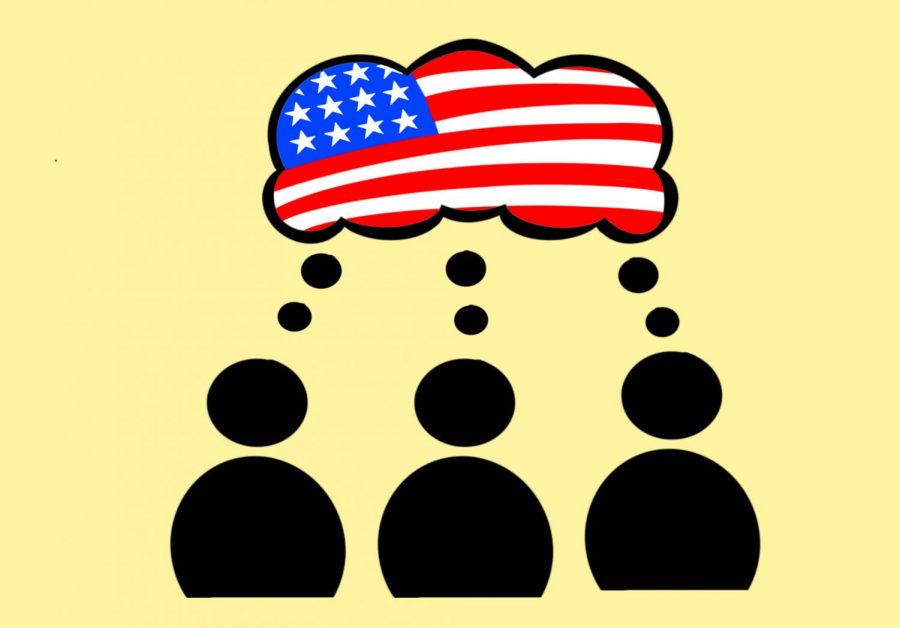 On Jan. 4, 2021, founder of Turning Point USA Charlie Kirk said in a now deleted tweet pertaining to the infamous Capitol riots, “This historical event will likely be one of the largest and most consequential in American history. The team at @TrumpStudents & Turning Point Action are honored to help make this happen, sending 80+ buses full of patriots to DC to fight for this president.” One of the men Kirk chauffeured to the event was charged for throwing a fire extinguisher at capitol police officers. Kirk has since condemned and denounced the actions of the Trump supporters at the Capitol, but the damage had already been done. In fact, Charlie Kirk has been doing damage for years.

Turning Point USA is one of many online conservative think tanks. The main goal of these organizations is to propagate often conservative ideas in an attempt to mobilize young Republican voters, and also to turn a profit. Among these entities there stand a few that are more prominent than others.

PragerU, or Prager University, is an online conservative media outlet that advertises itself as an alternative to traditional “leftist” education. As with the vast majority of these think tanks, the primary audience is young adults. Much of their content is innocent enough, but with a clear political motive. “Why Girls Become Boys,” “Who Has Privilege?” and “Capitalism Wins,” are among the many different five-minute videos that PragerU advertises to teens. Those titles alone don’t scream “conservative indoctrination,” but once their contents are examined further, their true intentions become apparent. In the case of “Why Girls Become Boys,” the title is never addressed. In fact, the vast majority of the video discusses the supposed  harms of gender confirmation surgery, while presenting various misleading facts, and subliminally touting ideas of transphobia and bigotry under the guise of scientific inquiry and analysis.

What’s more, many of their videos are either opinion pieces presented as fact, or just flat-out wrong. For example, in their video titled “What Is Critical Race Theory?” PragerU boils down a decades-old, complicated social concept regarding racial power imbalances into a white-victimization piece, claiming that Critical Race Theory is the mainstream media propagating an “un-American” and “dangerous” ideology of anti-whiteness. The entire video is full of seemingly authoritative claims that, when examined further, aren’t correct at all. This distinction is important, because this is the case with the vast majority of these videos. And, they’re all pitched as “educational” content, when, in fact, they are merely vessels of disinformation and indoctrination.

PragerU is perhaps the most popular conservative think tank on the internet, but there is a vast number to choose from. The aforementioned conservative youth group Turning Point USA often visits college campuses to attempt to redress a supposed censorship of right-leaning ideas. These college visits usually end with Charlie Kirk or his subordinates doing something entirely humiliating to themselves in favor of an inconsequential point about owning the libs. Like the time a member of the Kent State University chapter of TPUSA wore a diaper in protest of “safe spaces” on college campuses.

Regardless of the ridiculous performative actions taken by these groups, we should still take them very seriously. More than anything, these organizations act as a pipeline to alt-right, extremist ideas. YouTube in particular allows what is referred to as “alt-lite” content on their website: videos that promote watered down, introductory versions of the alt-right ideology. An example of this alt-lite content is the ever-prominent anti-feminist movement. Typically, these videos bear the title of “BEN SHAPIRO OWNS SOCIAL JUSTICE WARRIOR!” and feature right-wing figures “debating” college students on the topic of prevalent feminist ideas like intersectionality, white privilege, etc.

These videos lead to a burgeoning of other right-wing content, such as PragerU, on the user’s YouTube feed, as provided by the algorithm (which is debated as being partially responsible for the increased rates of radicalization amongst youth). This then naturally leads viewers to sites like 4chan, where ideologies begin to become blatantly extremist. 4chan’s politics forum hosts some of today’s most flagrantly racist, xenophobic, and anti-Semitic online discussions. Another hot topic amongst users of 4chan is the internet conspiracy QAnon, a right-wing conspiracy theory that claims an unnamed agent has infiltrated the highest rankings of our government (alongside) to take down the evil Democrat-pedophile-Satanist cult that secretly runs the world. For many, this is the end of the pipeline. But it begins with think tanks. That is the real harm of these groups. They are an introduction to something so much larger than themselves. They promote an ideology that, in recent years, has led to a rise in violent extremism, inceldom, and bigotry. There exist shockingly few internet think tanks on the left, and that needs to change. The falsehoods continually pushed by these right-wing propaganda machines must be counteracted. The Gravel Institute is an organization that operates as the antithesis of PragerU. They promote left-wing ideas using data and science, and are a great medium of deradicalization. We must be wary of the information we consume online, and where that information is leading us.