Faces on the field: April issue 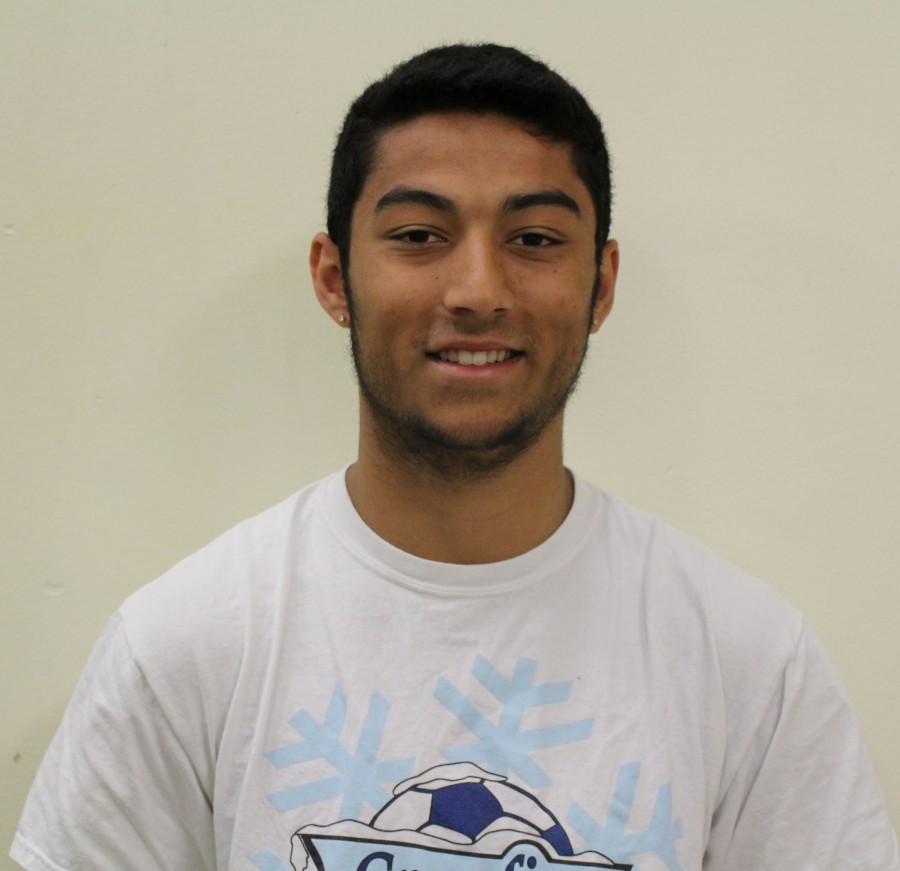 Jacob Alberts, junior, is a newcomer to the boys tennis team this season after transferring schools halfway through the year. Competing in doubles for the team, he has already shown a strong commitment to the sport with their early season victories over Forest Grove and Madison. With the team’s achievements last season in 5A, they are really hoping that the switch to 6A doesn’t affect them. “It’s exciting playing for Cleveland and seeing people I know from other schools. I’m trying to work on my forehand a lot. I wish it didn’t rain so much in Portland so that we could play tennis more. Yay tennis!” Alberts said, regarding what he’s looking forward to this season.

Junior Madison Morrow comes into this season as the girls tennis team’s number one singles player. Morrow already got off to a rollicking start when she swept Benson’s number one in straight sets 6-0, with 6-0 in her season-opener April 2. This is Morrow’s 14th year playing tennis, and third year on the Cleveland varsity team. She will look to use her experience to help the team against the new opponents added to the conference this year– Grant and Lincoln–a focal point for her. “That’s gonna be a lot harder…I just want to do well against them,” said Morrow.

Senior Callie Hollingshed is entering her second year on the golf team. Her grandpa used to golf, and he passed on the love of the sport to her family’s generation. Her favorite part of golfing is “the feeling you get when you connect with the ball and it goes, like, 100 yards.”  She is looking forward to seeing if the team can make it to state “because we, as individuals, all have our strengths but we have to use them all together to get to state.” Her biggest personal challenge is “getting the ball in the air, because I tend to overthink and I don’t hit the ball very well.”

Senior Milan Mena is the co-captain of the boys golf team this season, and looks to lead the team to a good finish this year. It is his second year of playing golf. Says Mena: “Scott [Brant, co-captain of the golf team as well] actually had taken me out years ago, and I liked it. Then, I played lacrosse freshman and sophomore year, but then I wasn’t really having fun…I figured out golf was a spring sport as well, so I joined the team.” Mena physically prepares for a match by going out on the range to warm up with each club, then hits some chip shots and putts before he tees off. He believes that Grant and Lincoln will be the biggest rivals, come the regular season, and it is hoped that he and the rest of the golf team will be prepared.

When asked how he would describe his game, three-year varsity starter and captain of the boys lacrosse team, Alex Della Corte, answered, “Slippery and flow.” The senior rustled his hair and continued, “For flow, it’s because my luscious hair. Slippery, it can mean a lot of things, but relating to lacrosse, I can thread those needles, Baby!” Della Corte is the team’s returning leading scorer with 63 goals over his career, and has already committed to the University of Oregon lacrosse team. This year’s squad will need some of that “slippery and flow” if the team looks to improve upon their 4-13 record from last season.

Emily Swinth, a freshman on varsity girls lacrosse, is a starting defender for the Cleveland Warriors. This is Swinth’s first year playing on the team, but has made noticeable improvements in her short time of play. “This season has been a great learning experience,” said Swinth. “The team has been really supportive.” Considering this is her first time playing lacrosse, Swinth has impressive stats for her first four games. She has caused two turnovers and has four ground balls. Swinth said she was originally a softball player, but then made the switch to lacrosse this year. Playing basketball also benefits her lacrosse skills, especially on the defensive side. Swinth said the best highlight so far was beating Central Catholic. As the season continues, she is “excited to get to know [her] teammates better and have a great time on the field.”

Alexis Geisler, a junior, is playing varsity softball for her third season. She is one of the three pitchers in the rotation. She says the team has been facing the challenge of losing “all our seniors.” She characterized this season as “rebuilding,” due to the fact that the team has been finding its footing this year, going just 1-8 in their first nine games this season. For Geisler, the most memorable moment of the young season has been “when [they] won [their] first game.”  That win came from a high scoring 19-11 win over North Salem. Geisler and the rest of the team can take solace that the season is still young and there is a lot more softball to be played.

Senior Claire Diller left her mark in the record books at the PIL Relays on April 1, setting a new school record for girls javelin. Diller threw 117 feet 4 inches, breaking her best mark from last year by more than six feet. The throw bested the previous school record, set last year by then-senior Lisa Huang, by one foot 11 inches, and is more than 15 feet farther than any other PIL girl has thrown this year. Diller also pole vaults, clearing seven feet at the PIL Relays. “It was awesome,” said Diller, who credited crossfit with improving her strength and making the record breaking performance possible.

Sophomore Linus Clark won the long and triple jumps at a dual meet at Franklin on March 18.  He took the triple jump in a personal best of 43 feet, 6 inches. Clark’s jump ranks him twentieth in the nation among sophomores this season, an impressive position by any measure. Clark also won the triple jump at the PIL Relays April 1, and placed third that day in the long jump behind defending State Champion, Harrison Schrage of Grant HS. Clark’s season looks bright, and he is mere inches away from setting a new school record in the triple jump. “I want the school record in triple this year,” said Clark, who hopes to qualify for state in both events.