Accessibility at Cleveland makes gains since 2012 bond, but more improvements are needed.

By Kira Chan and Lainie Pennington

“When I think about accessibility I also think about independence; can a person open a door by themselves?” said Bren Trask, a special education teacher at Cleveland. “If they can’t, then it’s not accessible. It’s just that simple.”

However, when it comes to providing accessible services for people with disabilities, it’s less simple.

Buildings in the Portland Public Schools district are an average of 77 years old, with many schools built closer to 100 years ago, creating myriad problems with health, safety, and accessibility. “All these things that were really good ideas at the time don’t fit into our modern view of inclusiveness and safety,” said David Mayne, PPS Bond communications manager. “Now, we’re playing catch up with that.”

In 2012, Portland Public Schools (PPS) passed a $482 million construction bond to improve school buildings over an eight year time period. The bond encompasses everything from roof repairs and seismic safety to total remodeling of several schools in the district. Another large aspect of the bond is the promise to improve accessibility in the schools for disabled members of the community. The district promoted the updates on their website, writing, “Improved accessibility to schools and classrooms for students, teachers, and visitors with disabilities is a priority in the 8-year school building improvement bond that Portland voters approved in 2012.” Cleveland was subject to a new roof as a seismic upgrade, as well as multiple accessibility improvements such as handrails, ramps, and new door handles.

“The criteria was generally based on greatest need and also a lot of focus was placed on typically underserved communities,” said David Mayne. “For instance one of our first elevator projects was done in North Portland at James John [Elementary School].”

Under the American Disabilities Act (ADA), written into law in 1990, public schools fall into Title II as public entities, which states that it “prohibits discrimination against qualified individuals with disabilities in all programs, activities, and services of public entities.” This means that schools are required to provide accessible programs. However, schools may not be expected to comply if it causes undue financial burden. Portland Public Schools budgeted more than $9 million for accessibility improvements, $400,000 of it going to upgrades at Cleveland. In addition, schools receiving modernizations (Grant, Franklin, Roosevelt, and Faubion in northeast Portland) are now fully compliant with ADA standards. Currently Cleveland meets some of the ADA standards, but fails to meet all of them.

Many believe that more could be done in terms of making the buildings available to all members of the community. “The district, as are many districts, is very far behind,” said Jan Watt, special projects coordinator. “People have been unjustly denied access for years.”

Where We Are Now?

Current issues concerning the ease of accessibility for guests, students, and staff

It may not be easy to see, but people in the Cleveland community face several obstacles in accessing the school building. At Cleveland, people can enter the school through various entrances on all sides of the school, and navigate the building in a short amount of time. But for those with disabilities who, for any reason, can’t access the stairs, the path is less clear.

Visitors, teachers, and students can access the five designated disabled parking spaces in the staff parking lot across the street from the school. These spaces were added this year during the construction, but Jeff Zerba, health teacher and wrestling coach, needed accessible parking many years prior. Zerba has taught and coached at Cleveland for 27 years and has been in a wheelchair since a wrestling accident in high school. He also uses a parking spot towards the back of the building in order to get to his classroom in the most efficient way. “I still fight it a little bit,” he said. “If there’s somebody who doesn’t know that that’s my parking spot, people will park in there. Supply trucks or electricians or whatever, will block the entrance into those wheelchair spots by just parking in that little area between the gym and the school.”

After parking, if visitors are unable to use the stairs to the building’s main entrance, they must follow the sign to go around to the back of the school. “There is no [accessible] front entrance, and I don’t even know if there’s a sign that tells you where accessible entrances are or not,” said Zerba. “If you were a parent, or a substitute teacher, or somebody like that, it would be difficult.” There is a single sign on the North side of the front of the building. Even if a school is more accessible, it can be hard to know how to access it.

Improvements from the 2012 bond:

Improvements from past bonds:

Once inside the building, people can use the elevator to move throughout the building. Sophomore Eli Karn uses the elevator, which was installed 16 years ago, to get around in the school with his walker, but says he wishes more could be done. “If we get more money we need another elevator,” said Karn. “We may have another elevator, but it is in the boiler room, and that is a really inconvenient place for me and other handicapped people.”

It was also inconvenient for Zerba, who taught at Cleveland for several years before the main elevator was installed. He had to use the elevator in the boiler room, which took him up to a room in the library. In order to access this elevator, he needed a custodian to use their key to open it. “The district was that way in general, there just was hardly any elevators or anything,” said Zerba. “When I subbed, in my first couple years, it would be really limiting on some jobs because a lot of places weren’t accessible.”

The gym also poses several accessibility challenges. As the wrestling coach, Zerba needs access to the gym and weight room. For the first several years of his career at Cleveland, his wrestlers had to carry him up and down the stairs into the weight room and locker room as well as the practice room in the portables. With the renovation of the new weight room, he requested a stair lift, but the problem still arises when the wrestling team travels to other schools. “Half the time when I go to other schools for wrestling matches, I have to be carried down the stairs when we’re going into the locker room,” said Zerba.

The students in the Special Education program struggled with access to the gym as well. “To get to the gym, we have to go out to [the ramp by the east wing], go up the ramp, and go all the way around to the back, because that’s the only way you can access the gym is the back doors,” said Trask. “During the construction, we had no access to the gym because it was fenced off, so my kids didn’t go to PE for the first month and a half of school.”

What needs to happen next to improve accessibility for everyone

As the 2012 bond reaches its conclusion in 2020, it’s vital that people continue to expand their knowledge and advocate for accessibility in the community. “It’s easy to forget,” said Trask. “It’s really easy for us to walk up and down stairs and we don’t really notice it.” Trask also stressed the importance of being considerate of others when it comes to accessibility; avoid blocking accessible entrances, parking in disabled spaces, or sitting in front of the elevator.

Recently the PPS Board voted to refer a new bond to the May ballot. This health, safety, and modernization bond would continue the work of the 2012 bond to modernize all schools in the district.

“We’re all working— we have a beautiful old city— but it has a legacy of not having any ADA considerations incorporated into the design,” said Mayne. “That’s a part of a long range plan, over a 30-year period we’re going to upgrade and rebuild all of our schools to bring them all up to modern standards both for ADA and seismic and health and safety as well as making them more functional for 21st Century learning.” 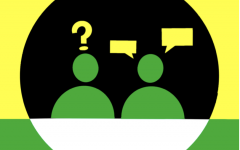 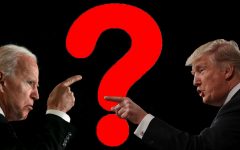 The Possible Aftermath of the Election

Distance Learning with the Cleveland Students 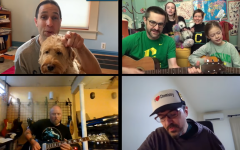 “Everything Is Gonna Be All Right”: Cleveland Staff Releases Heartwarming Video

The Clarion welcomes comments from our readers that adhere to normal, constructive comments. We will not tolerate or print any racist, bigoted or hate speech.
All Clarion Picks Reader Picks Sort: Newest

This site uses Akismet to reduce spam. Learn how your comment data is processed.